Sensational!!! Islamist organizations conspired the arrest of PM Modi in South Africa ahead of BRICS Summit but their plan..

An inspiring story of a..

What will struck your mind is, when you hear that the fastest growing economies of the world had failed in connecting 151 villages in Malkangiri district of Odisha to the State. This area was called liberated zone by the Maoists which was completely cut off from the rest of the state for almost last 46 years, has been now finally connected back!!

The lost connection was due to the Machhkund and Balimela reservoirs in the Chitrakonda forest has now finally been reconnected to the state.

The bridge has been constructed at a cost of over Rs 187 crore, will link 151 villages of 10 Panchayats that have been cut off for nearly six decades after construction of the major irrigation project with the mainland. Now, the cut-off region will be known as ‘Swabhiman Anchala’ (self-esteemed area).

It had been cut off from the mainland due to a hydel project in 1972. A half-hearted attempt was made in 1982 when the Odisha government planned for a ‘hanging bridge’ at a cost of Rs 7 crore. But government lethargy resulted in the project never taking off.

Gradually, these 151 villages were separated by a reservoir in the Chitrakonda forest area, drifted away from the political mainstream into the lap of the Maoists. “The Andhra Maoists found here the perfect refuge, which they declared as a liberated zone,” as reported by Economic Times. 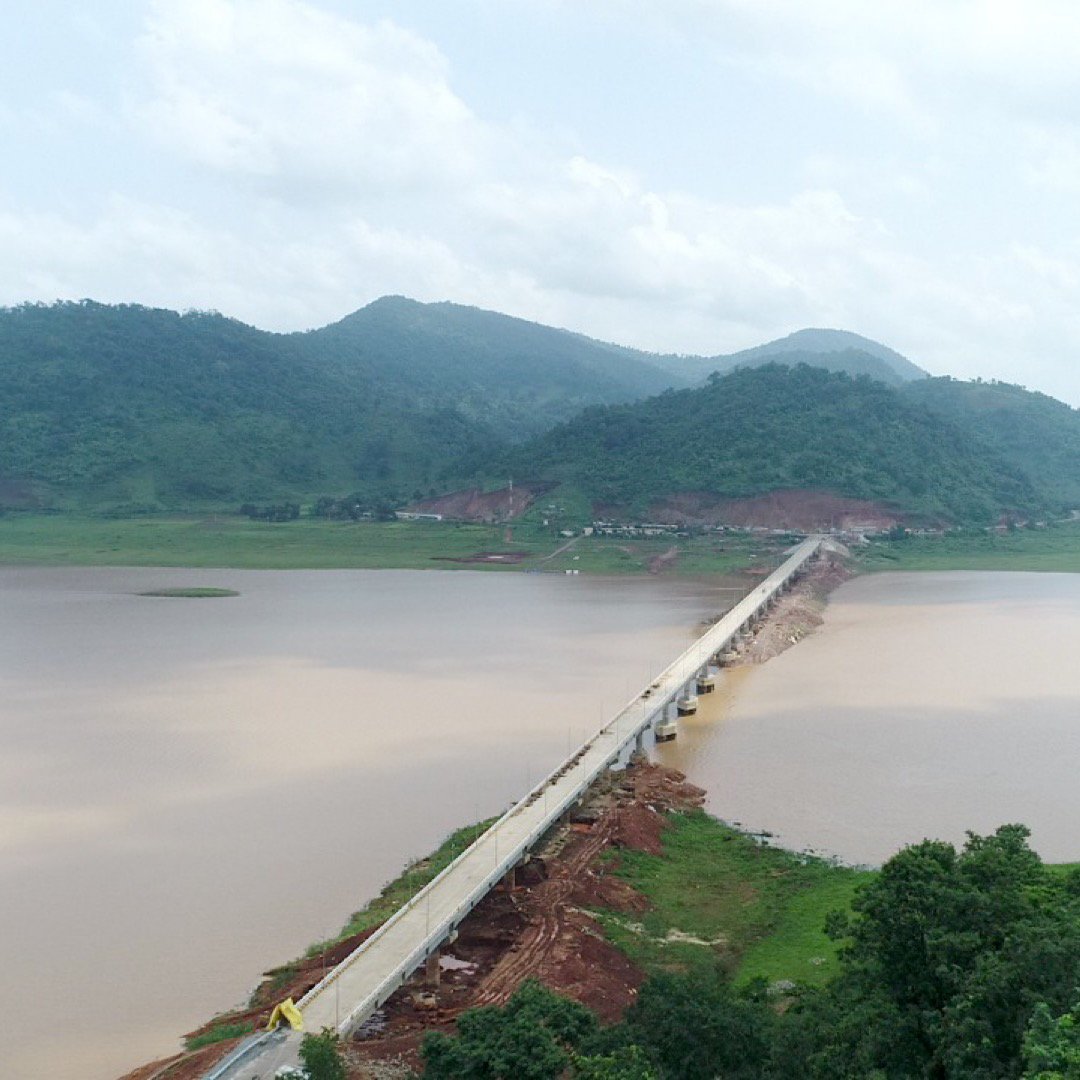 Earlier,the Naveen Patnaik government went pillar to post, requesting the home ministry and other agencies to execute it under schemes for LWE affected areas, but no concrete plan could emerge. It was considered simply too risky. The state, however, dug its heels and decided to go it alone. the task was accomplished and a bridge called the “Gurupriya Bridge” is now ready for inauguration.

As stated by a senior official ( who did not wish to disclose his name) Maoists threats have surfaced. “We may still see landmine explosions and the occasional killing in the name of police informers but the Gurupriya shows that the battle is won. It has boosted the confidence of the state, its machinery and its people”.

A visit to the doctor, bank or anything involving the state administration would normally take days. “Our shopping, our bank, our tehsil, our block everything is across the river at Chitrakonda. If after the bridge we still need to go there then what’s the point of the bridge,” says Sinderi hopeful bridge will bring roads, healthcare and education to their doorsteps. 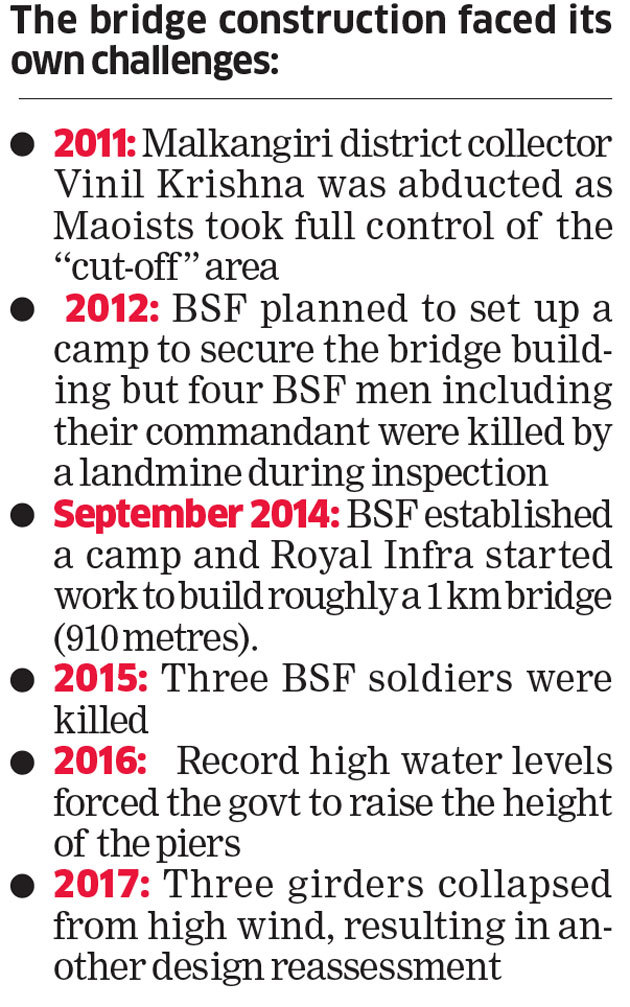 “In rainy weather like this it would be inhuman to take the boat instead. We did build the bridge for them after all,” says Laxmi Narayan Muduli, inspector-in-charge of the Papermetla station.

I am pretty sure the Home Ministry and Rajnath Singh are to be credited for the achievement. The state government of Odisha has been there for 15 long years and did nothing for so long. It is the present Central Government and its proactive central forces who are responsible for cleaning out the mess. Development has just started its way under the Central Government.