Day by day it is getting impossible to survive in West Bengal if one follows the democratic values and the path of truth. In a shocking incident of violence, two students from ABVP have been shot dead in Mamata Banerjee’s West Bengal and the reason behind this will send shivers down your spine and will haunt you for days.

The fight all started due to the Hitler mentality of Mamata Banerjee’s TMC government. When the students in the Darivit High School in West Bengal’s Islampur wanted Bangla teacher, the state government sent Urdu teachers.

That’s when the students got enraged and decided to protest by blocking the way of new teachers; note that these teacher were not required at all and few claim that there were not Urdu students at all. But the police on orders on Mamata Banerjee’s government opened fire at the innocent students who didn’t even posses weapons.

Have a look at the horrific pictures below: 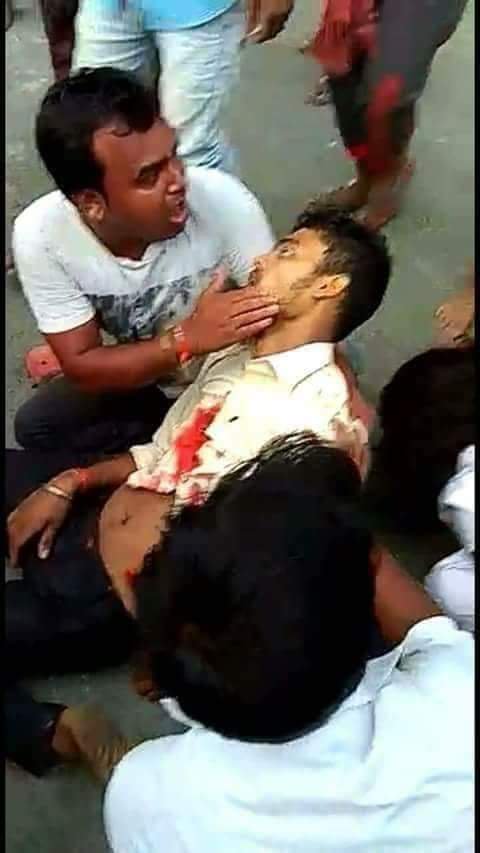 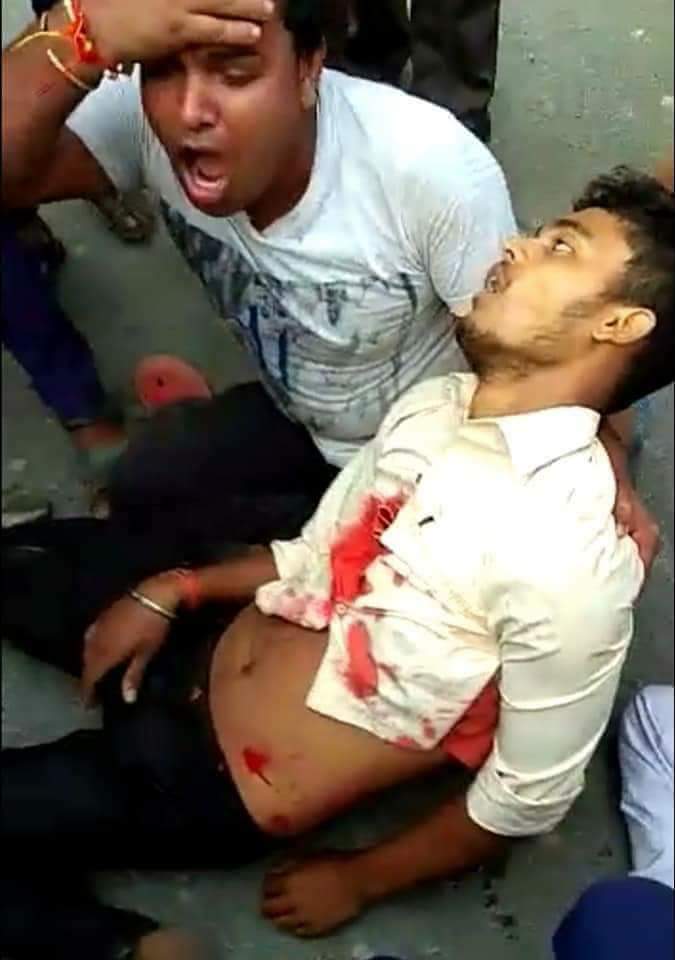 Shocked by the violence, ABVP said “ABVP is shocked at the blatant misuse of police machinery by the Government of West Bengal. The West Bengal Police opened fire on protesting students in Darivit High School in West Bengal’s Islampur. The firing claimed life of two ABVP karyakarthas, Rajesh Sarkar and Tapan Barman”.

ABVP expressed its anger and urged the central government to step in and save the students from the anarchy of Mamata Banerjee saying, “If playing with students’ future by not recruiting required teachers was not enough, the West Bengal Govt is now playing with their lives by opening fire on students seeking justice! This treatment to students is harrowing! We request the Govt of India to look into this incident”.

ABVP is shocked at the blatant misuse of police machinery by the Government of West Bengal!

Not just students, even women protesters were abused and manhandled:

Yes, you heard it write. Just for demanding the required subject teacher, not just 2 innocent lives were claimed but even the protesters were thrashed and abused. Several students and villagers who backed students’ demands were brutally injured and were admitted to the hospitals.

The West Bengal state CM (being a woman), she didn’t show mercy at the women in the protest. That’s the state of governance for you in West Bengal. Sadly, none of the mainstream media didn’t highlight this violence and few even tried to hide it by comparing students as “mob”.

“We were holding a blockade at the entrance of the school protesting against Urdu teacher appointment but police suddenly opened fire on us. They even manhandled and verbally abused the women”said a student.

When hardcore left-wingers like Kanhaiya Kumar abused the Indian Army, the pseudo activists (few are arrested for plotting to kill India’s PM) portrayed him as a hero. But now when the real heroes are killed in broad day light, these activists and other political parties are just acting blind.

Only the BJP has come out in open to support the students. District BJP President Shankar Chakraborty said “The incident shows how police are acting at the behest of the ruling party. Implications of this incident will be felt across the district”.

In Jammu and Kashmir's Rajouri, the Indian Army constructs footbridge for school children!