Meet the Greatest ‘Spy’ of..

This year has been one of many and major successes on the foreign policy/diplomatic front. Prime Minister Modi has made aggressive moves on this front now a normal. Here’s reviewing some of the most important events concerning this aspect in 2017 –

• Doklam – This event was the feature of the year. The world was singularly focused on the standoff fearing that it may escalate and lead to a conflict between the two Asian heavyweights. But that was not to be so. New Delhi intervened with its army when China began construction of a road to safeguard both its and Bhutan’s interests. China didn’t expect this at all, and this sent a huge message to India’s friends that it’ll stand with them in tough situations. As the standoff began, Chinese media indulged in unparalleled saber-rattling threatening India with war, even a repeat of 1962. It even made viral old videos of war drills being conducted in Tibet only to force India to back away out of fear of a war. Despite everything, the Narendra Modi government backed the army and gave it freedom to act, and didn’t succumb to the relentless pressure from the Chinese, and forced not only China to retrieve its troops but also stop road construction. • Opposing OBOR – The spine that India showed in publicly boycotting the OBOR summit in China was praised even by Narendra Modi’s hardcore critics in India especially in the media. No major power had the guts to do despite many having serious reservations towards the ambitious project. Even the US who sees its power waning with China’s expanding might couldn’t boycott the summit. India stood firm on grounds of sovereignty, and principles of equity and transparency, and called the project a colonial enterprise. It was only after India’s explicit stand that nations like the US, Japan and Australia too began flagging their concerns in relation to the OBOR. A US expert on world affairs said that Prime Minister Modi was the only leader in the world who’s stood up to China. 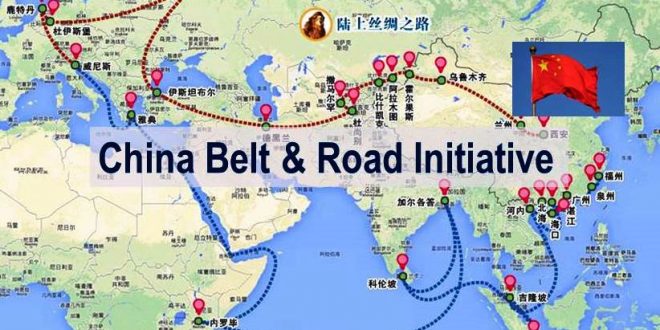 • Chabahar Port – This is a game-changer for India. The port enables India quick access to the Middle East and to even Central Europe. The most crucial advantage of the port is that India’s trade and aid to Afghanistan has already begun to expand thus making Pakistan irrelevant. Its geographical advantage has been nullified. A stronger Afghanistan is India’s perfect ploy to counter Pakistan, and this exactly what the Modi government is doing through the Chabahar Port. BJP’s win in 2017 assembly elections has sent tremors in all parties, after AAP, now huge crisis in Samajwadi party! Is Kejriwal listening ? After Mumbai, it’s the turn of Ranchi to have CCTVs ! 10 strange temples of India you have never heard about!