Neither PM Modi, Nor Amit Shah ! Do you know who are the star campaigners leading BJP to..

Neither PM Modi, Nor Amit..

One year back, there was a report in all leading newspapers saying that Karnataka is the most corrupt state in the entire country. This survey was conducted by Centre for Media Studies which took up surveys in 20 states including Karnataka, Andhra Pradesh, Tamil Nadu, Maharashtra, Jammu & Kashmir and Punjab. The poll was based on people’s opinion in paying bribes for public services, government works and minister’s conduct.

The result indicated that Karnataka was the most corrupt state in the country with people complaining about paying bribes with least functioning government. There is a reason why Karnataka got such results. While the politicians in Karnataka Congress government have turned richest among all politicians in the state, it is obvious that the state will suffer. When all public money is going into the pockets of politicians, the state is bound to suffer.

Priya Krishna, is the Elder son of MLA and Housing Minister Sri M Krishnappa. He is the MLA from Govindarajanagar who is the richest among all candidates with assets worth over Rs1,020 crores. He owns 19 expensive imported cars which include Audi, A Mercedes E220 and a E270, a Mitsubishi Montero, 15 SUVs and MUVs.

N Nagaraju is another candidate who is set to be one of the richest candidates of Congress with an asset value of over Rs 1,015 crores. He is the MLA from Hoskote who was raided by IT department for possessing illegal wealth. I-T sleuths had searched his residence at Garudacharpalya, near Mahadevapura, and several other premises owned by his family. This includes an educational institution that his family runs in Hoskote. Sources said the premises belonging to his aide Nagappa, and a few relatives.

D K Shivakumar is one of the most influential candidate of Congress and one among the richest. This man who is the Power minister of Karnataka is said to be the treasurer of the Congress party. He is considered close to Sonia and Rahul Gandhi and has declared assets of over Rs 840 crores.

But this is just the declared assets and according to few inside information, D K Shivakumar is one of the most corrupt MLAs who has enormous wealth and properties in and outside India. A man who joined Congress as just a small worker has today become the money bag for the Congress party which shows to what extent he has served the people.

K J George is another politician who came from nothing and today he is called the crorepatis in Congress. This man who is said to be another close aide of the Gandhi family and Siddaramaiah. George who moved from Kerala to Karnataka in 1970s joined politics and started business parallelly in Kodagu and Chikkamagaluru occupying many forest lands and indulged himself in timber business. It is said that this man literally made the forest area barren with his timber business.

Today he owns hundreds of acres of forest lands, bungalows and lives a posh life in Bangalore in most expensive areas. He has declared that his total assets worth upto 60 crores. Harris Nalapad requires no introduction after his son became a talking point in a pub attack case, where he and his friends attacked a person called Vidvat. But for people living in Shantinagar (Harris Constituency) he is well known rowdy element and goonda family. They are well known to attack those people who question them. Harris and his sons own various restaurants, bars and are also involved in roll call business according to reports. His son owns a number of luxury cars and resorts. He has declared an asset worth 133 crores. 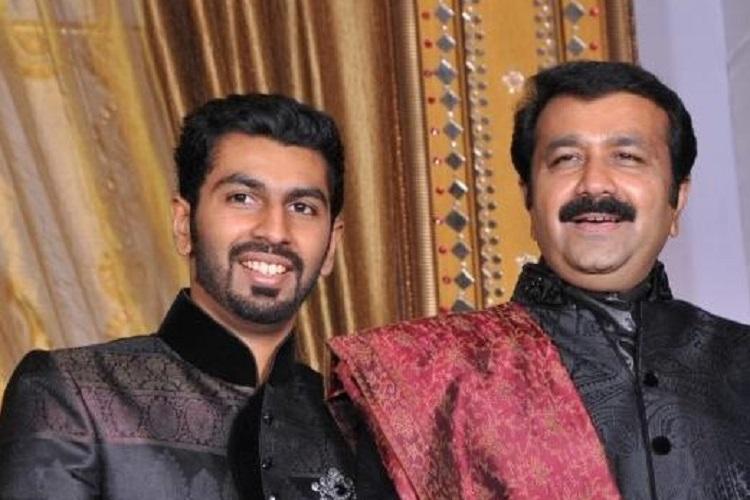 So, the big question is how did these people make so much money in 5-10 years without doing any work? It is very obvious that most of the ministers in Karnataka government have looted people’s money and turned the state into most corrupt state of India. It is unfortunate that those people who came to serve people are rather serving themselves and their families instead of the country.

It is important that such people are identified and sent out of politics before they loot the entire Nation.