Uniform Civil Code! Why it..

Since our childhood, we are often taught to praise Nehru and Gandhi family than anyone in the history of India. We have been trained to ignore the contributions of people like Bhagat Singh, Chandrashekhar Azad or even Subash Chandra Bose who sacrificed their lives for the country. All we remember studying is that Gandhi-Nehru fought for independence, Gandhiji’s satyagraha got us independence, Nehru was first PM, he was called the father of modern India, he loved children, used a red rose on his jacket.

But we do not realise that more than Nehru or even Gandhiji, there were thousands of Indians who gave their sweat and blood for the country. Unfortunately, even after independence, we continued to carry the fake legacy of the Nehru-Gandhi family and after Nehru, it was Indira, after Indira it was Rajiv, later it was Sonia who ruled back doors and now Rahul Gandhi wants to be PM. We were made to believe an illusion created by the Congress Eco-system that Nehru-Indira-Rajiv were the architects of modern India. Probably India has done a great injustice to our patriots that no other country has ever done.

On August 17, 2014, Narendra Modi government passed an order dissolving the 64 year institution -Planning Commission and formed a new committee called the NITI Aayog. The planning Commission was filled with corruption, policy failures and its inability to cope with the changing dynamics of the Indian economy. Once it was realized that the institution can no longer be rectified, the only option left was to shut it down. The Congress then created a big hue and cry blaming PM Modi for dissolving Planning Commission and called it vendetta against Nehru family. They made big statements that PM Modi destroyed the brain child of the first Prime Minister of India.

But before they say Nehru’s legacy was destroyed,  they should first question whether planning commission was really the brain child of Nehru?!

Calling Planning Commission Nehru’s brain child is an insult and betrayal to the man who actually formed it. Yes, it was not Nehru who thought about forming Planning Commission, but it was Subash Chandra Bose who was the architect of the planning commission. 12 years before the Planning Commission was formed, Subash Chandra Bose who was the President of the Congress Party first proposed the plan to have an economic think tank which can work to revive the Indian economy. It was on February 1938 Haripura session of the Indian National Congress, where Bose addressed the Congress cadre as the President of INC and gave a remarkable speech which became a landmark event.

In his speech, Bose had quoted that India must adopt a uniform Roman script. He laid out his plan for economic and overall growth of the country and suggested the members to set up an Economic think tank called the Planning Commission which can frame policies based on the requirement of the country to fight poverty, unemployment and develop agriculture, industrial and manufacturing sectors.

Bose said “A comprehensive scheme of industrial development under state-ownership and state-control will be indispensable.” And for this, “The planning commission will have to consider carefully and decide which of the home industries could be revived despite the competition of modern factories and in which sphere, large scale production should be encouraged.”

“The state on the advice of a planning commission, will have to adopt a comprehensive scheme for gradually socialising our entire agricultural and industrial system in both the spheres of production and appropriation.”

His vision for India was 50 years ahead where he wanted India to grow as agricultural, manufacturing and industrial hub and wanted Indian companies to flourish for the overall development of the country. Later in October the same year, Bose convened a conference of the provincial minister of industries where he laid the blue print of the commission. The onus to select the Chairperson to head the committee was on Bose, but his choice was never Jawaharlal Nehru as many people think. The man who he opted had thought very much like Bose and was regarded the genius Engineer. He was none other than Bharat Ratna Sir M Visveshwaraiah (Sir M V).  Yes, in 1938 Bose recommended his name for the Chairman of the Planning Commission. Sir M Visveshwaraiah had in 1934 written a book on A Planned Economy For India” which had become quite popular and a favorite of Subash Chandra Bose.

Four years before Bose spoke about Planning Commission, Sir M Visveshwaraiah had written a brilliant 300 page book which detailed the full vision for a planned Indian economy. It included a 10 year plan for the country with outline of the roles of Planning Commission. 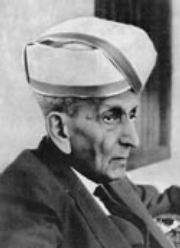 In his book, Sir M V explained “Left to private enterprise, industries will not make satisfactory progress. Government should take the lead, as every progressive government is doing now; bold policies should be laid down and adhered to, an official organization… should be brought into existence, and correct, comprehensive reports of progress supported by adequate statistics should be published yearly…”  And this was exactly why Bose choose Sir M V as the chairperson of the planning commission and believed that there cannot be a better person to lead the Planning commission. Sadly in 1939, Bose was made to resign as the President of the INC because of his repeated clash with Nehru. He later completely shifted his focus to Indian National Army and the entire process of Planning Commission was brought to a halt. Bose was completely neglected by the Congress and got no support from any of its members. Bose who was very much focused on his mission to free India and have planned economy opened the Free India Centre in Berlin. He created a flag, anthem, currency and stamps for Free India and even took forward the plan of National Planning Commission for Azad Hind.

But the World War II in the 1940s made it tough for Bose to focus on the Planning Commission and later his disappearance in 1945 completely orphaned all his plan for the country.

In 1950, 2 years after independence, Scientist Meghnad Saha persuaded Nehru to take up the initiative to set up Planning Commission. But since the entire team had technocrats, scientists and academicians, Nehru was reluctant to support the Planning Commission and eyed the Chairmanship of the institution. It was then Meghnad Saha requested Sir M Visveshwaraiah to step down as chairperson claiming without political leadership, Bose’s baby would be seen as too academic. Sir M V without speaking a word, bowed out and resigned as the chairperson of planning commission. Nehru was later made the head of the committee and more than it being the economic think tank of the country turned out to be a political lobby which eventually got engulfed in corruption and nepotism. The great institution which was built by Bose and Visveshwaraiah with millions of dreams for our people was destroyed by selfish politicians which went to the extent that it longer could revive itself and was ultimately shut down in 2014.

This is exactly why we say it will be a great injustice to Bose if we term Planning Commission was the brain child of Nehru!!!