What are the reasons for the continuous downfall of AAP? Why is Arvind Kejriwal on the verge of disappearing..

Do you know the six..

What are the reasons for..

“The 2018 Budget is likely to hike the tax exemption limit from the existing Rs. 2.5 lakh per annum to at least Rs 3 lakh if not Rs 5 lakh per annum”. 2018 Budget is gonna come as a blessing to the middle income groups mainly the salaried class. The Budget which is gonna be unveiled this year is gonna result with a huge relief to the working class trying to combat with the raising standard of living. 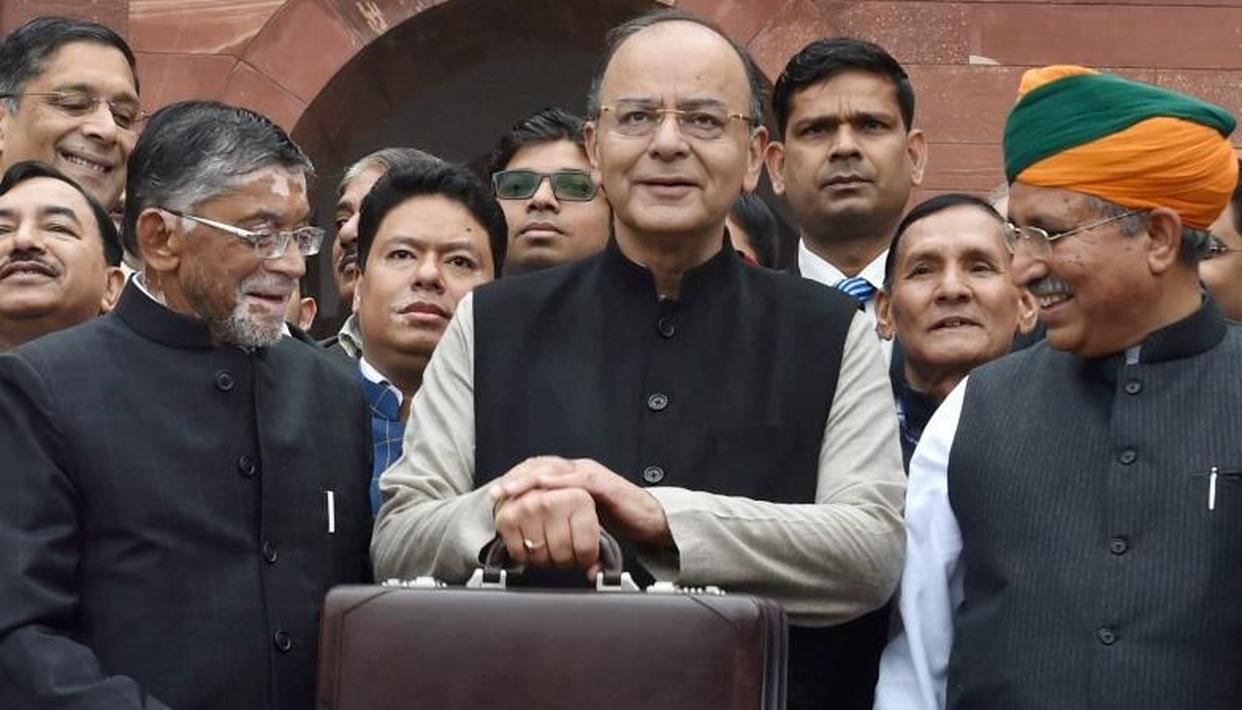 The salaried class can hope for a major gift this year from the government in the form of “2018-2019 Budget” meant to be unveiled on 1st of February this year, which will also be the last regular budget of the NDA government. In its last budget, the NDA government is trying with its maximum efforts to benefit the middle class groups. The NDA government could lower tax rate by:

 At present, there is no tax slab for income between 10-20 lakh.

The tinkering of the tax slab is also being actively considered by the ministry to give substantial relief to the salaried or the middle class groups. In order to help them survive over with the inflation rates which have started rising up in the present times. In the last Budget, Finance Minister Arun Jaitley left the slabs unchanged but gave marginal relief to small tax payer by reducing the rate from 10% to 5% for individuals having an annual income between Rs. 2.5-5 lakh.

“Considering the steep rise in the cost of living due to inflation, it is suggested that basic limit for exemption and other income slabs should be enhanced to give benefit to the low-income group. The income trigger for peak rate in other countries is significantly higher,” said the Indian industry chamber CII in its pre-Budget memorandum to the finance ministry.

Although the industry chambers want the government to reduce peak tax slab to 25%, it is unlikely that the ministry will agree to that due to pressure on fiscal deficit. The subdued indirect tax collection following roll out of Goods and Services Tax from 1st of July last year has put pressure on the fiscal deficit, which has been pegged at 3.2 per cent of the GDP for 2017-18.

The government recently raised borrowing target by additional Rs. 50,000 crore for the current fiscal to meet the shortfall.

There is a likelihood that demonetization effects may linger around for some more months and hence there is a need to further boost demand and therefore the government should consider revision of income tax slabs, by raising the income level on which peak tax rate would trigger.

“This would improve purchasing power and create additional demand. For individual taxpayers, 30 per cent tax rate should be applicable only if the income is above Rs. 20 lakh. Additionally, interest rates should be lowered to enable affordable finance for conducting business operation and expansion,” said the industry body Federation of Indian chambers of commerce and Industry (FICCI).

The standard deduction facility which was meant to be available to salaried groups that had been abolished with effect from assessment year 2006-2007, the chambers have now suggested re- introduction of the standard deduction for salaried employees to at least Rs. 1 lakh to ease the tax burden of them and keeping in mind the rate of inflation and purchasing power of the salaried individual, which is dependent on salary available for disbursement. India is indeed heading towards change. PM Modi’s government is not just focusing on sorting out international and national issues but it has proved that common man is equally important to run a well-established economy. Adding to the credits, World Bank has complimented Narendra Modi government and has projected 7.3% growth for India in the year 2018 and 7.5% for the next two years.

India, despite initial setbacks from demonetization and Goods and Services Tax (GST) is estimated to have grown at 6.7 per cent in 2017, according to the 2018 Global Economics Prospect released by the World Bank. “In all likelihood India is going to register higher growth rate than other major emerging market economies in the next decade. So, I wouldn’t focus on the short-term numbers. I would look at the big picture for India and big picture is telling us that it has enormous potential,” Ayhan Kose, Director, Development Prospects Group, World Bank, told PTI in an interview.