After doubting the 2016 Surgical strike, Congress party doubts Air Strike on Pakistan and asks “Where is Pulwama terrorist’s..

Wing Commander Abhinandan will be..

After doubting the 2016 Surgical..

Day by day the tension between India and Pakistan is being escalating and this has spooked Pakistan than ever. While everything is normal in Indian side, the Pakistan side has totally in a state of fear. The terror nation had cut power supply on 27th February and after a meeting conducted by the Pakistan army chief, the terror nation has imposed an emergency in Karachi and Khyber Pakhtunkhwa have been put on high alert.

Below is the letter sent to several Pakistani government authorities: 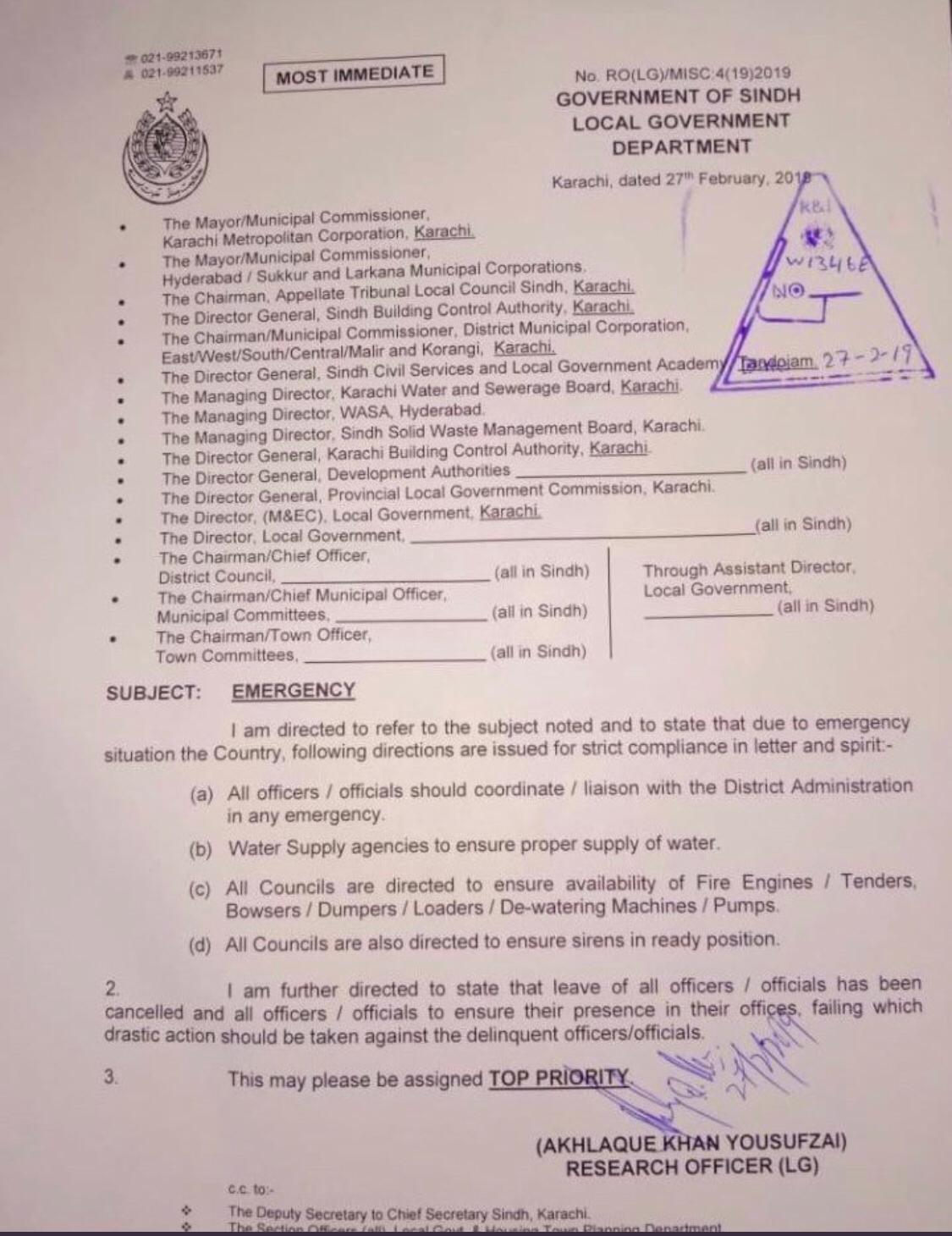 This makes it clear that Pakistan is totally terrified. And now to intensify the worries to Pakistan, India has scored a massive victory in international platforms and has managed to gain the world’s support to totally squeeze Pakistan.

As per the latest report, the United States, Britain and France on 27th Wednesday has proposed that the United Nations Security Council should blacklist the head of Pakistan-based terrorist group Jaish-e-Mohammad for its regular acts of terror.

India didn’t succeed in its previous attempts to blacklist the head of Pakistan-based terrorist group Jaish-e-Mohammad as China blocked India’s move saying that there is lack of evidence to prove India’s claim. Now that rest of the nations have openly backed India, Pakistan’s friend China is in a tight position. An Indian counter-terrorism official said “There is a direct link between the Pulwama attack carried out by Azhar’s Jaish-e-Mohammed and the Balakot camp that was run by his brother-in-law Yusuf Azhar, one of the five hijackers of the Indian Airlines flight IC-814, who is on the CBI’s listed of wanted criminals”.

Since the day of Pulwama attack, the Modi government had announced to avenge the martyrdom of 49 CRPF Jawans. Now even the Union Minister Arun Jaitely has hinted that India might take further tough actions by saying “I remember when US Navy Seals (commandos) went to Abbottabad to kill (Al-Qaeda chief) Osama bin Laden, then why can’t India? This used to be only an imagination, a wish, a frustration and disappointment. But it’s possible today”.

This indicates that the India might even formulate a covert operation to enter into Pakistan and nab the terror heads.