In a bold move by the Yogi Govt, 7 illegal Islamic shrines were demolished near holy Govardhan Parvat in..

The fake news saying there’s no generation of jobs under the Modi government has once again got a hammer blow. The best way to counter the fake news peddlers is by providing them with facts. And this time, the EPFO data has revealed how many lakhs of jobs are generated in India. 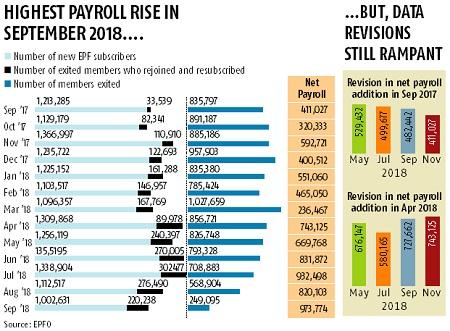 A report had also revealed that over 70 lakh jobs were created in the formal sector in the year 2017. Since the Modi government came to power, we had seen how entrepreneur friendly rules were formulated to boost the generation of jobs. MUDRA loans helped young minds to start their own business and this helped in job creation in local areas.

Along with this, Modi government focused on increasing jobs at the organised sectors by pushing the “Make in India” initiative. And we could say that all the efforts of Prime Minister Narendra Modi has paid off.

“There are more than 15,000 start-ups which the Government has helped and as we all know they are job multipliers. More than 13 crore loans were given under MUDRA Scheme. Is it unfair to expect that one loan would have created at least one more job for an additional person? There has been massive construction activity in the last four years, be it roads, railways or housing. All reports, whether national or international, show that poverty in India is on a decline. Can we think of such a possibility without people having jobs?” said a report.