The schemes and projects you have taken up are something which is connected to the ground helping the most deprived and neglected sections of the society. I have myself witnessed how much Mudra Scheme has helped hundreds of people in my hometown. Today they have been able to lead a dignified life. Similarly, the Ujjwala Yojana is another scheme which has changed the lives of the poor with free gas connection.

I remember very well, before 2014, hundreds of people used to gather near a chemical shop close to my place. The entire place used to get crowded within minutes every month blocking the traffic for hours. I used to witness there would be arguments, clashes and fights within people and the shopkeepers. I many times wondered what exactly was this fight about and why do people gather here every month. When I asked few, they had informed me that the people gathered here are farmers who come from villages to buy Urea. He said they fight as not everyone will get urea and the price is very high. Most of the urea supplied by the government is smuggled to industries and chemical factories.

But let me say, since 4 years, I haven’t witnessed single fight or clash in the same place which earlier looked like a riot scene. Yes, your decision to neem coat urea was something which put an end to illegal supply of urea to industries. With all these schemes, a developmental project there has been a positive feeling in the minds of people and a hope that is built about India.

However, there are few things that I feel your government has not taken seriously. Since you always say that you are interested to do simple things which can transform lives of many, I would like to raise certain concerns which are part of every day life. 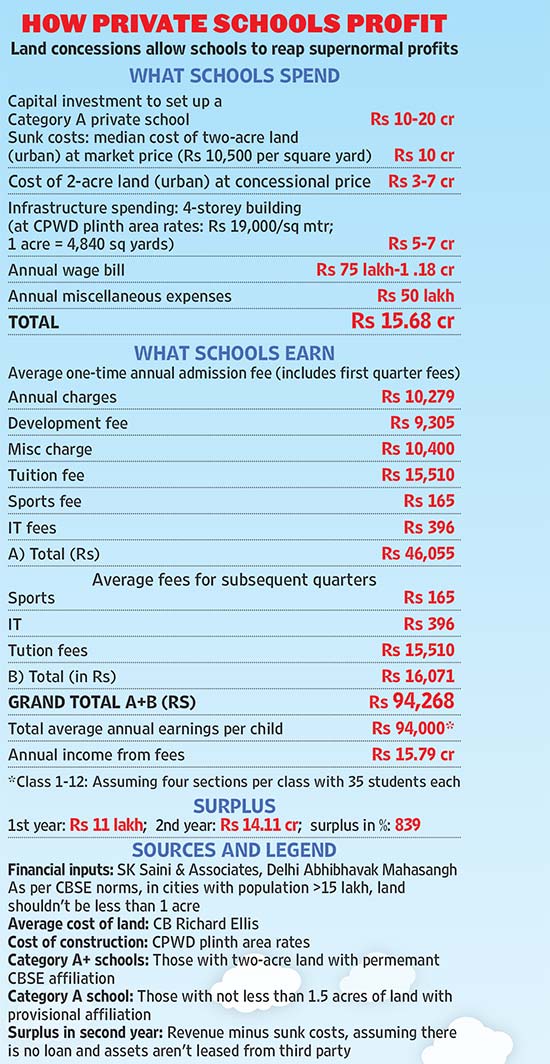 The schools also receive many concision from the Income Tax department, but who is taking the benefit is the big question. An article on Hindustan Times 2 years back, had revealed that how most of the private schools were cheating people in the name of salary hike. A teacher called Sunita Sharma had revealed how she was being paid Rs 28,500 by cheque, but later she had to withdraw Rs 6000 and give it back to the school. Another instance where a Sanskrit teacher revealed that she had to sign a cheque book she never used and the school would keep all the cheques. The school would later withdraw Rs 32,000, the salary what she received and pay her Rs 10,000 in cash.

According to reports, there are over 250 Million school going children in India and nearly 50% of the urban population go to private schools. So, we can imagine the catastrophic effect if every school turns into money making business. Sir, destroying education system is nothing but destroying the future of India.

2. The second issue I want to raise is a serious matter pertaining to Beggars. We talk about Congress Mukt Bharat, Dirt Mukt Bharat and many things. But on a serious note, we need to think about Beggars Mukt Bharat as well. Sir, when you launched the Swachh Bharat campaign for the first time, the entire country felt a sense of responsibility among themselves and realized the importance of keeping our country clean. It was not just about cleaning roads or parks, but the message of hygiene and providing toilets to the lower sections of the society was something which was very basic requirement and upheld the dignity of women. The Swachh Bharat indirectly was linked with improving tourists and economy of our country.

But we should not forget how much dent India has suffered due to beggar mafia. One may have noticed in metro cities, almost every traffic signal will have atleast 20-30 people carrying babies and begging. If we notice closely, most times these babies are covered in a cloth and always sleeping. We should know what is that they use to make the baby always sleep? A Fact Check done on these babies found that they were either given sleeping tablets or drugs to keep them asleep always. It was known that the beggar mafia works in groups and in every area they have a head who instructs what to do to the beggars. At the end of the day, the money collected should be given to the head who in turn gives to his boss who is no beggar but a filthy rich person sitting in a posh house. This mafia is said to be involved in child trafficking and kidnap. If in one city, in one traffic signal there are 5-10 kids being used, we can imagine how many kids life is being destroyed by this mafia.

I expect some strict action against this mafia. If the child Right commission set up patrol teams and take away kids from these people and interrogate the ladies who pretend to be their mothers, the truth will be out.

3. The third issue I want to raise is about the river rejuvenation. India is gifted with thousands of rivers and lakes, but it is unfortunate that since years people have forgotten to value this life-saving resource. I know you have always worked on restoring many lakes and rivers in Gujarat while you were the Chief Minister. Even after you became the Prime Minister you have launched many ground breaking projects like Ganga rejuvenation, Namami Ganga and river linking. Maharashtra has also shown progress by deciding to link 6 major river basin to help farmers in the state.

However, the pace of the work requires a maximum push and all the MPs and MLAs along with local leaders should participate actively in this work. I would suggest each MLA to take up atleast one constituency and get the rivers and lakes restored there. There are 4120 Assembly constituencies in India, and if atleast 50% of the MLAs can take up this initiative, then we can definitely see a massive improvement in the lives of farmers who suffer during droughts.

Your government has taken up many farmer oriented developmental schemes like soil health card, insurance, E markets, but in order to help farmers sustain agricultural growth and increase their income, there is a necessity to help them overcome droughts.

These above issues are something which I personally feel should be addressed with at most concern and importance which can transform society for better. I would like to request you to please take these issues as a priority and help the common people who are suffering from these issues. Narendra Modi Not Looking for Temporary Gains, What is his Real Plan After Demonetization?? Who is this man whose hand PM Modi is holding when he visited Kashi Temple? Know why PM made this gesture!