Have you ever heard about Taharrush? This is a terrifying “Rape Game” practiced in Islamic nations

People are questioning Congress “You..

Have you ever heard about..

Being one among the various beneficiary schemes run under the supervision of Prime Minister Narendra Modi, this welfare scheme under the Central Government has finally earned this milestone.

Though a few obstacles were faced in implementing the maternity benefit programme “Pradhan Mantri Matru Vandana Yojana” (PMMVY), the government has finally made headway and provided cash incentives to nearly 23.6 lakh beneficiaries out of an estimated 51.6 lakh a year.

The scheme was approved by the Union Cabinet in the month of May 2017 and expected to be rolled out in September. However, until January 2018, the government programme had covered only 90,000 women – a mere 2% of the target. 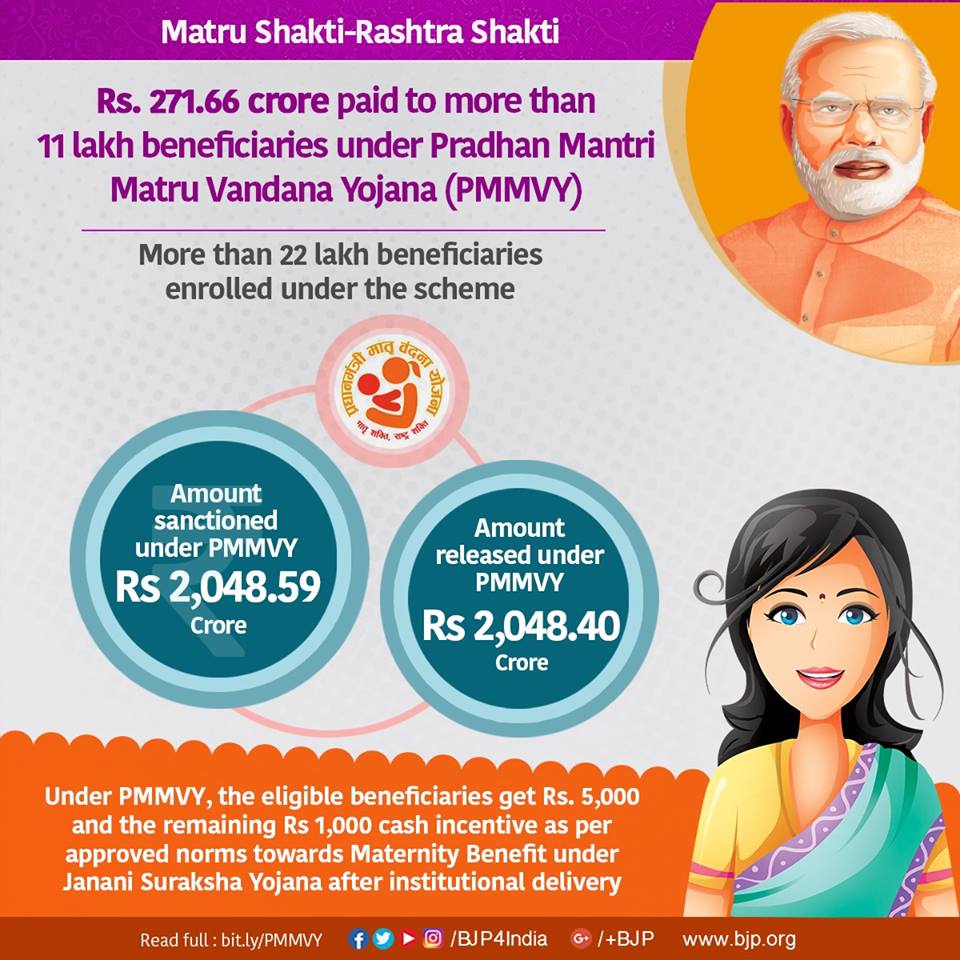 Under this beneficiary scheme led by the Prime Minister, pregnant women and lactating mothers are offered a cash incentive of ₹6,000 for the birth of their first child as partial compensation for wage loss, to reduce maternal mortality and malnutrition levels among children.

“Many States like Tamil Nadu, Telangana, Odisha and West Bengal have not yet come on board to implement the scheme. As these States account for nearly 25% of the total beneficiaries, we have actually been able to serve 23.6 lakh of the 38 lakh beneficiaries or more than 60% of women,” R.K. Shrivastava, Secretary, Women and Child Development, has said in an interview.

With over 17 lakh beneficiaries in a year, the Govt low-incomeuring steadfastly to ensure the holistic development of pregnant women, young mothers and children through the historic

With over 17 lakh beneficiaries in a year, the Govt is endeavouring steadfastly to ensure the holistic development of pregnant women, young mothers and children through the historic #PradhanMantriMatruVandanaYojana #SaafNiyatSahiVikas https://t.co/QpqLLm0aNd pic.twitter.com/vrb23u5zWE

This scheme led by PM Modi Government has come as a blessing for those working women who find tough times to lead a life after maternity. This scheme benefits especially those women who belong to middle income and low income groups. A lot of those women are thankful to our PM for this initiative he has thought of.

Have you ever heard about Taharrush? This is a terrifying "Rape Game" practiced in Islamic nations Upset with party, M B Patil, the man who helped Congress divide Lingayats in Karnataka to take call whether to resign from party!