Court asked a man not to continue engineering after he failed 17 subjects in 8 years! Now Yogi Adityanath..

Court asked a man not..

We have often seen some of the opposition leaders making fun of PM Mod’s ambitious project Namami Gange which was started to clean Ganga. The cleaning effort which started in Varanasi, the constituency of PM Modi saw a marked difference in getting the ghats and river cleaned.

But the major problem Ganga faced was the discharge of the sewer and drainage into river which caused major pollution. The discharge from leather industries, chemical industries posed the greatest threat to Ganga which killed aquatic animals and polluted the river with harmful chemicals. 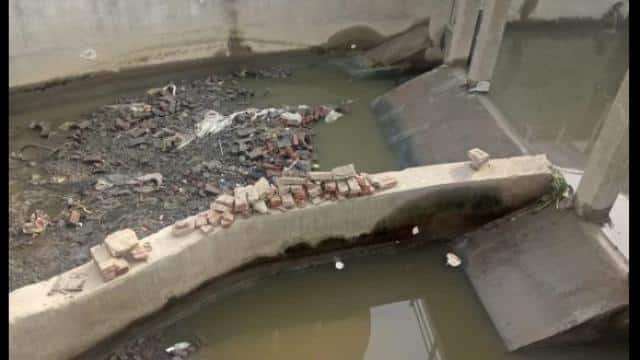 A report which was published in Live Hindustan  said that Asia’s largest drain was dumping its entire waste into Ganga. Yes, the Sissamau Nalla which is nearly 128 years old drain, was discharging 14 crore litres of sewage into Ganga every day. This was regarded as the major pollutant to river Ganga. But now the government has been successful in diverting the drain from Sissamau Nalla to Jajamau sewage treatment plant where the water will undergo treatment before it is discharged or reused.

The sewage from Sassamau Nalla was dumped into Ganga near the Bhairo Ghat which had turned the entire place a dumping yard. Initially the government was successful in diverting 8 crore litre sewage into treatment plant, but another 6 crore was still being let into Ganga and stopping this was the most difficult task. But the Uttar Pradesh’s Jal Mandali and the engineers of the Namami Gange project finally worked out a  plan where the 6 crore litre sewage has been finally diverted to water treatment plant.

According to reports, the biggest hurdle the engineers faced was to control the velocity of the sewage which was same as that of canal. A drain from the British era existed on the same route where the new pipelines were installed which further created problems to divert the sewage to a treatment plant which was 9.5 Km away from the place. But with the hardwork and commitment, the engineers have been able to achieve the task of diverting the sewage.This was one of the major tasks under Namami Gange project which has cleared most of the pollutant.

Apart from this, the government has also been successful in diverting the waste from Mure mills and Nawabganj drain to same Jajamua plant. The two plants which released around 2.25 crore litres of waste into river has now been stopped. Another drain Dabka Nallah  which was dumping around 30 Lakh litres of sewage into river was shut down by the government recently.

The Uttar pradesh government and Uttrakhand governments were working in tandem and said the Namami Gange project was one of the top priority work and they were monitoring the process at every step. The Daily pioneer reported that the Uttrakhand government said 15 out of 32 projects were completed along the Ganga line and the work along Arihant, Vishnu Garden and the Kankhal was underway and will be completed very soon.

So, the Modi government which had promised to clean Ganga has definitely achieved a milestone in stopping the sewage dumping into Ganga solving one of the major problem. PM Modi who said he sees Ganga has his mother is fulfilling the promise he made 4 years back on the banks of Ganga and it is just a matter of time that the country will be able to see the Ganga river with its real beauty free from all pollution!