The 20 most clever inventions made by Indians, that most Indians do not know about!

Big Breaking!!! Lalu Yadav, who is jailed for 13 years, has been convicted in the fodder scam for the..

The 20 most clever inventions..

Actress Kangana Ranaut has always been a vocal person. Whether it’s her take on nepotism or her infamous fight with actor Hrithik Roshan, the ‘Queen’ actor has always said what is on her mind. Now, she has talked about her view of PM Narendra Modi. Kangana has hailed Modi for being at the topmost coveted post in the country.

Speaking at a session of News18 Rising India Summit on Saturday, Kangana said that she was a fan of Prime Minister Narendra Modi and his success story. The actress added that it was important that women need to have right role models. She said that PM Modi’s career graph makes him the “right role model” as the country has a Prime Minister who is a ‘chaiwala’ and it is not his victory, but the victory of our democracy.

Kangana Ranaut was in attendance at Rising India Summit. At the event, the actor spoke about many topics like her Bollywood career, being a nationalist and not to forget also about our Prime Minister Narendra Modi.
The “Tanu weds Manu” actor said she does not believe in religion and has come to the conclusion that her only identity is that she is an Indian.

“As a youth, I want to see growth in my life. I have come to this conclusion that if India does not grow then I won’t grow. I am an Indian and born an Indian. I have no other identity,” were the brilliant words that came from the actor.

“I said in some interview that I am a nationalist. People said ‘oh you are that type of a person’. I was like ‘what do you mean by that kind?’ I personally feel that there is a confusion between these words.

It Has Become ‘Cool’ To Criticise Our Country, And Not Stand For National Anthem: Kangana Ranaut On ‘Nationalism’

“Before all of this, I hadn’t even heard of the term nationalism. The good thing is that at least the word has got out. That there is a word like nationalism. You can have a choice whether you want to believe in it or not,” Kangana said.

Further talking about our PM, the actor confessed that she is a huge “fan” of Prime Minister Narendra Modi and said that woman in the country need to have right role models.

“I am a big Modi fan because of his success story. As a young woman I do believe that we need to have right role models. I mean the graph and the ambition of an ordinary man and whenever we have a PM who is a chaiwala, then I always say that it is not his victory but it is the victory of our democracy. I feel he is the right role model,” the actor said. 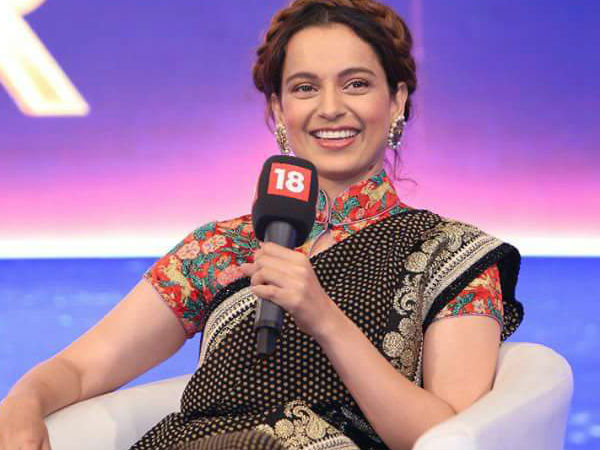 Kangana also weighed on about the controversy surrounding the Pakistani artists working in India, and said artistic world is different from physical world.

She also wondered why people have a problem with standing up for the national anthem and cited the example of Americans.”The Americans stand for their national anthem. Why do feel ashamed of standing? If you want to learn something from Americans, then learn good things from them,” she said.

Asked if a person does not agree with her opinion, Kangana said, “I don’t mind. But I am going to stand for my national anthem. Whenever there is something for my country, then I am going to side with my country, my soldiers, my army and I am a cool youngster if 21st century.” She was also critical of the people who whine about lack of infrastructure and cleanliness in the country and said they should take an initiative to clean the country.

“I meet people and it has become a cool thing to say bad things about your country…I hear the youths always complaining and whining that ‘the country does not have infrastructure and it is so dirty’… This attitude is not okay. If the country is dirty, then are you the guests? Why don’t you clean it.”