Few politicians and pseudo activists were hired to speak against Rafale deal to tarnish PM Modi’s image and block..

Since last few months after India aggressively launched several measures to safeguard its frontiers, neighboring nation like Pakistan and China seemed alarmed. While Pakistan kept blabbering that it has nuclear weapons, China openly backed this terrorist nation and further nurtured it.

But a tweeted dated on 5th of November that said “Today is historic because it marks the completing of the successful establishment of the nuclear triad. India’s nuclear triad will be an important pillar of global peace and stability” stunned each and every enemy of India. 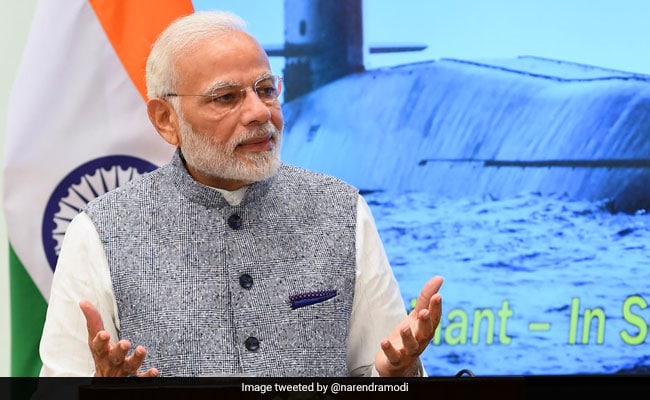 Yes, on November 5th India joined the elite group of nations that has the capability of firing nuclear weapons from land, air and sea after Indian Navy’s nuclear-capable submarine INS Arihant successfully completed its deterrence patrol.

INS Arihant that was built in Visakhapatnam started its trials in December 2014 and was commissioned in February 2016 that was a part of Indian Navy’s secretive Advanced Technology Vessel (ATV) project.

It was supervised by Prime Minister’s Office and the Department of Atomic Energy and the Submarine Design Group of the Directorate of Naval Design was monitoring this project and should be noted that Russia had assisted India in this project.

Now this has stunned Pakistan and has forced it to plead in front of international communities. Yes, Pakistani Ministry of Foreign Affairs Spokesperson Mohammad Faizal released a press statement saying:

Continuing the year old drama, he added “At the same time, no one should be in doubt about Pakistan’s resolve and capabilities to meet the challenges posed by the latest developments both in nuclear and conventional realms”.

This indicates that Pakistan is indeed scared of India’s growing strength in the global platform, both through diplomacy and defence. This will give a positive approach to India in matters of conflicts with neighboring nations.