BJP President Amit Shah’s debut speech in Rajya Sabha ended up as a nightmare to the Congress! Here’s what..

In a very disturbing incident, few Christian groups in Tamil Nadu entered the premises of the famous Kalaiyar Koil temple and Shivagangai temple in Tamil Nadu and claimed the property of the temple.

But the Christian groups threatened of filing a police complaint against the Hindu group after which war of words erupted between the two. The police instead of warning the Christian groups have shockingly arrested 11 members from the Hindu Makkal Katchi and filed a case against them. According to locals, many boys have been beaten by the police and have been barred from speaking to anyone. 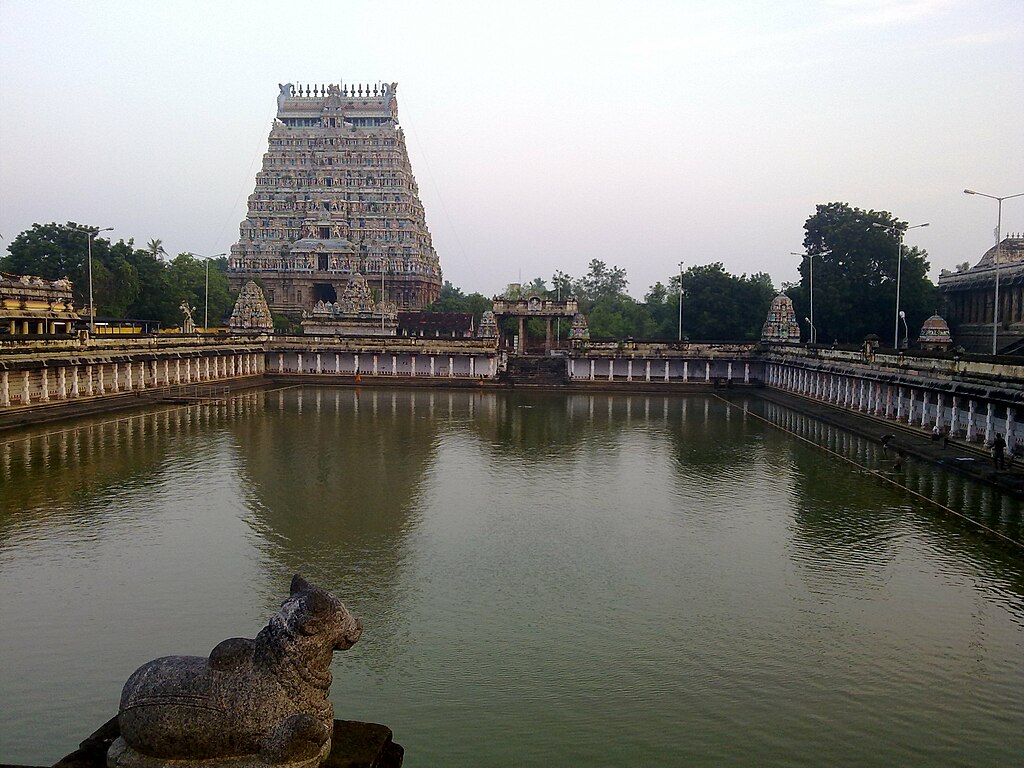 Massive tension erupted in the area after the Christian groups created problems in the temple with people demanding the Christians to leave the temple premises. Activists from Hindu Makkal Katchi said that Christians have entered two temples on the same day claiming the property which shows that it was a conspiracy to occupy the Hindu temples in Madurai.

What is shocking is, the entire episode of temple attack is being withheld by media and no TV channel is questioning the brazen attitude of the Christians. The locals in Madurai said this was a part of a larger plan by Christian Missionaries who are trying to occupy many temples in Tamil Nadu and converting them into Churches. They also accuse missionaries in the area of indulging in forcible conversion of lower class people luring them money. They say these incidents have become very common but police and district administration have never taken any action against these groups.

The attack on Temples by Christian groups has occurred just 2 days after the famous Madurai Meenakshi Temple caught massive fire. The temple is said to have suffered severe damage after the fire and the entire East entrance has been closed. The 1000 pillar hall also is said to have affected in the fire and devotees were not allowed inside. Madurai Meenakshi Temple is one of the oldest temple in India and in Tamil Nadu built by the Chola empire.

Madurai Meenakshi Amman temple premises was gutted in fire, around 7000 Sq.Ft of temple Prahara has been cordoned due to fire, damage is extensive. Still no arrests, no employee of #HRCE is responsible for this?
And the concerned minister is yet to visit the temple. 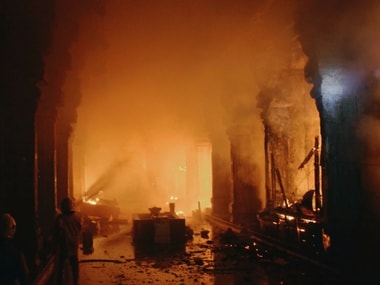 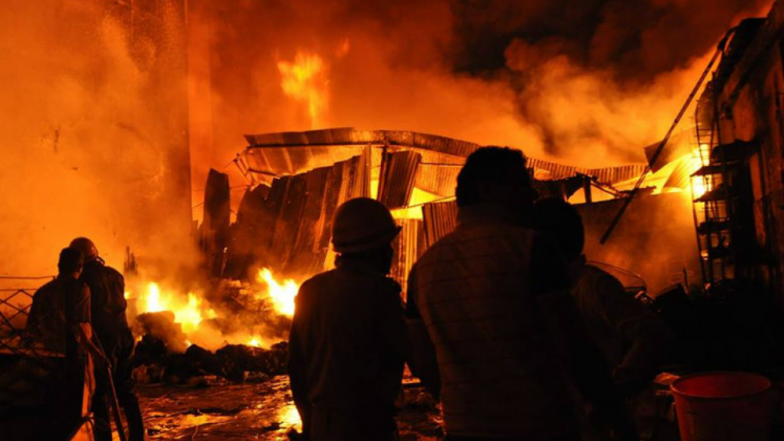 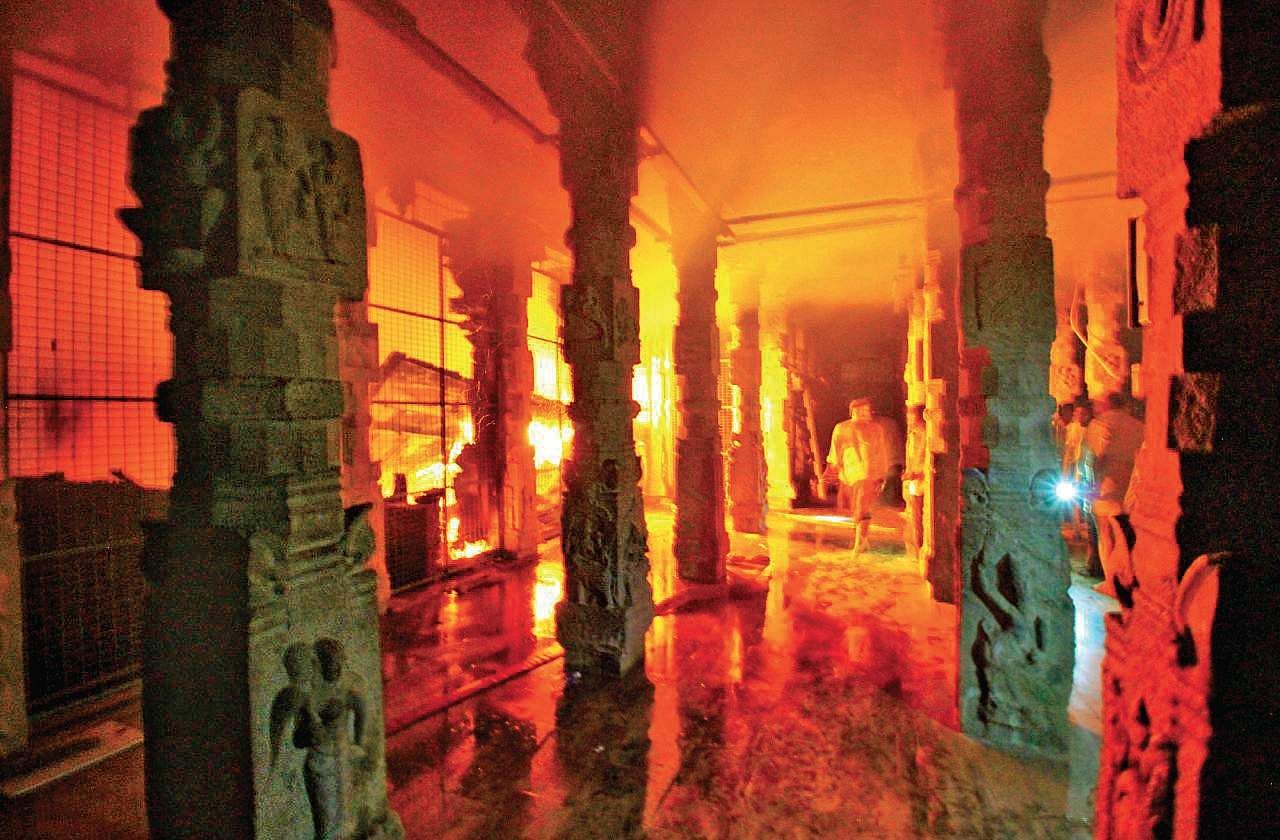 The fire was seen on 3rd February by devotees and no action was taken immediately to douse off the fire. The locals claim it may be work of some miscreants and accused the officials of trying to protect them. The police have still not been able to find the cause of fire and have remained mute of the issue. No minister, no MLA has visited the site since 3 days said the locals.

One more. Many such heart breaking things happening to temples in TN. Either HR&CE are brainless and useless officials or its done on purpose. this has gone till the high court who has threatened the govt to close the dept. I am Hoping for a large scale protest to stop this. pic.twitter.com/s2TIIKUYoG

According to sources, the inside premises of the temple suffered heavy damage with old inscriptions and writing burnt in the fire. So now people are demanding the arrest of the culprits and be brought to books. It was a painful moment said one of the devotees with teary eyes, who had come to visit the temple on Sunday.

Two unfortunate incidents happening in a span of 2-3 days in the same place has made people worry about the missionaries in Madurai. Many people from the Hindu Makkal Katchi blamed that Hindus and their temples were being targeted by foreign agencies since many years and now the threat has increased many folds. But no political parties dared to speak against the missionaries for vote bank politics and accused them of supporting these groups.

The media which would go hue cry if minorities are attacked, hasn’t spoken a word against the attack on Hindu temples. They have instead tried to play down the entire incident and thus giving a cover to these foreign funded agencies.

BJP President Amit Shah's debut speech in Rajya Sabha ended up as a nightmare to the Congress! Here's what he said