Trouble for Congress for making..

When asked what is women empowerment, few may say safeguarding the women around us round the clock. Hillary Clinton in her 2016 concession speech had said “to all the little girls who are watching, never doubt that you are valuable and powerful and deserving of every chance and opportunity in the world to pursue and achieve your own dreams”

But the lady commandos of the Central Reserve Police Force (CRPF) have changed the definition of what women empowerment is. Yes, they are now all set to tackle one of the biggest problem the nation is facing in the Jammu valley. Most of the times when the Indian Armed Forces had cordoned an area and were all set to eliminate the terrorists, the stone pelters (a.k.a terrorist sympathizers) had succeeded in saving them by pelting stones at the armed forces.

Tackling male stone pelters would be easy as compared to female pelters. Most of the time even the female pelters had succeeded in inflicting damage to the army operations. But henceforth it won’t take place as the Indian forces have come up with a masterstroke.

To get rid of these female pelters, the Central Reserve Police Force (CRPF) has formulated a strategy. Yes, for this the armed force has trained a team of lady commandos. “These women commandos have been given rigorous training which includes being blindfolded to deal with night-time deployment and repairing weapons in under a minute in case of any malfunction”, quoted ANI News.

This team of CRPF’s women wing is named as “Super 500”. If the women stone pelters create violence targeting the force, a ‘crack team’ of Super 500 commandos would be brought into action, stated a report. 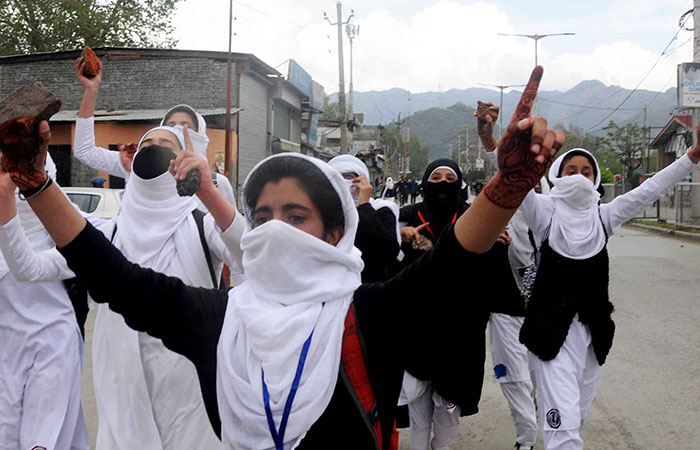 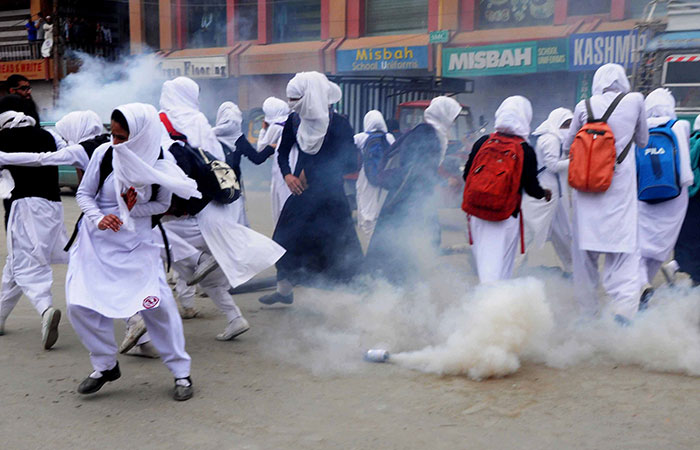 A year ago the Home Ministry intended to set-up an all-women battalion to deal with stone pelters in Jammu and Kashmir!

Yes, a year ago the Home Ministry had planned to curb the violence in the valley and had invited application for the same. The posts vacant were 5,000 but they had received 1,40,000 candidates. Out of this, 6,000 applicants were women.

Home Ministry official had then stated “an all-women India Reserve Battalion will be raised in Jammu and Kashmir to primarily deal with incidents like stone pelting”. The official also added “the exclusive contingent will be among the five IRBs the Centre has sanctioned for the state grappling with persistent violence. The women battalion would also be assigned other law and order duties but its personnel will be primarily deployed for tackling protesters. The process of recruitment to the five IRBs has started. Nearly 40 per cent of the applicants are from the Kashmir valley”.

Stone pelting will no longer remain as a profession for the misguided youths!

The separatists in Jammu and Kashmir have misguided the youths of Jammu and have pulled in towards anti-national activities. The situation is such that whenever an army operation takes place against the terrorists, the anti-nationals circular a bulk message to the misguided youths and ask them to assemble in a particular location and order to pelt stones at the security forces.

Their dream is Azadi and this will never happen as the Indian Army chief General Bipin Rawat had given them a strict warning and stated “Those who tell them this path will bring Azadi, misleading them. I want to tell Kashmiri youth that Azadi isn’t possible. I won’t happen. Don’t get carried away unnecessarily. Why are you picking up weapons? We will always fight those who seek Azadi, those who want to secede. (Azadi) is not going to happen, never”.