Due to Modi government’s diplomacy and initial victory in the International Court of Justice, the death penalty for former Indian Navy Officer Kulbhushan Jadhav was withheld. Mr Jadhav’s family even got an opportunity to meet him in Pakistan.

Due to this meet, Pakistan was entirely exposed in front of the world. The way Kulbhushan Jadhav is being treated; how his mother and wife were treated, everything got exposed. Even the External Affairs Ministry gave a befitting reply for the undignified behavior of Pakistani fanatics.

But did you know that Sarabjit Singh’s family, the Indian who was killed at Lahore prison in April 2013, was humiliated by Pakistan in the year 2008 but Congress party didn’t even condemn it!

The pain and mental trauma that the family of Sarabjit Singh underwent was expressed layer by layer after the ill-treatment of Kulbhushan Jadhav’s family surfaced. Dalbir Kaur, sister of Sarabjit Singh expressed every bit of the ordeal faced by her family when they travelled to Pakistan to meet Sarabjit Singh, who was wrongly convicted of terrorism and spying by a Pakistani court and sentenced to death in 1991.

Dalbir Kaur had even met Sarabjit Singh in 2011 but the treated was similar!

“I was the only one to be granted a visa. But this time too their treatment was no different. They took my ‘kirpan’ forcibly and when I asked them to at least keep it safely, they flung it in some corner showing disrespect which deeply hurt my religious sentiments”.

In the year 2013, Sarabjit’s sister, wife and two daughters had again traveled to Lahore to meet him but could see him from a distance. The reason was that he was brutally attacked and after few days he passed away. • First Pakistan portrayed the meeting of Jadhav’s family as a humanitarian gesture, they then humiliated the family by asking them to remove bindis, mangal sutras etc and separated the family from him by putting up a glass screen. Now, they have come up with this baseless charge of chip, camera etc.
• I think India has responded as strongly and appropriately as it should in such circumstances. From now on, we should be even more firm towards Pakistan because they deserve such treatment and can only understand tough language. 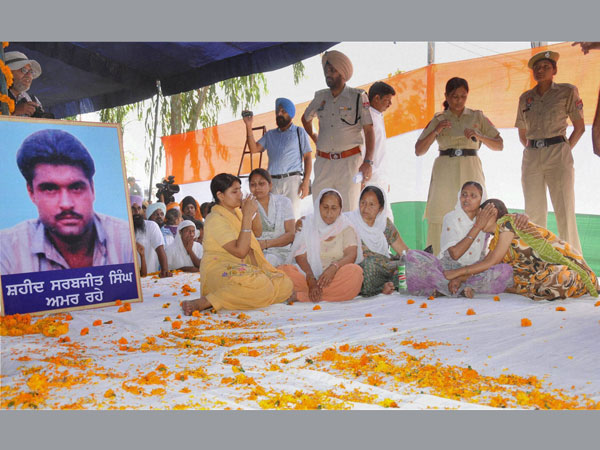 Including former PM and CM, all the politicians who visited this temple were killed or lost power! Do you know what Rahul Gandhi did yesterday? Election Commission has given a strict warning to all the political parties – know the details !