Did you know about the historic battle between Lord Krishna and Lord Shiva?

Did you know about the..

Do you know why Arvind..

In a fresh twist to the Nirav and Mehul roller-coaster, documents seized by investigators from the offices of Nirav Modi which are allegedly ledger entries and invoice records maintained by him for his high value clients. Certain transactions of jewellery it appears are claiming to be done made by Anita Singhvi, the wife of senior Congress leader Abhishek Manu Singhvi!

Like any other Congress leaders and celebrities, Abhishek Singhvi too had maintained that his family has no links with jewellery designer Nirav Modi and Gitanjali Group promoter Mehul Choksi and accused the BJP of playing “cheap politics”. He threatened to slap civil and criminal defamation charges against Defence Minister and BJP leader Nirmala Sitharaman if she did not apologize for “false and malicious allegations”.

The Congress leader has denied any knowledge of the transactions and said there’s “no way of accepting that the statement is correct”.

The entries in question recovered by the investigators are dated May 20, 2014; August 21, 2014; and January 17, 2015. The person named has made purchases worth approximately Rs 1.5 crore for which there is a proper tax invoice mentioning the PAN number of Anita Singhvi. These payments have been made by cheque.

Sources have further accessed diary notings maintained by Nirav Modi and his team in their computers which are termed ‘Unaccounted Payment’. The documents show corresponding entries with identical product details and dates, as the tax invoice raised, where ‘Unaccounted’ payment to the tune of about Rs 4.8 crore has been made. 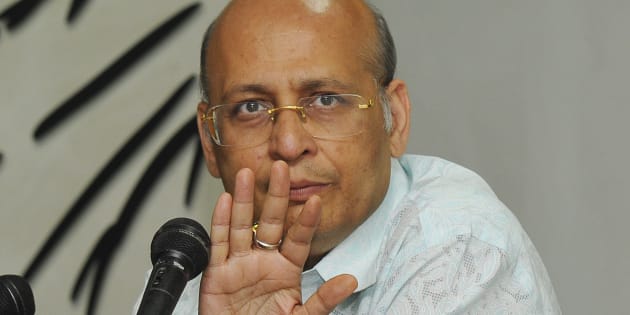 During the eight-minute-long conversation, Abhishek Singhvi denied any knowledge of the transactions. To a pointed question about the aforementioned noting, Singhvi said: “I have no idea about her jewellery purchases, but if you have found some statement from somebody’s computer, certainly there is no question in the remotest way of accepting that the statement is correct. I don’t know what statement you have. This is the first time that I have heard about this statement from you and this is totally something different from what is raised today. I have never heard of it and I deny completely the insinuations.”

Addressing the media, Defence Minister Nirmala Sitharaman had previously stated that the Congress and Congress’ eminent leaders are associated with this scandal.

“Fire Star Diamond International Pvt Ltd. is one of the companies of Nirav Modi. They have acquired it from Advait Holdings and one of the shareholders of it, since 2002, is Anita Singhvi. (Senior Congress leader Abhishek Manu Singhvi’s wife). The property of Adwait Holdings Pvt Ltd, whose directors are wife and son of Congress leader Abhishek Manu Singhvi, Anita Singhvi and Avishkar Singhvi, is rented to Nirav Modi’s jewellery company in Mumbai. Both companies have also done loan transactions. Despite the clear link with them, Congress party has the audacity to point fingers at BJP?” stated Nirmala Sitharaman.

The BJP/NDA’s cheap sense of politics has reached ludicrous and ridiculous proportions. Neither my wife, sons, nor me have anything whatsoever to do with Gitanjali or Nirav Modi’s companies,” Singhvi said in a statement.

“Neither I nor any member of my family has any interest in or relation to Nirav Modi or his companies. His company was a tenant in some commercial property owned by our family company. This tenancy ended in December 2017. None of us have anything to do even remotely with Gitanjali Company, Firestar Diamond International or any other business of Nirav Modi.”

“Defence minister Nirmala Sitharaman and her colleagues are liable to civil and criminal defamation for making ill-considered, ignorant and patently false allegations,” the Congress leader said.