Here after no politics in the name of caste! Bombay HC directs I&B Ministry to consider telling Media to..

Here after no politics in..

The Modi Assassination plot has become the National talking point since 2 days. It It was indeed shocking to know that some of the so called human rights activists, professors and lawyers were involved in planning the murder of the Prime Minister of India.

It all started last year in December, when the Maoists planned the Bhima Koregaon violence in Maharashtra to disrupt peace in the state and malign the Modi government of being anti dalit. The police who took up the investigation of Bhima Koregaon violence, arrested 5 people who were said to be in link with Maoists and orchestrated the violence. But the documents seized in their place revealed hard and shocking facts of Congress being the main sponsor of the Bhima Koregaon violence and it provided legal and financial support to these anti social elements.

But that was not it, more documents revealed that this same gang was plotting an assassination attempt on PM Modi. The letter of communication between a Maoist sympathizer and Comrade Prakash was produced in the court which revealed the entire plot. Just moments after the letter went viral on all media, the Maoist sympathizers have gone berserk  and are trying to downplay the plot.

But the sensational twist in this case is the role of Congress party in the assassination plan. According to the letter written to Comrade Prakash, the Maoists were in communication with many like minded people, political parties and minority heads and were trying to galvanize their support. So, which are those political parties the Maoists are referring to? The previous letters had clearly mentioned that Congress was giving them legal and financial help to all their activities since many months. So, Congress probably knew every plan the Maoist were doing against the country and PM Modi. The letter also revealed that Jignesh Mevani was a conduit working between the Congress and the Maoists. This was proved when one of Rahul Gandhi’s close aide Alankar Sawai was caught in Jignesh Mevani’s press meet. The moment he was spotted by the Republic TV, he literally started running away from the spot. 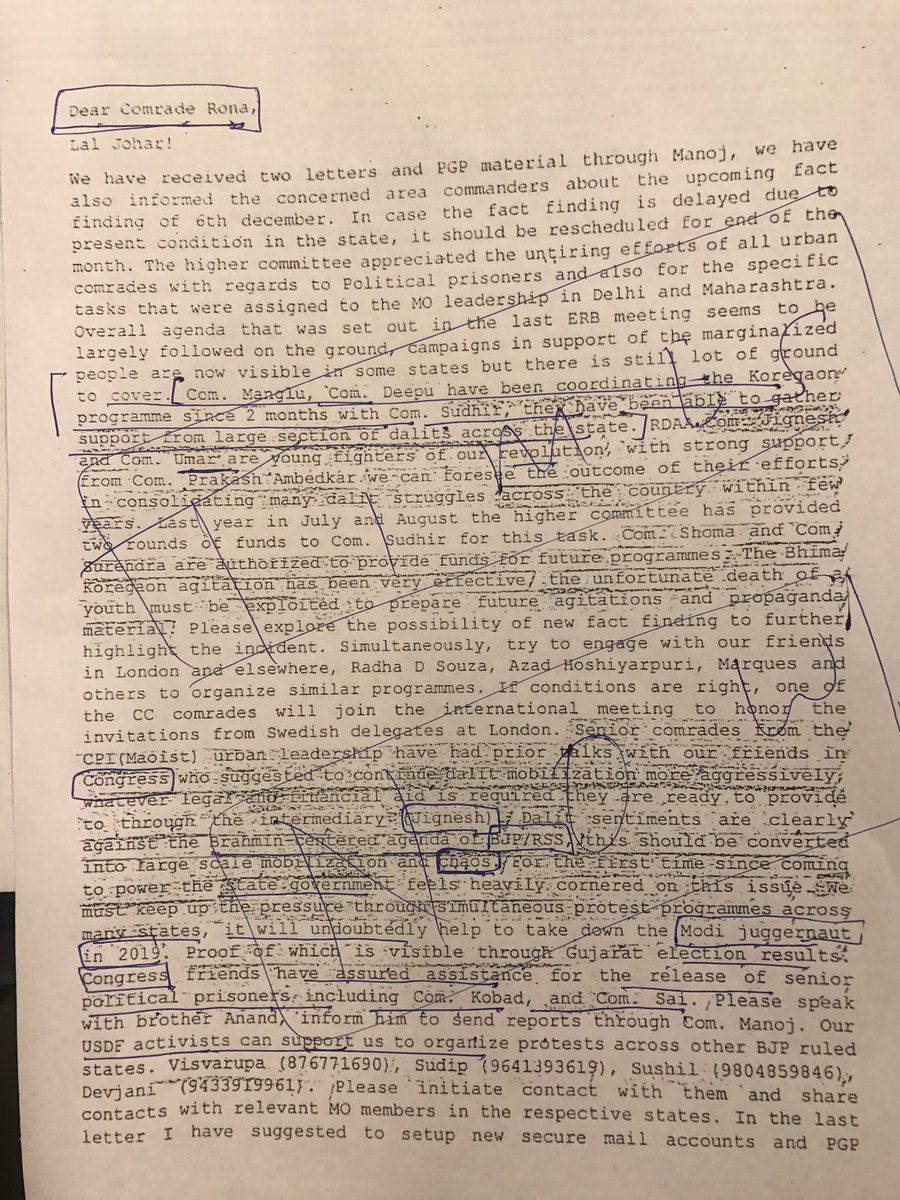 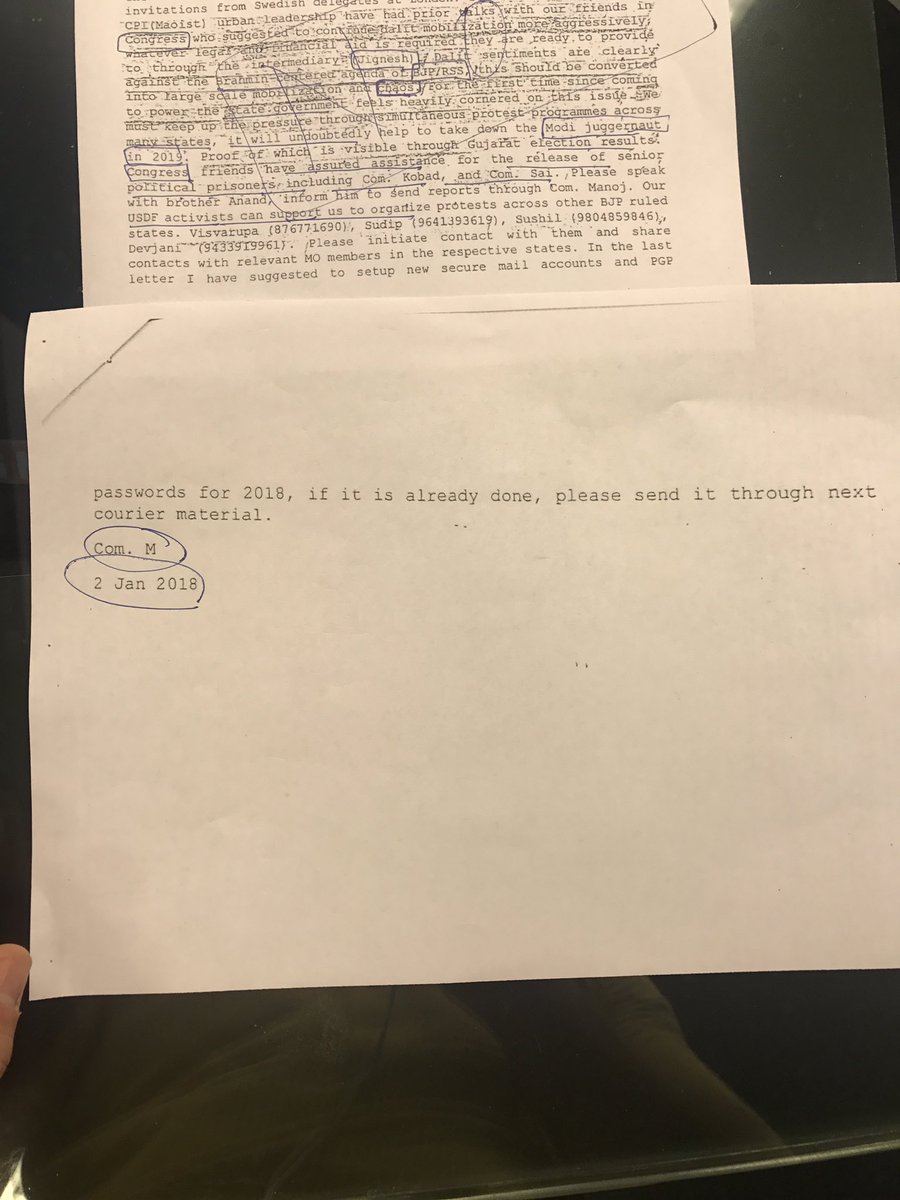 So, in every step Rahul Gandhi was always in close touch with Jignesh Mevani and every move of his was planned by Congress. This is enough to show that in all probability that Rahul Gandhi knew about the assassination plans of PM Modi but remained quiet and continued to lend support to these criminals.Rahul Gandhi has to answer, why was he in touch with a person like Jignesh Mevani who was being funded by terrorists? Why was the name of Congress mentioned in the letter seized by police?

Rahul Gandhi can no more hide behind his mother or paid media, he needs to answer the people of the country as to what was his role in funding the Maoists organisation and for what was the fund given?

Here after no politics in the name of caste! Bombay HC directs I&B Ministry to consider telling Media to stop use of word 'Dalit' Go And Bring Out As Many Muslim Voters From Your Booth As You Can! This is how senior Congress leader is using religion card to win elections in MP