While only 800 farmers in Karnataka benefited from loan waiver, 250 farmers committed suicide after the Congress-JD (S) Govt..

Its not been 2 years since the Indira Canteen scheme was started by the Congress government. It was during August 2017, the first Indira Canteen was launched by then CM Siddaramaiah who invited Rahul Gandhi for the event. The Congress government gave big media bytes posing themselves to all pictures. Rahul Gandhi and Siddaramaiah were seen enjoying big meals and called it a scheme to help poor people  get good food economically. 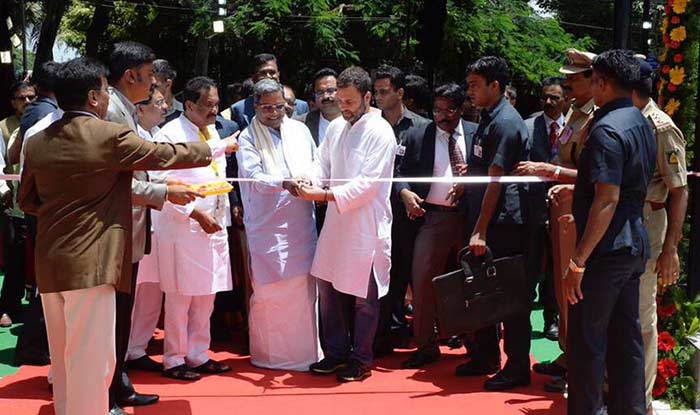 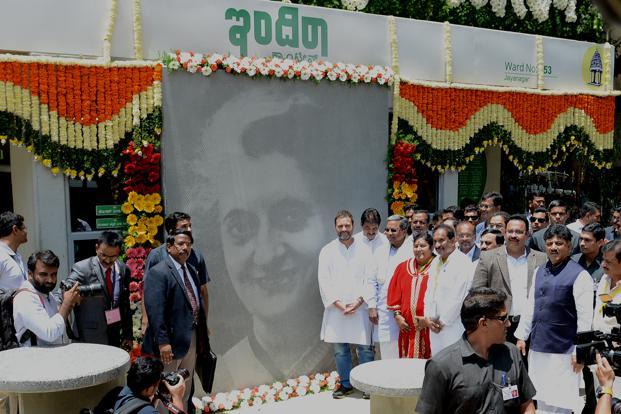 But its not been a year since the elections got over, the Karnataka government in which the Congress is very much ruling has decided to DITCH Indira Canteen and stopped providing financial aid for food. Yes, you heard it right! The Congress-JDS government have decided to stop all subsidies for food which will sky rocket the price of the items in Indira Canteen.

Forget serving the poor, Indira Canteen may not even be able to give food as a normal hotel since the corporation offices have failed to reimburse the bills since May 2018, ever since Congress JDS government came to power. Since the time Inidira Canteen was started, there have been endless complaints against this food chain claiming that they were supplying cheap quality food for people which were prepared in most unhygienic conditions. The officials were also caught supplying left over food from marriage halls and functions which had lead to massive controversy. The Canteen management was given to a Delhi based company which was accused of misusing huge amount of money by providing low quality food.

People also often complained that Indira Canteen served candle light dinner, as they was no power almost every night. It is said that the management has even failed to pay electric bills.

In the year 2017-18 the government had allotted Rs 100 crore to BBMP for Indira Canteens. But the construction and maintenance of canteens itself had cost the Palike nearly Rs 88 core. And Rs 34 crore was spent on maintaining the canteens including the food.

Thus, BBMP has spent more than Rs 23 crore for Indira Canteens from its other allocations. The government has kept Rs 120 crore for the year 2018-19, but the money has not been released to the Palike yet. When questioned the Minister of Food and Civil Supplies, he said that he vaguely said that he will look into the matter.

So, the entire scheme which was started just before the elections, now proves to be a gimmick by the Congress government. It is sad that huge amount of people’s money was wasted in buying lands, buildings only to shut down the entire project within one year after elections. When we ask, why problems of India cannot be solved, here is a live example as to how crores of money which could have used in building roads or giving drinking water was wasted by our politicians for their merry.

Take a look, there has been 44,000 crore released for Farm Loan Waiver. But in 4 months, only 800 farmers have been benefited which was conceded by JDS minister on the floor of the House just couple days back. So, where is the rest of moeny??? Whose pocket has it reached? Is there an answer for it, where is the audit for that money??

Neither the government has given it farmers, nor is helping give subsidiary money to Indira Canteen. The entire money is being looted in broad day light  without fear. Now, same Congress government has said it will waive off farm loans in Madhya Pradesh, Rajashthan and Chattisgarh. For this reason huge amount of money will be released, but just watch, no farmer will get any benefits as they have put more conditions than facilities.

The entire amount will vanish without a trace!

If farm loan waiver could have solved all farmers problems, probably by now there would not have been any farmers committing suicide! Loan waivers are nothing but a ploy to loot wholesome public money in the name of farmers! Ultimately you will be paying more for every little item you buy! The Quint fakes it again! This is how it used the Andhra Pradesh incident where a forest official was slapped by goons, to attack a Nationalist