Ayyappa Jyothi an offence in Communist land! Cases filed against 1400 people just because they took part in Ayyappa..

Ayyappa Jyothi an offence in..

4 years back, no one could have imagined if the Indian banking system would be able to recover due to the enormous mess incurred due to NPA. The Congress government which encouraged giving massive loans to all Businessmen without collateral security literally brought the state of the banks to complete standstill.

When Modi government came to power, the biggest challenge for him to rescue the banks from the mess and recover the mass NPA which some bussinessmen had gifted to the banks. The Modi government’s big push was the bankruptcy and insolvency act 2016 which literally changed the scenario. The companies who escaped from paying back loans literally were shattered with the move and agreed to pay back the loan amount to the banks. Nearly 83,000 crore was paid to the banks in a spam of 6 months. The government even cleared Rs 2 lakh crore oil bonds which were pending since ages. This literally took out the country from the huge burden and helped banks recover the money lost.

With such major developments, the RBI has reported that the banks have recovered from the worst phase and is on the verge of recovering. As reported by Livemint, In the baseline scenario, the gross non-performing asset (NPA) ratio may decline from 10.8% in September 2018 to 10.3% in March 2019 and 10.2% in September 2019, RBI said in its biannual Financial Stability Report (FSR). In his foreword to the report, new RBI governor Shaktikanta Das wrote that after a prolonged period of stress, the load of impaired assets was receding, with banks reporting their first half-yearly decline in the gross NPA ratio since September 2015.

The asset quality of banks showed an improvement, with the gross non-performing assets (GNPA) ratio of scheduled commercial banks (SCBs) declining from 11.5% in March 2018 to 10.8% in September 2018. But an industry analysis by RBI shows that stress is rising in the mining, food processing and construction sectors.

RBI said there had been a further widening between PCA and non-PCA PSBs: while non-PCA PSBs’ credit growth improved from 9.1% in March 2018 to 13.6% in September 2018 and deposit growth rose from 6.1% to 7.9% during the same period, the PSBs under PCA registered a decline in both credit and deposits. 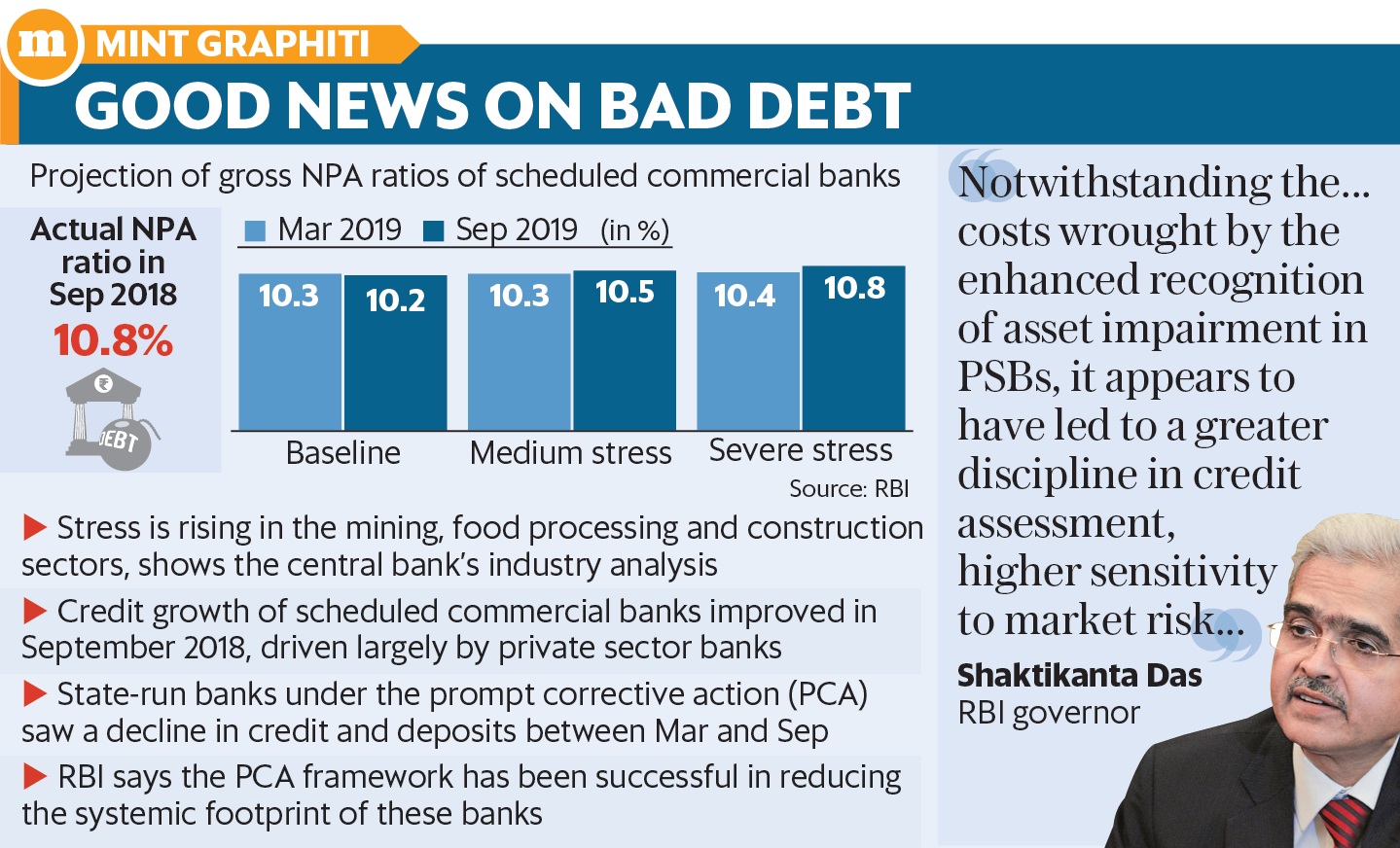 So, now that banks are recovering, the overall development and the economy would also take a leap which was much required. The country only hopes the banks to improve further and transfer the benefits to the honest tax paying citizens of the country.

From January 1, students in Gujarat to answer roll call with "Jai Hind, Jai Bharat" instead of "Present" Mandir Wahi Banayenge! Big setback to the people who wanted “Masjid” in Ayodhya Chidambaram’s son to be taken into custody by Enforcement Directorate (ED) for evading summons!