One Of The First Warrior..

I Am Chinnamalai Who Reigns..

The story of Kittur Rani Chennamma is incomplete of it doesn’t speak of the loyalty shown by Sangolli Rayanna- her military general. He was loyal, brave and a patriot who fought for his motherland till the last breath.

The revolution he stirred up in the state of Karnataka against the British rule earned him the name Krantiveera Sangolli Rayanna. Its disheartening that our historians limited the stories of bravery and sacrifices of our people to a particular state and a very few know about these leaders outside the states which they belonged to..

Krantiveera Sangolli Rayanna’s story is no different. Krantiveera means a “Legendary Warrior who stirred up revolution” and there couldn’t be a better description than this for a Hero such as Sangolli Rayanna. He was one of the prominent leaders who fought the British East India Company.

Rayanna was born on 15th of August 1798,and for Karnataka August 15th is a double celebration of independence. Rayanna was born in a village called Sangolli in the district of Ganeshawadi, Bailuhongala. Thus he got the name Sangolli as it is a practice to have one’s native place’s name prefixed to their name. He was a warrior of the Kuruba Gowda Tribe and later he became the chief of the army of Kittur Rani Chennamma who played a prominent role in the battle against British East India Company.

He was told to be an eminent chief and his training yielded Kittur Rani Chennamma’s army to be one of the strongest. Thus the British had to put up a good fight to bring them down. He, like many other valiant heroes who fought for the country, was captured and hanged to death at a very young age. Krantiveera Sangolli Rayanna was 33 when he was executed by the British.

Krantiveera Sangolli Rayanna initially started his fight with the British for his queen Kittur Chennamma who didn’t accepted the Doctrine of Lapse and wanted her adopted son Shivalingappa on the throne, since the king of Kittur had passed away and it was ruled by the King’s widow with no heir. However the British wanted to annex the kingdom.

Thus the British wanted the Kittur Kingdom to themselves by forcing their rule on people of Kittur. As the British noticed that the queen Chennamma and her subjects were not yielding to their pressure they were planning to take over the city under their rule forcibly. Kittur Chennamma was adamant as to not let her kingdom fall under the greedy rule of the British.

The British tried to claim the throne and the war of freedom started thereby. Sangolli Rayanna’s efficiently trained army was ready to take over the British soldiers to save their land from being enslaved. Sangolli Rayanna fought valiantly in the front row until they lost the war and their brave queen was captured. Once they lost the war Rayanna went into hiding, taking Shivalingappa along with him and fought for his queen and his land. 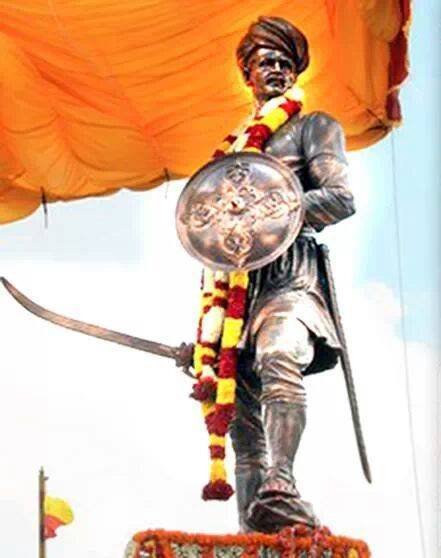 The British started capturing each of the lands that belonged to the kingdom of Kittur and the land they were not able to capture were levied with heavy taxes. The British were also recurring losses continuously due to various revolutionary movements conducted under the leadership of Sangolli Rayanna whose willpower was not shattered and was ready to pounce like a lion even during his hiding.

Sangolli Rayanna became a nightmare for the Zamindars and the rich who exploited the poor partnering with the British. He used to loot money and riches from the misers and Zamindars and give it to the poor. The British government had a very strong resistance from Rayanna. He befriended a Siddi warrior Gajaveera, who was known to be his close aide and confidant.

Sangolli Rayanna was one of the first freedom fighters who used guerilla warfare against the British. He was captured by the British in 1824 rebellion and was released later. Sangolli Rayanna started strengthening his forces and recruiting local people and used their expertise and the local knowledge to his advantage.

Since they couldn’t capture him directly they tried treacherous ways by befriending his uncle Lakshmanraya and captured him by creating a trap. They imprisoned Rayanna at the Bailuhongala Prison and hanged him to death on a banyan tree at Nandagad on 26th January 1831. His last words are very famous and often included in the ballads sung in the villages of North Karnataka. He said, ”I may die now but I will soon take birth again and come back to fight for my kingdom and the people until it is free from the clutches of British.” 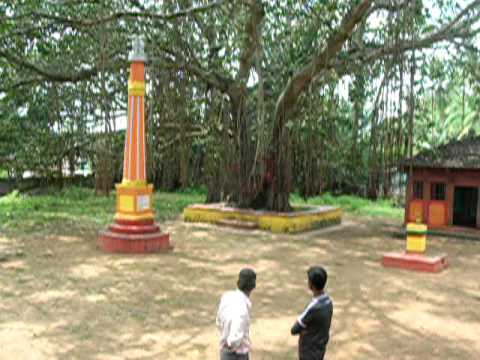 It is said that his friend, later on, planted a banyan tree sapling as a symbol of the immortality of this brave warrior. Rayanna’s tomb, unlike the normal tombs, is of 8 feet, since the stories are that he was over 7 feet tall. A statue of Krantiveera Sangolli Rayanna has been installed near his tombstone and the villagers also installed Ashoka Pillar as a symbol of respect for his martyrdom.

The museum named ‘Veerabhumi – The Sound of Silence’ is coming in memory of Rayanna. The tree where Sangolli Rayanna was hanged to death has been demarcated as a silent zone and it will be preserved as a monument within the museum space.The museum will showcase Sangolli Rayanna’s ancestors, his childhood, and his youth, Kittur court, Anglo-Kittur war, Sangolli Rayanna’s fight against the British, conspiracy and capture of Sangolli Rayanna, sentencing and execution. Breaking! Did Mehbooba led PDP betray BJP in the Valley? Read to know who are associated with Pak supporters Hammer blow on ISIS-sponsored youths! Multiple raids and arrests carried out by NIA and ATS based on IB inputs