Sagarika Ghose scores a massive self goal! After abusing Indians and defending Rahul Gandhi’s Singapore gaffes, do you know..

Amitabh Bachchan and Jaya Bachchan are considered the power couple of Bollywood and their chemistry is adored by millions. Married for more than 44 years, Amitabh and Jaya are looked upon for being one of the most sort-after couples who not only understand each other but also support each other in their professional endeavours.

After a successful stint in Bollywood, Jaya Bachchan decided to join politics and in 2004, she was elected from Samajwadi Party as the Member of Parliament and she is currently completing her third term as the MP, representing Rajya Sabha. Now, as per the latest reports doing the rounds, Jaya Bachchan had submitted an affidavit at the time of filing for nomination for her fourth term and according to that document, she claimed to own assets worth Rs 1,000 crore jointly with her husband, megastar, Amitabh Bachchan. If her claims are true, she could possibly be India’s richest MP with an asset of 10 billion.

The wealth of SP's Rajya Sabha candidate and her husband seemed to have doubled from ₹493 crore in 2012 to around ₹ 1,000 crore in 2018. @HeenaGambhir shares more details in conversation with @swati_joshi14 pic.twitter.com/xuhPLdXeoe

An affidavit submitted by Jaya stated that the couple owns immovable assets worth more than Rs 460 crore. Besides this, the couple jointly owns jewellery worth Rs 62 crore. The movable assets owned by them are close to Rs 540 crore. If this wasn’t enough, the star couple also own 12 vehicles which include three Mercedes, one Rolls Royce, one Porsche and one Range Rover. Besides these luxury cars, they also own a Tata Nano and a tractor.

The couple not only owns properties in various parts of India but also a 3175 square meter residential property in Brignogan Plage in France. Alongside, Jaya Bachchan also owns a 1.22-hectare agricultural plot worth Rs 2.2 crore in Kakori area of Lucknow. Not only Jaya, but BIG B also owns a 3-acre plot worth Rs 5.7 crore in Daulatpur area of Barabanki district. 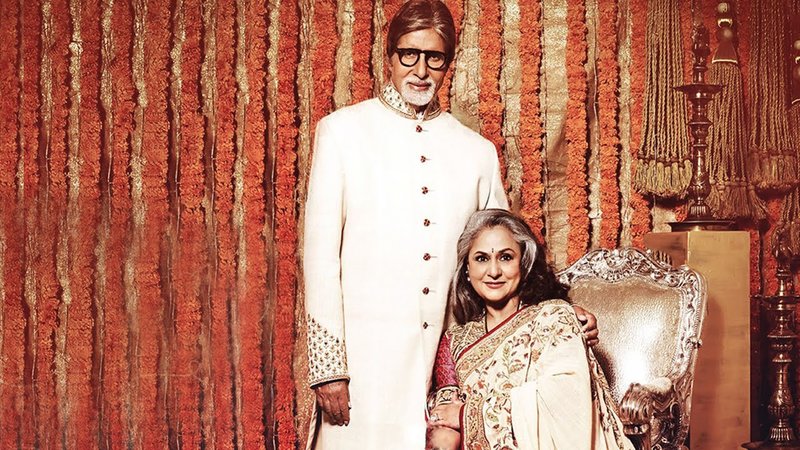 If you are finding it hard to digest, then there is more. The couple also owns expensive watches and pens worth Rs 4 crore. Amitabh owns a pen which costs somewhere near Rs 9 lakh. The actress-turned-politician had claimed assets worth Rs 500 crore in 2012 and now, the amount has doubled in 2018. This declaration of assets worth Rs 1000 crore can make Jaya Bachchan the richest Parliamentarian in India if she gets elected. The record of being the richest Parliamentarian was previously held by Ravindra Kishore Sinha, who declared assets worth 8 billion in 2014.

“I want to thank Mulayam Singh Yadavji, all party MLA’s and MLC’s for my candidature.”- Jaya Bachchan.

The 69-year-old actor-politician has been a Samajwadi Party member in the Rajya Sabha since 2004. Her Rajya Sabha term ends in April. The biennial elections to 10 Rajya Sabha seats in Uttar Pradesh will be held on March 23.

#JayaBachchan said, "I want to thank Mulayam Singh Yadavji, all party MLAs and MLCs for my candidature."https://t.co/QbSDPuKosX

While talking to reporters, she said, “I want to thank Mulayam Singh Yadavji, all party MLA’s and MLC’s for my candidature.” On being asked about getting the party ticket instead of seniors like Kironmay Nanda and Naresh Agarwal, the three-time SP MP said, “I am also senior.”

In the 245-member Upper House of Parliament, Uttar Pradesh has 31 seats, being the most populous state. In the 403-member Uttar Pradesh Assembly, the BJP and its allies have 324 seats (a BJP MLA died in February), followed by the Samajwadi Party with 47 MLA’s, the BSP (19), the Congress (seven) and the RLD one.