Biggest scheme of Modi Govt to eliminate poverty! Millions of poor in India will be given Rs 2500 Basic..

All the parties are now certain with the fact that the road for the 2019 Lok Sabha elections goes through Uttar Pradesh. BJP had won 71 seats in the 2014 Lok Sabha seats in this state and now repeating the same performance is very difficult. Its because the “Uttar Pradesh” grand alliance between Samajwadi Party (SP) and Bahujan Samaj Party (BSP) has taken place. Even though the battle has become tougher for BJP, the greed of Rahul Gandhi to become India’s prime minister has been demolished as the SP-BSP alliance has dumped the Congress party in Uttar Pradesh.

In a press meet held by SP’s Akhilesh Yadav and BSP’s Mayawati, “Gathbandhan” in Uttar Pradesh was announced to tackle the giant Modi wave.

Out of the 80 seats in Uttar Pradesh, the SP and BSP will fight in 38 seats each. Now there are four seats remaining and in that the alliance won’t field candidates in Rae Bareli and Amethi which are currently held by Rahul Gandhi and Sonia Gandhi respectively. 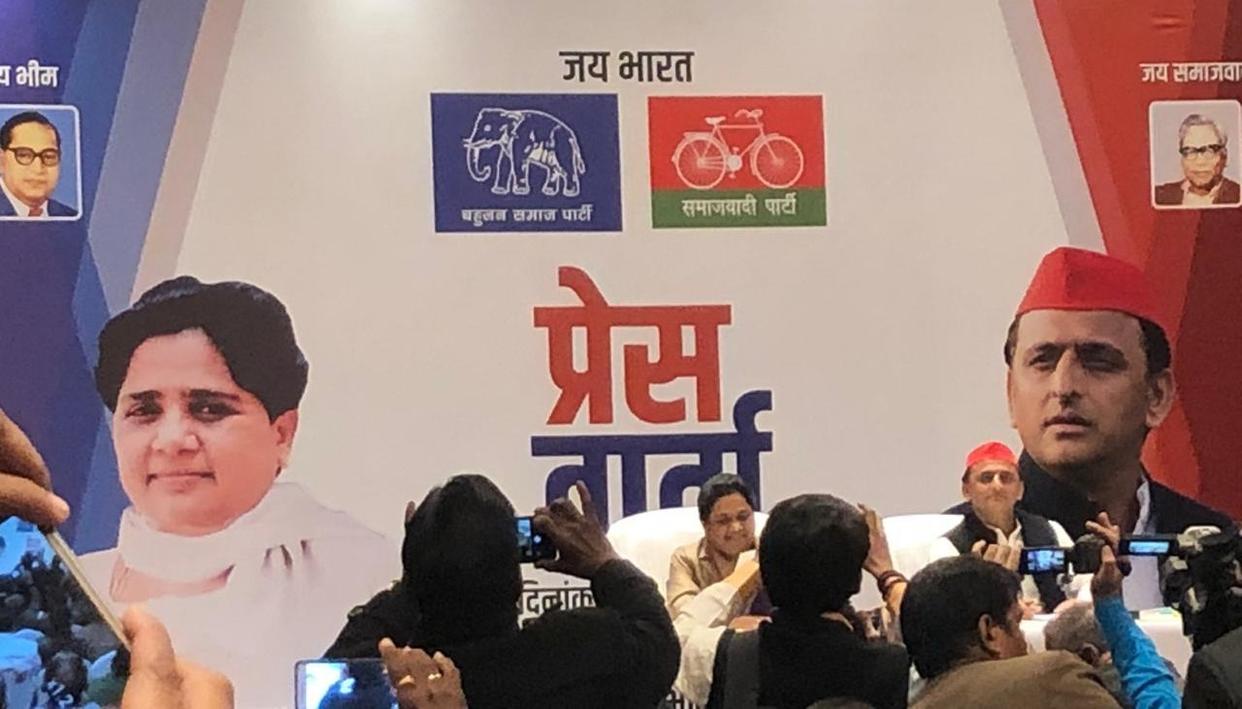 Slamming the Congress party, Mayawati said “We have not included Congress despite knowing that since independence, Congress has only ruled for a long time. Farmers and different sections of society have suffered, corruption was at a high. Congress coming to power and BJP coming to power is tantamount to the same. Both parties have been complicit in Defence scams. First Bofors cost the Congress party its government and now, BJP will suffer a similar fate because of the Rafale scam. Votes don’t transfer when allying with Congress, they go to BJP instead, hence we’re not including it in our alliance”.

Looking at the vote mathematics, the PM Modi led BJP should show a stellar show to retain the Delhi throne in 2019. Because the BJP had won 71 out of 80 seats with 42.6% vote-share. While the Samajwadi Party won 5 seats with a 22.2% vote-share, the Congress won 2 seats with 7.5% vote-share and the BSP won no seats even though it garnered 19.8% vote-share. But now the SP and BSP votes won’t get divided. Is Congress trying to start a news channel with the help of pseudo secular lutyens lobby of Delhi?