JNU student leader and popular Modi hater Shehla Rashid deactivates her Facebook profile after she gets rape threats by..

When the whole world is busy spreading love messages all over on the occasion of Valentine’s Day, Jignesh Mevani was busy promoting his stupidity on twitter. Look what he had to tweet…

Mevani further said that many people had said to him, ‘I love you’! Many tweeted back hilariously on his tweet asking, who is it who loves this man?

Jignesh has received a huge number of hatred over the twitter, on his tweet mocking against PM Modi. Not just Indians but our beloved PM is loved by over 1 crore Arabs as well. He receives love from all over the world. Nations across the globe are fascinated by his charm, dedication and the love he has towards his country. 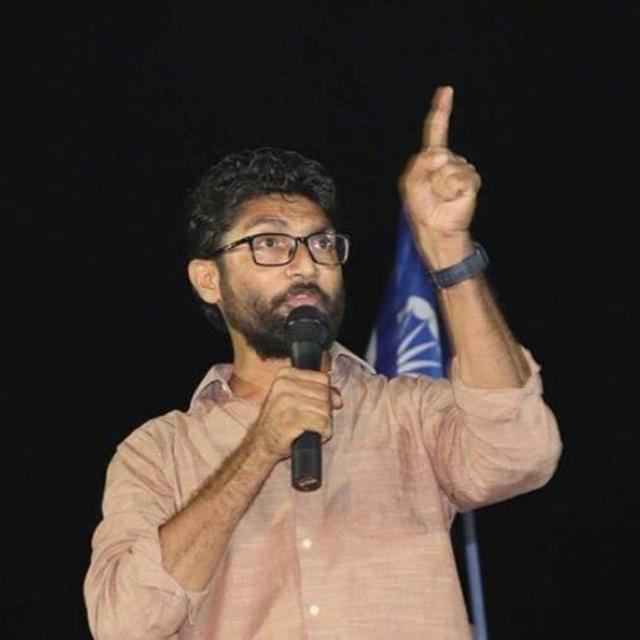 In spite of knowing the fact that the world is gonna laugh back at it. There is a limit to prove your stupidity. When is Congress thinking to get matured?

The Dalit leader also used the occasion of Valentine’s Day to take a shot at the PM’s ideological mentor, the RSS. He cited the raging popularity of a video of Malayalam star Priya Prakash Varrier’s upcoming movie song, ‘Manikya Malaraya Poovi’, as a fit retort to the RSS’s moral objections to a day that commemorates romantic love. He even shared the song video saying, “enjoy this beautiful video”.

Happy Valentines Day ❤️❤️
Viral hit of ‘Manikya Malaraya Poovi’ is the answer to RSS's Valentines Day protest and Again Indians have proved that they like to love more than hating someone. Enjoy this beautiful video. #ValentinesDay pic.twitter.com/QtWqqqm8zt

“(By making this video viral) Indians have proved that they prefer love more than hate,” he tweeted.

Among many notable things, RSS leaders have said about the V-Day is this deduction by one Indresh Kumar last June: The Western tradition of Valentine’s Day is responsible for rape, illegitimate children and violence against women.

People like Jignesh and his team members are pretending to be blind enough to ignore the good deeds of PM Modi, leading by their dirty politics. Probably they would love Modi if he too was a corrupt man like his brigade. Rather than calling them as leaders, I would prefer to call them as Modi- haters. Modi- haters like Jignesh Mevani, Hardik Patel, Rahul Gandhi and Alpesh Takur, it would be better for you all to concentrate on performing better politics rather than chanting PM Modi’s name with each breathe.

Sadak Chaap Jignesh Mewani wants to know whether anyone has wished and said I love You to PM Modi.

282 LS seats are testimony of people’s love for Narendra Modi but Lets use this opportunity to demonstrate our love and respect for our beloved PM Modi.

Sadak Chaap Jignesh Mewani wants to know whether anyone has wished and said I love You to PM Modi.

282 LS seats are testimony of people’s love for @narendramodi but Lets use this opportunity to demonstrate our love and respect for our beloved PM Modi #ILoveYouPMModi pic.twitter.com/Kf9I3fhuiX