It was their home; they lived there for centuries. But one day, they all were driven out of their homeland by the outsiders. Those who refused to leave their homeland were barbarically killed. Women were raped, properties were destroyed, precious items were looted, children lost their parents and those parents who lost their kids went into eternal shock.

This is the normal story of genocides that take place across the world. But the scions never forgot their fallen ancestors. Unfortunately, these brutal genocides are forgotten by Hindus, that too in a record time frame.

Forget remembering the fallen ones, Hindus don’t even dare to speak for their victims of genocides. Today let me make an attempt to dig out the buried pages of history that states how thousands of Hindus were killed for being Hindus.

Among the worst genocides, the killing that can be never forgotten is of thousands of Kashmir Pandits. Currently, Kashmir is filled with stone pelters who act as a cover to terrorists when Indian Armed Force try to nab them. But those were the days when the valley was glowing with the presence of Kashmiri Pandits. Their rich traditions acted like a diamond in the crown of Kashmir.

But what happened to them years ago? Why their rich traditions vanished from the valley all of a sudden?

Today we see certain Kashmiris blabbering about Kashmiriyat and demanding certain “extra” rights to them. But few of these were even involved in the genocide of thousands of Kashmiri Pandits in the 1990s.

The violence against Hindus in Jammu and Kashmir first started in 1989 and the main force behind this was Jammu Kashmir Liberation Front (JKLF) and few Islamic insurgents who wanted to separate the valley from India. On 14 September 1989, Jammu Kashmir Liberation Front (JKLF) targeted and killed a Hindu named Pandit Tika Lal Taploo who was an advocate.

Since then the bloody attack on Kashmiri Pandits gained speed. Pandit Tika Lal Taploo was a renowned figure in the valley and was a leader of Bharatiya Janata Party (BJP). After the brutal killing of Mr Taploo, that too in front of several eyewitnesses, fear waves ran across the Kashmiri Pandits. Four months later, the attack on Hindus reached another level when a local Urdu newspaper, Aftab, asked the Kashmiri Pandits to vacate Kashmir. Yes, the newspaper had published a press release issued by Hizb-ul-Mujahideen.

Who knew within days this would turn so violent that the valley would bath in the blood of Kashmiri Pandits?

On the night of 19th January, 1990 the radicals shouted the above sentence through loudspeakers. The innocent Pandits had to either accept Islam or else they would be killed, women would be raped and young children would be homeless.

Col Tej Kumar Tikoo in his book “Kashmir: Its Aborigines and Their Exodus”, mentioned the minor details of how the Pandits felt that night. Revealing the cruelty of the radicals, he stated “As the night fell, the microscopic community became panic-stricken when the Valley began reverberating with the war-cries of Islamists, who had stage-managed the whole event with great care; choosing its timing and the slogans to be used. A host of highly provocative, communal and threatening slogans, interspersed with martial songs, incited the Muslims to come out on the streets and break the chains of ‘slavery’. These exhortations urged the faithful to give a final push to the Kafir in order to ring in the true Islamic order. These slogans were mixed with precise and unambiguous threats to Pandits.They were presented with three choices – Ralive, Tsaliv ya Galive (convert to Islam, leave the place or perish). Tens of thousands of Kashmiri Muslims poured into the streets of the Valley, shouting ‘death to India’ and death to Kafirs…”.

What happened since that night echoed across the nation but no one asked whether the Pandits got justice. Even after 29 years, no one is asking.

Below are some of the pictures of the genocide that took place in the 1990s: 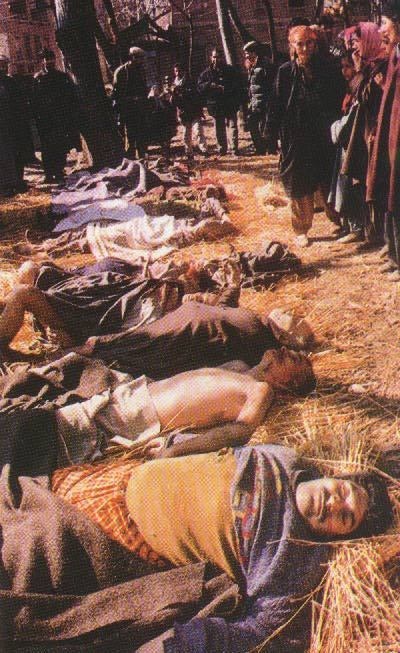 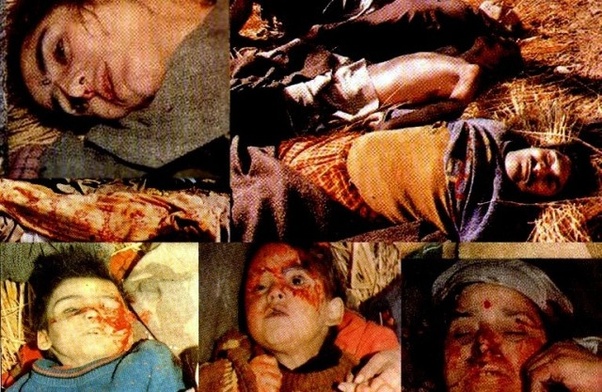 It is said that close to a million Kashmiri Pandits fled from the valley in order to save their lives. The properties, hard cash, and all the items that they owned were left behind. Few lucky Pandits managed to flee the valley unharmed along with their family whereas few others managed to flee living their loved ones (dead) behind. Few are unlucky Pandits were killed along with their families.

The above was the ticket purchased by a family on 19th January 1990, to save them from the Islamic radicals who were all set to either convert or kill.

Interestingly, none of the Abdullahs who currently act like baton holders of tolerance, batted in favor of the Pandits. The incident that took place in 1990 was not the only genocide. Those who fled, began to leave a miserable life in other parts of the nation as they didn’t have any of their properties. And those who survived and still were in Kashmir were regularly attacked.

At regular intervals, Hindus were attacked and killed in Kashmir. Below is a list of it: 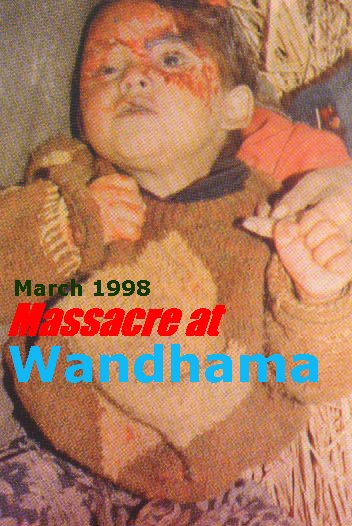