As the clock struck midnight on August 15, 1947, the world’s biggest democracy was born. India had become an independent nation. On the eve of that historic landmark, India and Indians had dreamt for ages. India had redeemed its “tryst with destiny to awake to life and freedom.” Yet it was also mindful of the challenges ahead. “Freedom and power bring responsibility… the future is not one of ease or resting, but of incessant striving.”

Historians debate and judge India’s past. I think it’s more fruitful to look at the future. As the writer, R. K. Narayan said, “India just goes on.” But where to? What will the country look like in the next 20 years?

India in 2030, will not only be the world’s biggest democracy, it will also overtake China to be the world’s most populous country. The United Nations projects that India will have between 1.5 – 1.6 billion people seven decades from now, adding 300 million inhabitants to its 2017 population.

The development of a country depends on the initiatives taken by its citizens. We have to fix certain milestone before starting the real process of development. It will be great if we fix 2030 as a milestone and make the necessary plans to reach there. A clear picture of how India will look in the year 2030 will help us in apprehending the necessary steps to be taken now.

The vision created by Dr. APJ Abdul Kalam for the year 2020 will miss the train and the year should be pushed to 2030. Some of the perspectives on the looks of India in the year 2030 in terms of its military, technology, power, money, development and other aspects are discussed below:

The stability of a country greatly depends on the military strength it has garnered through centuries.
I can see India being placed among the top 5 military prowess in the year 2030. If we look into the past Indian military had played a major role in World War I and II; this legacy will reach its epitome in the year 2030.

At present, the Indian army has an active strength of 1.3 million and a reserved strength of 2.1 million. In the year 2016-2017, the country was ranked among the top five world armies is considered as a vital land combat force. With the active involvement of BJP Government India will be seen as the top land army in the year 2030.

By improving the combat and tactical techniques, replacing old equipment and weapons with new advanced one and by addressing the major lacunae it can reach the top spot in coming 14 years. The growing manpower of India will definitely help India to surpass the other countries in terms of strength by 2030.

For technology and war weapons, we are dependent on USA and France but the “Make in India” initiative will make the country self-sufficient in manufacturing defense products by 2030. So by the targeted year, we will be producing our state of art equipment for the military.

Not only on the sea but we will be guarding below the sea surface with deadly and fast submarines like Sea wolf class, Granula class, and Virginia class. Neighboring countries like China and Pakistan will think twice before challenging our defense in 2030.

There was a time when people used to plan their next holidays for months long. Now, with the advent of modern technology Indians can book holidays to any part within India or abroad with the help of their fingertips.

India has come a long way in terms of technology by sending Chadrayaan-1 to Moon and that too within a tight budget. How can we forget India as the harbinger for software technology? India is advancing towards the new decade on the shoulders of technology.

The advent of driverless cars will be a common thing by 2030 with some precautionary measures. Indian automobile majors will be manufacturing more electric cars and solar powered cars as the availability of petrol and diesel will be a major issue by 2030. 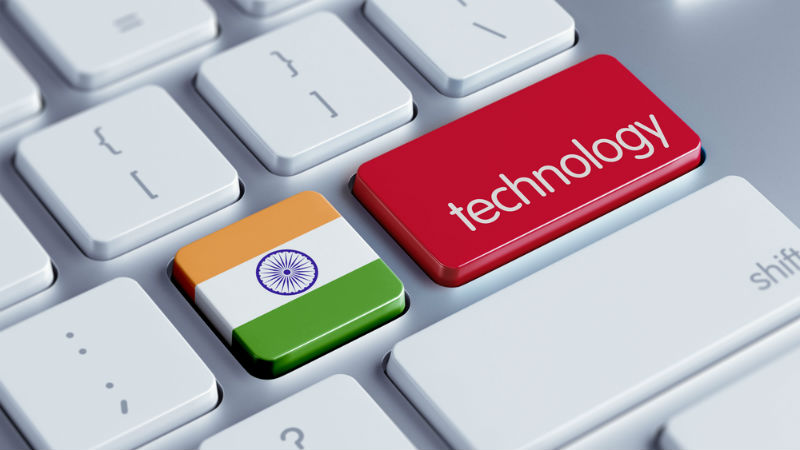 The data charges will be an affair of minimal charges because the telecom technology is changing day a by day. Due to the increase in the number of mobile manufacturers and telecom operators, the competition will be so much that the data charges may become negligent by 2030. Every house will be connected to the internet as the Government of India has already started converting some of the places into free wi-fi zone.

The Indian medical tourism is already a game changer in the field of medical sciences. By the use of advanced and sophisticated medical equipment and world class doctors, we will be trying to improve the healthcare facility for the citizens of India.

The medical science in India will be so advanced by 2030 that we will be catering not only to homeland India but also to international patients from the UK, USA, and Africa. User-friendly sensors will help the farmers to get the real time data and be prepared for the next step to be taken.

The remote sensing satellites launched by ISRO or Indian Space Research Organization will be helping the farmers by alerting them to arrival for a natural calamity. The Indian farmers will be using technology for the betterment of agricultural sector. Thus by 2030 India will be a tech-savvy country and a pioneer in research and development.

Due to better policies and the country’s quest to emerge as a leading economy in the world, India opened its market to foreign investors. India would be a developed country by 2030 with proper implementation of economic goals.

According to predictions of some of the leading newspapers like Economic time, India will be the 3rd largest economy by the year 2030. In comparison to China, India is moving at a slower pace but some economists believe India will surpass the Dragon by 2050.

The growth rate of GDP (Gross Domestic Product) annually of India in the year 2000 was 3.8 %; in the year 2010 was 10.3 %; so as per the prediction this may go up by the year 2030. Even the per capita income will see a rise by 2030 and is estimated to reach USD 3000 on an average. It can be seen as a developed nation catering to welfare and development of the entire citizen. The projected economy of India in the year 2030 will be approximately USD 10,000 billion. By the beginning of 2030, the statistics might be different as Industrial sector is seen as an attractive zone for investors and is crucial for improving the economy of India.

Over the past two decades we have worked successfully curb terrorism and we are among the rare few regions of the world where terrorism has decreased rather than increased. We have not had a major riot in a long time and unlike the 1980s-90s when Punjab, Tamil Nadu, Assam and J&K had massive issues, we are no risk of civil war. We don’t have wars, civil wars, major secession movements or bombings. This unprecedented peace is why we can push the big things and why our media can afford to report on little crimes.

By 2030, most of our population would be past the lowest levels of Maslow’s hierarchy – food, clothing, shelter, electricity, transportation, safety and Internet. If it continues to develop like it is right now under PM Modi, then India will be the dream country to us. If the development pace collapses, no difference whatsoever. But expectedly, considering the knowledge of young generation, India stands a very, very bright future.

That is when India can push its core strengths – of its vast diaspora, of its great higher education institutions and its core cultural strengths supporting innovation.
I cannot wait to get there. I was born in a poor country. I will not die in one.

Forget winning 2019 elections, Congress can't even win an online poll! This is how Congress scored a massive self goal in a hurry to target PM Modi and Defence Minister Nirmala Sitharaman Know what Malayasian PM Najib Razak has to say about his Indian counterpart ! Yogi Adityanath wins the heart of Hindus once again by saying “I don’t celebrate Eid, am proud of being a Hindu” Few said Hardik Patel lost 20 kgs in 11 days! But medical report says he has increased his weight despite his hunger strike