The building of character starts when a child enters KG classes but a convent school in Coimbatore has stunned the Indians with its religious discrimination. The Nirmala Matha Convent School in Kuniyamuthur, Coimbatore displayed its communal mentality by putting up a notice for LKG admissions that read “LKG Application Only for Christian students will be distributed on 02.03.2019”. Yes, the school was willing to distribute applications only for Catholic students. 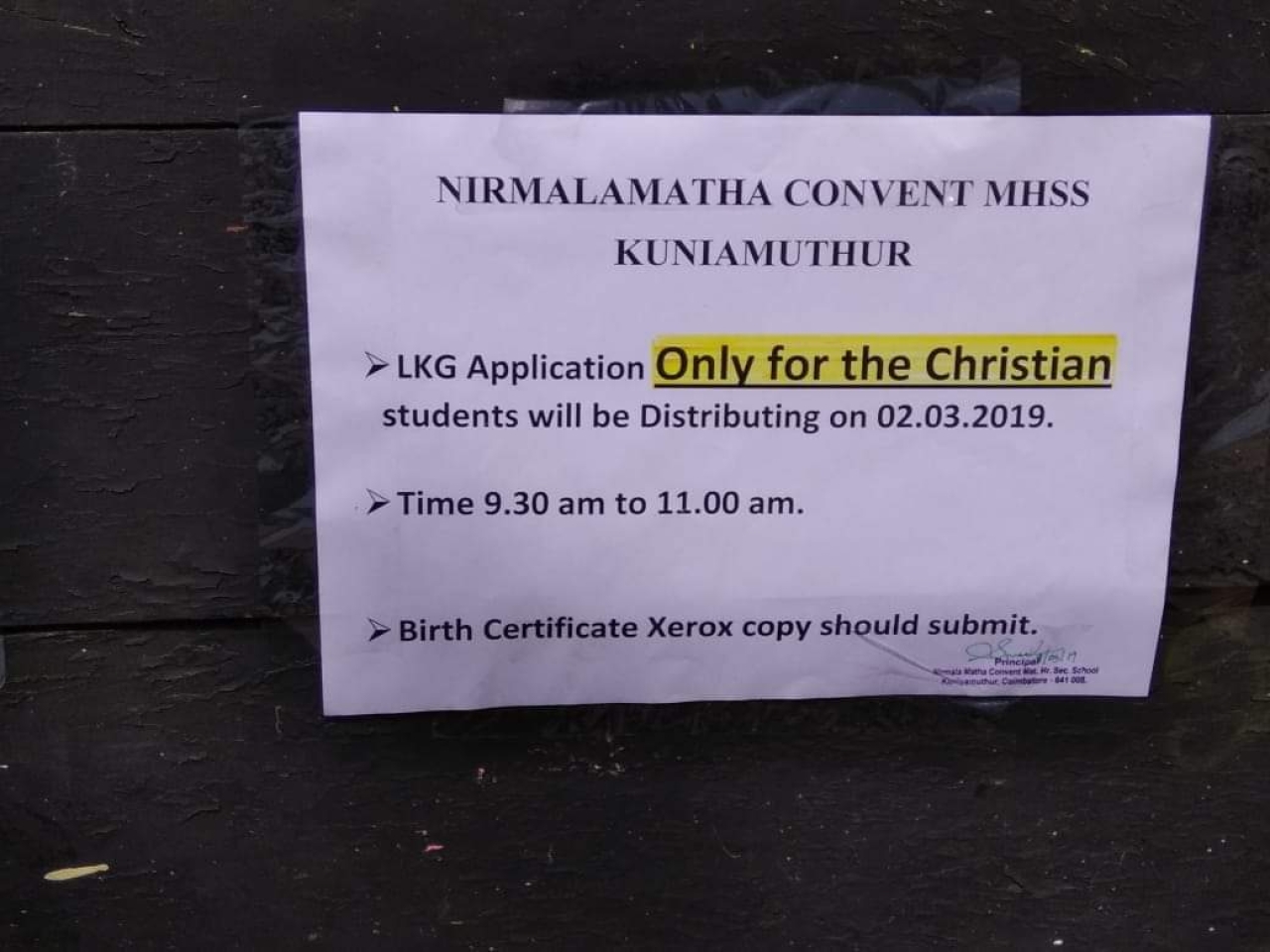 But when the public started to slam this act of the convent school, the school authorities took an u-turn and put up another notice that read “Kindly ignore the previous circular regarding LKG applications. Due to public examinations and administrative reasons, LKG applications for all the candidates will be issued on March 30th, Saturday”.

Now observe the dates clearly. At first, the school wanted to distribute the applications on 2nd February, that too only of a certain religion. But when the decision got criticized, the date was changed to 30th March. This poses the doubt on whether the school wanted to give seats only to the Catholics, because by giving the reason “seats are already filled”, they can deny seats for kids from other religion to whom applications were scheduled to distribute after few weeks. 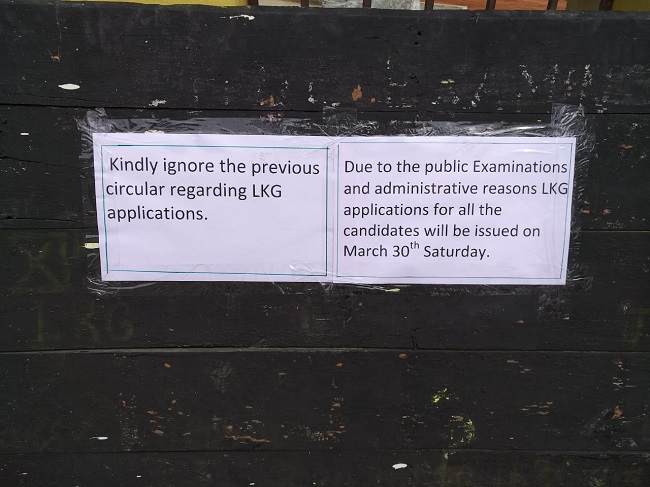 The communal display by this convent school forced the Coimbatore Chief Educational Officer Ayyannan to visit the school on 2nd February and conduct an inquiry. He said “They said that in order to prevent excess crowds at the admission counter, such a notice was given, and that it was not based on any religious preferences. They also said that they would provide application forms to everyone in the days to come”. 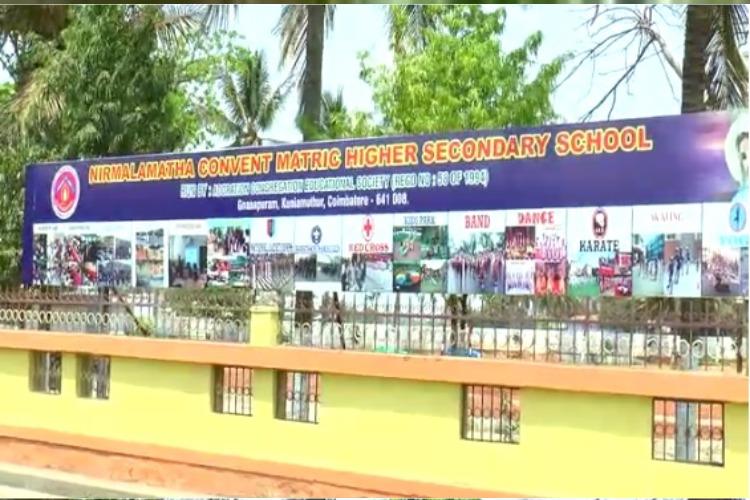 While the Principal of the school tried to settle the controversy saying “Since public exams are going on, we wanted to avoid overcrowding as the campus cannot deal with it. That is why we put up such a notification. The notification has been taken off now. In our school, students from all religions are enrolled”. Did the Vedas really describe the killing of cow? here is the complete details! International crackdown against the Diamond Don Nirav Modi begins as the Modi Govt seizes his assets worth Rs 637 crore, not just in India but even in London and New York