Justice Denied! Why Republic TV’s Shivani Gupta was made to sit right next to one of her harassers by..

Paper from Cowdung!!! In what..

This is not a normal election but will decide the fate of the 2019 Lok Sabha elections? Shocked? Yes, this statement is doing rounds in the corridor of political analysts. And there is a strong reason for this. 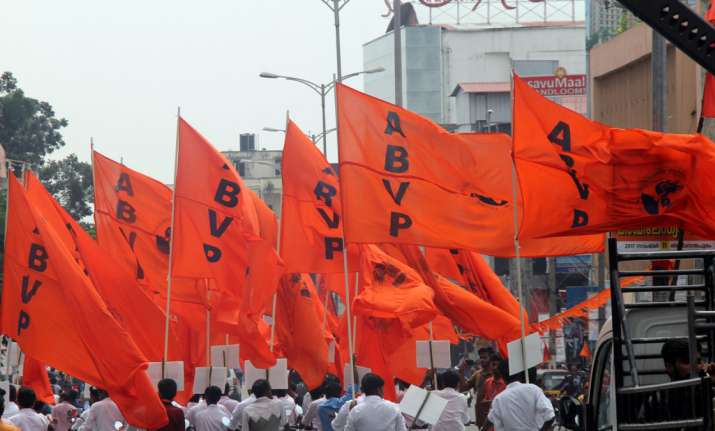 In the Delhi University Students’ Union (DUSU) elections held on 1997, the Akhil Bharatiya Vidyarthi Parishad (ABVP) swept the top four positions in Delhi University. In the Lok Sabha election that was held in 1998, the BJP led by Atal Ji emerged victorious.

In the elections held this year, the ABVP had managed to win two powerful positions i.e. president and general secretary position. And when the Lok Sabha elections were held in 1999, Atal Bihari Vajpayee led NDA came to power in the centre.

In the election held in 2003, ABVP had faced a shocking defeat as the Congress baked NSUI managed to win all the four prominent seats. In the Lok Sabha elections held in 2004, the Congress led UPA managed to form government in centre.

In the Delhi University Students’ Union (DUSU) elections held in 2008, even though BJP managed to win the President post, it had to face defeats in all the other three posts. And again, the BJP had to face defeat in 2009 Lok Sabha elections.

In the elections held this year, the ABVP managed to win three of the posts i.e. president, vice-president and joint secretary. But the Congress backed NSUI had managed to win only the secretary’s post.

And everyone knows what had happened in the 2014 Lok Sabha elections. With Mr Modi as the star face and PM candidate, the Bharatiya Janata Party (BJP) had swept the elections. In the election, the Congress party didn’t even manage to get the minimum seats to be called as the opposition party in the Lok Sabha.

This year ABVP has displayed a spectacular performance by winning the top three positions in the DUSU. Now the political analysts have started saying that the BJP will win the 2019 Lok Sabha elections win clear majority.

You should also note that ABVP is not a political wing of BJP but an organisation of RSS. So BJP doesn’t have any links to BJP but RSS has. In 2014 elections, the RSS had worked and framed strategies so that PM Modi succeeds in defeating the Congress led alliance.

So the DUSU election results have proved like a great boost to the BJP. Firstly due to the trend that has been taking place since 1997 and secondly becuase Delhi is India’s capital.