Congress President Rahul Gandhi has been nominated for Oscars, don’t believe? Then read this report to know in which..

PM Modi has written a letter to this popular Bollywood actress and it is going viral! Your respect for..

PM Modi has written a..

Yes, you heard it right. The janeu dhari Brahmin who eats chicken and fish like any other non-vegetarian has been advised not to visit the temple without having a bath. This precious advice was given to Rahul Gandhi by none other than his own party members.

As the election in Karnataka is approaching, the janeu dhari Brahman has begun his “temple run” just like he did in Gujarat. Today, he landed in Mangalore airport and immediately began his voyage to Udupi. In Udupi, he feasted on various coastal food that included fish curry. 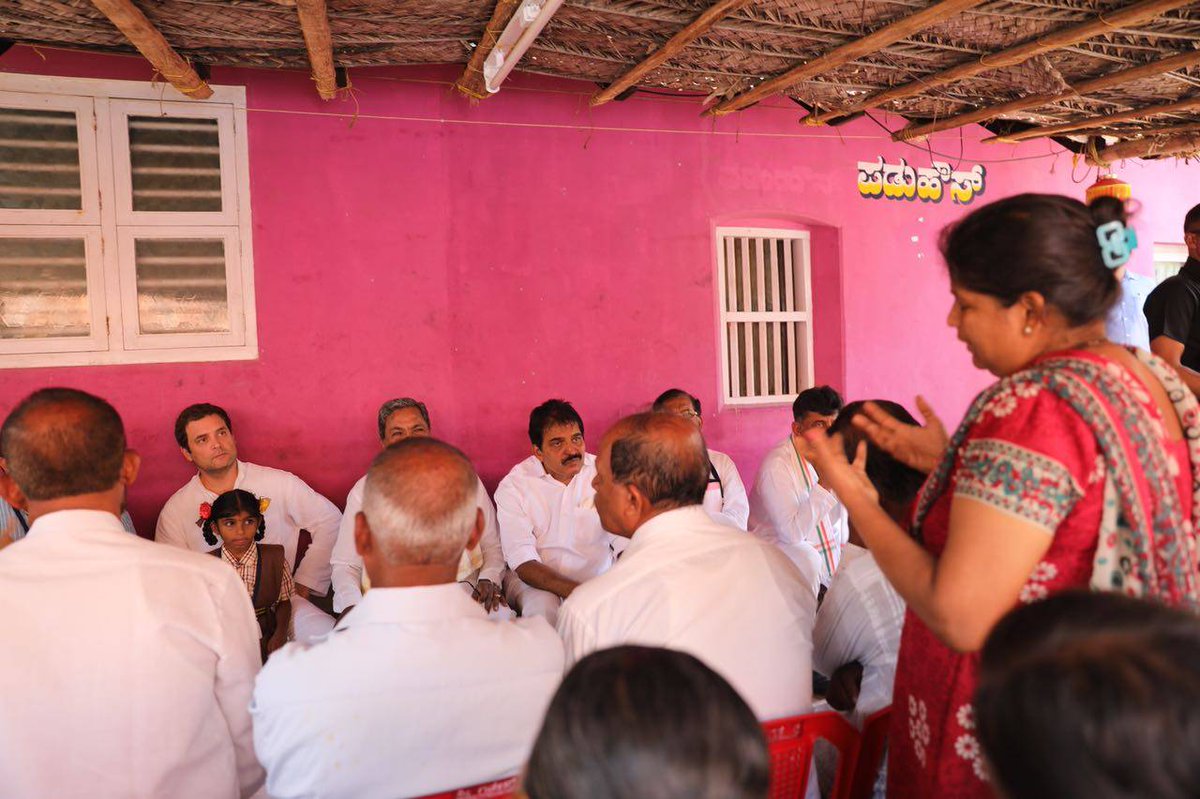 This news made quite a buzz in Kannada news channels and web portals. After separating Lingayats and Veerashaivas from Hinduism, Rahul Gandhi is attending a temple in Mangalore just because of vote bank politics. Yes, the Kudroli Gokarnanatha temple belongs to Billava community and this community plays a major role in 6 assembly constituencies out of the 8 in Dakshina Kannada.

Attending temple after consuming fish has become a signature style of Congress leaders!

But Rahul Gandhi had defended his act by saying, “I like going to temples, wherever I get a religious place I go there. I feel good and feel happy, and I will continue (to go)”.

Yes, the Congress leaders of Dakshina Kannada and Udupi district didn’t want Rahul Gandhi to campaign for Congress. Wherever Rahul Gandhi campaigned, the Congress party had lost miserably. Due to this fear of losing, the local Congress leaders didn’t want the head of their party to visit and campaign. Hilariously true, but what can be expected from a party that believes in dynasty? The party workers’ opinion is not considered in Congress.

In the year 2013, the Congress party had won 7 of the 8 constituencies in the Karnataka elections. But this time, the trend will reverse. It is not just because the Congress has not implemented any development but also instilled fear in the minds of the people due to the poor and pathetic “law and order” situation.

Congress President Rahul Gandhi has been nominated for Oscars, don't believe? Then read this report to know in which category he is nominated After Emergency declared by Pakistan in Karachi, here’s what US, UK, France did to support India