Who is the richest Chief..

A video of a Parachute..

Whatsapp, Facebook, Twitter, Instagram, almost all the social media platforms are flooded with the wink of the latest internet sensation Priya Prakash. A short video clip from the track, where Priya is seen raising her eyebrows and winking at a boy, went viral online days ago.

But, in an act of intolerance, a Muslim youth has filed a complaint at Falaknuma Police Station in Hyderabad against internet’s latest sensation and Malayalam actress Priya Prakash Varrier. Not only on this latest internet sensation, but the Muslim youth has even filed a complaint against the makers of the song ‘Manikya Malaraya Poovi’ from ‘Oru Adaar Love’ for hurting sentiments of Muslims.

But speaking to Times Now, Omar Lulu, director of ‘Oru Adaar Love’ said that the song is a romantic score and no where it hurts any religion. The director also added that he is getting lot of positive comments not just from India but internationally also. He also expressed shock over the case filed against the song and the team. 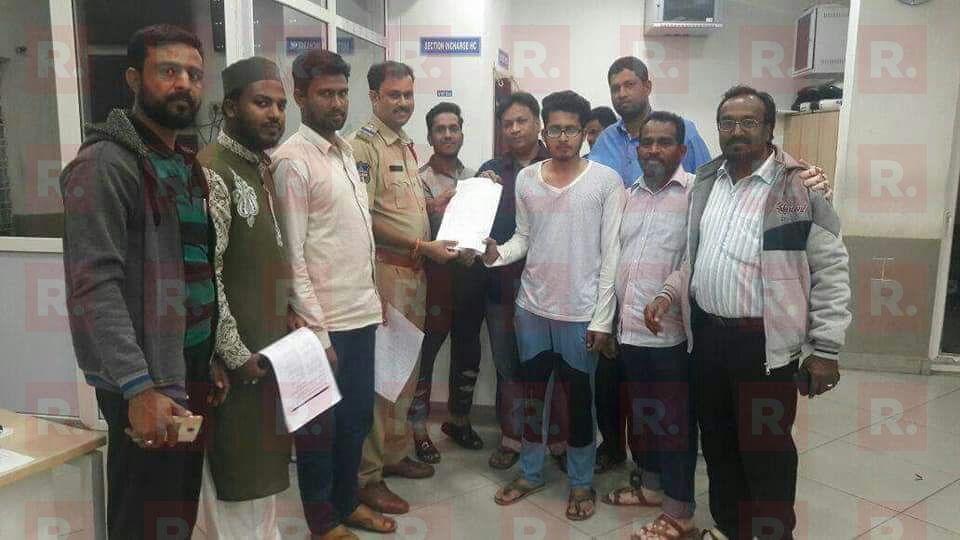 The complainant Muqeeth Khan’s call to “Times Now” was hilarious. He began the conversation saying that he liked the you tube video and even the melodious song ‘Manikya Malaraya Poovi’. But what annoyed him is when he translated the lyrics in google, he found out that it alleged insults the prophet. The reason for translation was that he did understand “Malayalam” language.

But when the Times Now anchor questioned back firmly, he didn’t have any other valid reasons to back his claims. So he said, “I have freedom of expression, so I complained against the song”.

We can come to the conclusion that he filed a complaint purely based on assumptions. The lyrics of the song has hurt no one, instead has won billions of hearts.

WATCH!!! Muslim youth in Hyderabad files FIR against Priya Varrier and the producer of the viral song for “hurting their religious sentiments “

Now, this appears like attempt to gain publicity by this Muslim youth. Anyone with basic knowledge of internet knows that Google creates blunders while translating from one language to another. It clearly appears that the complaint won’t have any substance in the court of law. What did actress Priya Prakash say after the video went viral?

She has become so popular that she gained followers on Instagram even more than the Veteran Malayalam actors like Mohanlal and Dulquer Salmaan.

“Actually, the director wanted to capture something cute between me and my hero. So he told me if I can do the eyebrow thing and wink at him. I told him that I could give it a try. That’s how it worked out. It was spontaneous and we hadn’t planned anything. I never thought this would become such a sensation. Everybody told me that it was good. But I never expected it to become a big hit”.

These were the words of actress Priya Prakash.

Thanks for the great response ? World with India! France decides to freeze the assets of the JeM Chief Masood Azhar