He is the “Pride of India” and the “Father of Indian Medicine”!!! There was no such disease which this..

Is it true that there..

I always say, India should have got a better Prime Minister after Independence, so our freedom fighters and the great warriors of our country would have got recognition for their immense contribution and sacrifice towards our mother land.

Our country is called the Punya Bhoomi, which means blessed land, and as a fact it definitely is. If not, this Punya Bhoomi could not have survived the 600 years of Mughal attack and then 300 years of British and this is why we call this a blessed land. There are times in history, that when our country has been saved by various women due to their extreme courage, valour and love towards their country. One such lady who single-handedly fought against the British was Queen Velu Nachiyar. She was the first lady who bravely picked up arms against the powerful British even before Jhansi Rani.

Queen Velu Nachiyar was from Sivagangai district of Tamil Nadu. She was born in Ramnad to the royal couple Mannar Sellamuthu Sethupathy and Sakandhimuthal in 1730 AD. She was the only daughter for the couple and did not have brothers or sisters. So their parents brought her up like a Prince teaching her all martial arts, archery, fighting, Silambam, Valari, Stick fighting, hunting and horse riding. She was also taught various languages like English, French and many local languages. 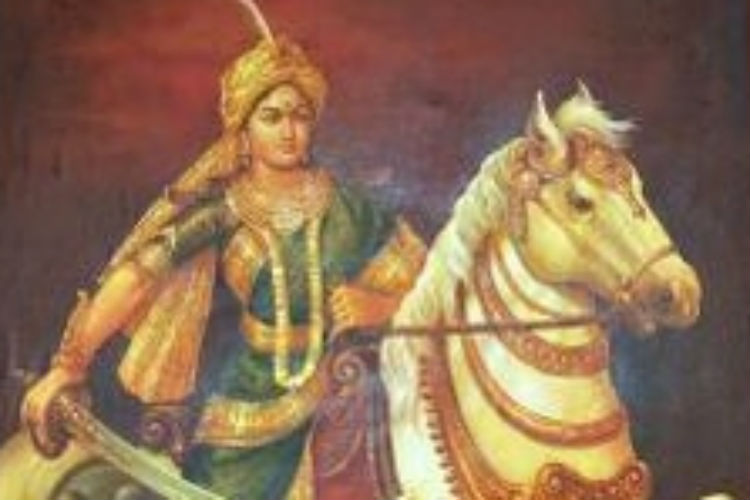 When she was around 16 years, her parents got her married to the king of Sivagangai, Muthuvadugananthur Udaiyathevar. The couple had a daughter named Vellachi. “Chinna Maruthu” and “Periya Maruthu” the people known for their bravery were the combat commanders of the King and Queen. But in the year 1772, her Kingdom was invaded by Nawab of Arcot and the British troops who put out a combined attack on Sivagangai. The King could not resist the combined attack and was defeated in the battle. But the British and the Nawab did not want to jail the king and they killed him mercilessly during the battle.

Queen Velu Nachiyar and her daughter Veallachi managed to escape from the British and took shelter in a place called Dindugal along with the Maruthu brothers and Dalavay Thandavaraya Pillai. The Marutha brothers had made a promise to Velu Nachiyar to avenge the Britishers for killing her husband. Velu Nachiyar, spent nearly 7 years in hiding during which she prepared an army of her own. She was the first person to prepare a women army which was trained in martial arts and sword fighting.

Dalavay Thandavaraya Pillai was known for his intelligent war strategies and plans. Velu Nachiyar asked him to seek the help of few Kings in and around the Dindugal place in order to put up a combined attack against the British. Thandavaraya Pillai knew the best way to attack British was to use a Muslim ruler as the British may not receive any help from the Nawab of Arcot. So, he approached Hyder Ali who was ruling parts of Mysore then. Hyder Ali agrees to provide necessary 5000 infantry and 5000 cavalries that would help her to fight the British.

With her own army and the Hyder Ali army, Velu Nachiyar leads the charge against the British in the year 1780 destroying the British army from every corner. She is the person who is said to have come up with the idea of suicide bomber. It is said when Velu discovered the place where British had stored their weapons and ammunition, she planned a suicide attack. Then a lady called Kuyili, her loyal follower (Some say as adopted daughter) is said to have doused herself in oil and ghee and set herself ablaze and destroyed the ammunition of the British.

She conquered the Sivagangai fort with all courage despite many obstacles. She captured those traitors who had helped the British capture their fort earlier. She became the Queen of Sivagangai again. During her period, she developed Women’s army called Udaiyaal in memory of her adopted daughter Kuyili who killed herself in the battle. Velu Nachiyar ruled Sivagangai for 10 years during which she brought immense development to the place and built many temples. Velu Nachiyar breathed her last in 1796 following an illness. She left a big void in the royal family of Sivagangai. It is only unfortunate that her name is only mentioned as a footnote in most our History books as the colonial mindset politicians never endorsed her great courage and valour.