Rahul Gandhi was with the Indian Army during the Surgical Strike in 2016? Former Defence Minister Manohar Parrikar reveals..

You will be stunned after knowing the total worth of the Congress “Dalit Leader” Mallikarjun Kharge!

Rahul Gandhi was with the..

You will be stunned after..

Israel is a country which is surrounded by enemies who are constantly trying to dominate the small nation in every way possible. So, in order to survive in such an environment, they need to have strategies which can outsmart every one. Compare to other countries, Israel not just has a small boundary, but also a very little population which they need to protect from constant attacks.

To overcome these drawbacks, Israelis have developed their technology, military and intelligence unit to such an extent that no country would dare to challenge them. It is not the first time the Mossad have shown their efficiency in tackling enemies but many times in history they have proven to be the best. This time, they are once again in the talking point of the world for breaking into Iran’s nuclear facility and getting more than half a ton of documents which has indeed shook the world.

Yes, the story which was published in Washington Post, New York Times and other world news agencies have revealed the thrilling mission of Mossad which is nothing less than a series of Mission Impossible movie.

Nuclear facilities and documents of every country are considered to be preserved in the most protected and secured places which would be known only to the top officials in the government. These facilities would be hardly known to anyone as they have the potential to destroy an entire country and generation. No person is allowed into such places and normally the area is heavily guarded by the Military units of the country. The area is cordoned off miles before the nuclear facility so as to prevent anyone from even getting a glimpse of the place. So, one can imagine what is the level of security and what it takes to infiltrate into the area. The Mossad has infact done an impossible mission possible.

According to New York Times, this operation of Mossad was conducted earlier this year on January 31st when the Mossad broke into a warehouse in an industrial area in Tehran and stole the documents pertaining to Iran nuclear program.

They had six hours and 29 minutes to disable alarms, brake through two doors, open dozens of safes and safely escape the city before it was 7 AM in the morning. The Mossad exactly knew which alarms to disable, which doors to be broken and the exact safe lockers where the files were stored. Before the operation was conducted, it is said that Israeli’s had held surveillance of the warehouse for nearly a year. So, the entire mission was meticulously planned and the agents arrived on the night of January 31st to Iran. They carried blowtorches which burned at 3600 degree Celsius as they had to cut 32 safe locks. They knew which lockers contained the most crucial designs and opened them first and when the time was almost 5 AM, they were out near the border carrying some 50,000 pages and 163 compact discs of memos, videos and plans. 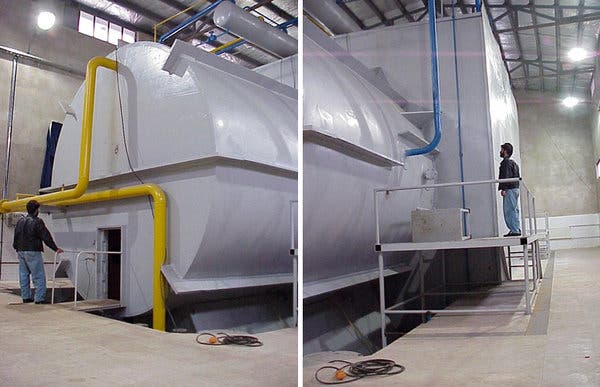 According to NYT, The Iranians began storing the files at the warehouse after signing a landmark 2015 accord on its nuclear program with the United States, European powers, Russia and China. The deal gave the UN nuclear watchdog access to suspected nuclear sites in Iran.

Israel claims that after signing the agreement, the Iranian regime collected files from across the country about the nuclear program, storing them at the warehouse. The warehouse wasn’t guarded around the clock so as to not arouse suspicion.

In order to confirm the documents, the Israelis had invited three reporters, including one from The New York Times, to whom the documents were shown. Robert Kelley, a nuclear engineer and former inspector for the agency, said in Vienna, after being shown some of the documents….“It’s quite good,” “The papers show these guys were working on nuclear bombs.” 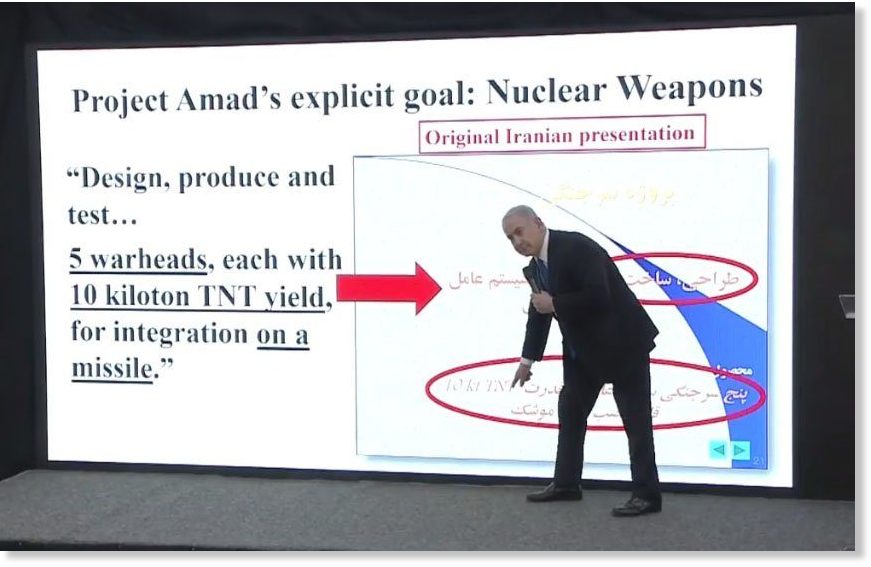 So, it was sure that Iran was working on atomic bombs since many years. However,The Iran rejected the claims and said, some of the documents were as old as 15 years and it was probably the work related to Project Amad which was halted many years back. But the Israelis handpicked the documents shown to the reporters, meaning that exculpatory material could have been left out. They said some material had been withheld to avoid providing intelligence to others seeking to make weapons (NYT).

According to the report, the Israelis suspect that the sophistication of the bomb-making technology of Iran was far more superior than what was suspected in 2003 during the Project Ahmad. They said that there may be foreign assistance to Iran which is providing them with the technology and Scientists. The Israel also said they suspect the help of Pakistan in the Iran Nuclear program.

The documents also revealed that Iran was consulting different experts to overcome drawback faced by Nuclear weapon Shahab -3, Iraninan Missile. One document also indicated of possible underground nuclear tests and building a batch of 5 nuclear weapons. But however many of the projects were not concluded as they feared that American and Israeli Intelligence agencies would sabotage their work and turn against them.

So, in a thrilling operation, the Israelis have not just sabotaged the Iranians nuclear program but also stolen their documents which contained their future plans. They have literally struck the foundation of the Iran’s nuclear base which will surely lead to a downfall in the Iran nuclear program.