This former Chief Minister who had turned his state into a safe haven to the terrorists, is now mocking..

This former Chief Minister who..

It has been 25 years since the 1993 Bombay blast took place, but the scar of the devastating act could not be wiped from the minds of people. The victims who lost their lives and their family members who lost their happiness still haven’t got justice. The blast that took place on the fateful day of 12 March, killed 300 people and injured over 1500 people. 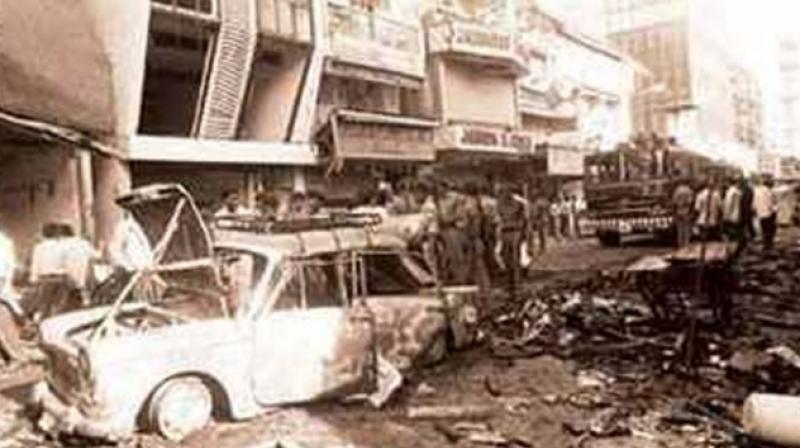 It was the first time that the dark face of terrorism was seen in India. It was first time India witnessed the face of Dawood Ibrahim.  These were the first serial-bomb-blasts of their kind in the world. The terrorists had used RDX and planned meticulously to make maximum impact. Many terrorists including Yakub Memon and Dawood’s aide were held responsible for planting bombs in Mumbai. While Yakub Memom was hanged in 2015, many terrorists including the prime accused Dawood Ibrahim is still at large. Of course, our intelligence agencies were capable of nabbing Dawood Ibrahim long back, but what failed them is our own politicians who never wanted to catch the real culprit for appeasement politics.

The first move of Sharad Pawar who was the then Chief Minister of Maharashtra proves how these pseudo secular parties have been protecting these terrorists and criminals in order to save their political future. Most people do not know how Sharad Pawar had spread fake news about the Bombay blast to save Dawood Ibrahim and Islamic terrorism.

On 12th March, 12 bombs exploded in the heart of Mumbai. All the bombs were specifically placed at Hindu majority areas which killed hundreds of innocents. Sharad Pawar very well knew that the target was Hindus and they will be soon aroused by the incident. He knew that the Islamic terrorism will be blamed which would not favour their pseudo secular narrative.

So, Sharad Pawar had then made a master plan to divert the people’s attention from Islamic terror. Just minutes after the bombs exploded, Sharad Pawar had made a fake statement on National Television claiming that there were 13 blasts and not 12 blasts. He announced that the 13th blast took place in Musjid Bunde area, which was a Muslim-dominated locality. But in reality no blast took place in any Muslim dominated area and the focus of terrorists was to target Hindus.

Sharad Pawar who wanted to save his vote banks, spread FALSE news saying all community people were attacked and Dawood was not responsible for the attack. It was very well known that Dawood Ibrahim master minded the entire bomb blasts as a revenge for the communal riots that broke out just a year before in Mumbai. Dawood had links with Al-Qaeda, and its leader, Osama bin Laden, as well as Lashkar-e-Taiba whose main target was India. 1993 Mumbai blast which mainly targeted Hindus, was one of the main reasons why the right hand man of Dawood Ibrahim Chotta Rajan parted ways with Dawood and became his biggest enemy.

In the later stages, the investigation revealed that the Mumbai blast was executed by Dawood Ibrahim with the support of Islamic terrorists. It also revealed how Tiger Memon, Yakub Memon played crucial role in selecting the areas dominated by Hindus and planted bombs in specific places for maximum impact. It was only after the investigation reports were out, the myth of LTTE attack was demolished. Finding no means, Mr Pawar had then conceded that he had lied to the Nation and mislead the entire country. He gave a stupid logic saying he mislead the Nation to prevent communal riots.

But the fact is, Pawar had intentionally hid the facts to save his vote banks. If people had understood that the real culprit behind the Bombay blasts was Dawood Ibrahim and Islamic terrorists, they would not have voted for a party which supports them in the name of minority politics. This is exactly why Sharad Pawar lied to the Nation about the Bombay blasts and claimed that Islamic terrorism had nothing to do with the incident.

This same trick was used by Congress after the 26/11 attack in Mumbai. Congress leader Digvijay Singh had released a book blaming the RSS and BJP for the 26/11 attack. The only thing that saved India and busted the lies of Congress was Tukaram Omble nabbing Ajmal Kasab alive. The entire narrative of Saffron terror and Hindu Terror myth created by Congress was demolished. So, the pseudo secular parties since decades are well known for twisting facts to appease a section of people just for the sake of winning elections. 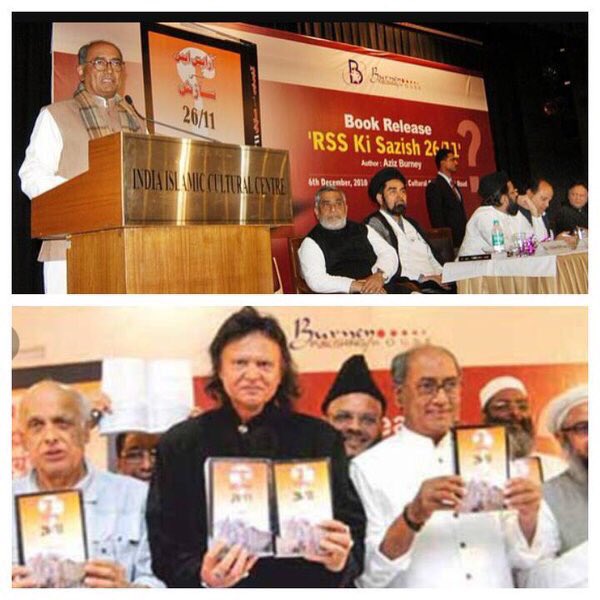 This has been the standard operating procedure of all so called secular parties who have destroyed India in the name of appeasement politics and have put the National security at stake by openly supporting terrorists and anti National elements.