Biggest scheme of Modi Govt to eliminate poverty! Millions of poor in India will be given Rs 2500 Basic..

Indians have got yet another reason to rejoice as an international report has now revealed that by 2030 India’s GDP will overtake that of United States. Surprised? Yes, and India will not just overtake by a narrow margin by almost 50 per cent more than the US.

The report made by Standard Chartered economists stated that “Our long-term growth forecasts are underpinned by one key principle: countries’ share of world GDP should eventually converge with their share of the world’s population, driven by the convergence of per capita GDP between advanced and emerging economies”. The economists were led by David Mann.

Livemint stated that “They project trend growth for India to accelerate to 7.8% by the 2020s while China’s will moderate to 5% by 2030 reflecting a natural slowdown given the economy’s size”.

In terms of GDP, the first sport will be bagged by China and followed by India. Not just these two nations, but the entire Asia is predicted to make certain gains. “Asia’s share of global GDP, which rose to 28% last year from 20% in 2010, will likely reach 35% by 2030—matching that of the euro area and US combined” said a report.

This massive growth of India is speculated because of the sound economical policies under the Narendra Modi government. It should also be noted that many of the top 10 economies of the world will spill down and will be replaced by the current emerging markets. This means the present global superpowers might run into terrible crisis.

One should also not forget that Indian stock market had overtaken many of the global powers in 2018. India’s Sensex is up nearly 6 per cent this year and this is a very positive trend for the nation. 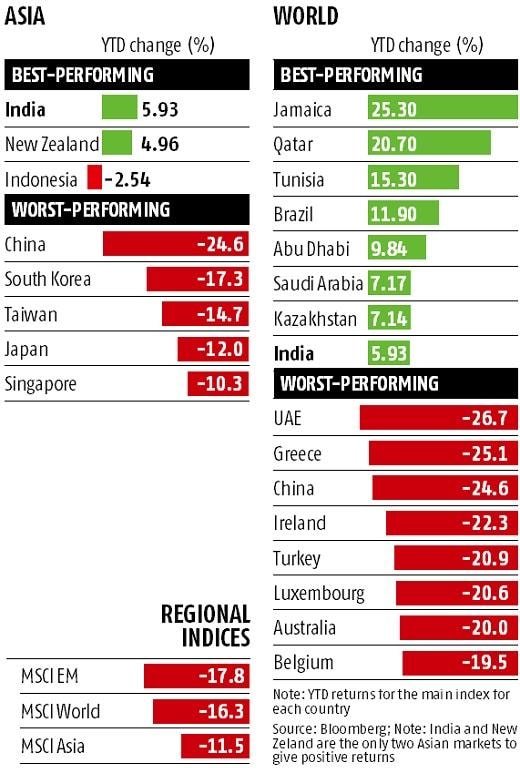 Rahul Gandhi, please do not give lectures on democracy, Do you know what you’re mother Sonia Gandhi did to Sitaram Kesari and PV Narsimha Rao 20 years back?! Sikkim got its first ever passenger plane!!! PM Modi accomplished the task that could not be done in the past 60 years of Congress rule