Do you think ‘out of court’ settlement of the Ram Temple issue is the real solution, check what would..

India houses some of the worlds best architectural marvels which can never be reproduced. Indians who were master of Vedas, Architecture, Astrology, Astrophysics, Mathematics, Science and Literature utilized the knowledge in the most constructive way and were responsible for some of the great works which are proved to be relevant even today. But it is unfortunate that the amazing works of these people have not received the appreciation they deserve and we still believe India is inferior to other developed countries.

One such wonder is the Brihadeshwara Temple in the Thanjavur, district of Tamil Nadu. The mighty temple was constructed by the great Chola King, Raja Raja Chola I in 1010 AD. It is one of the greatest architectural wonders ever built in the history of India which embeds many secrets which haven’t been solved even today. The Chola empire which dominated the Tamil Nadu and South India in the 6-13th century was regarded as the most significant period of the Tamil rulers. The rulers were great devotes of Lord Shiva, Vishnu and Parvathi and were regarded the mighty warriors of South India. The rulers Raja Raja Chola and Rajendra Chola who were famous in the Chola empire were said to have been very humble and brought in great development to Southern part of India. They constructed many temples which became world famous and used some of the most advanced techniques which were way ahead of their times.

1. The Brihadeshwara temple was initially said to be called the Rajesvara Peruvudaiyar temple, but in later stages, the Marathas have said to have given the name Brihadeshwara Temple for its massive size.

2. The entire temple is built by one of the hardest stone available granite. It is said that 130,000 tons of Granite was used for the construction of the main temple. But the surprising part is, the Thanjavur where the temple is located does not have any rocky mountains or hills from where they could get stones. So, it is most likely that they got stones from different place which was more than 100 Km from Tanjavur.

3. The temple has a stone cap or a tomb which weighs a massive 80 tonne which is close to 80,000 kilos. It is a mystery even today as to how such huge single stone weighing 80,000 kilos was placed at 216 feet. There are many theories which suggest how this stone was placed on top of the temple.

4. The temple is said to have more than 100 secret passages that connects to various other places and different villages nearby. These passages were used by the Kings when their life was in danger to escape unhurt. These passages also connected different temples and were used by all sages, queens to reach one temple from another. Most of the passages still remain closed and people do not know where exactly do they lead.

5. The temple is said to be constructed layer by layer and each layer is in the shape of a square and leads to the top. The main Vimana (Shikhara) is a massive 16 storeys tower of which 13 are tapering squares, these square blocks have inscription about Lord Shiva, and different dance poses have been inscribed.

There are also depictions of dancers in eighty-one of hundred and eight karanas (synchronised movements of hands and feet) in Bharata Natyam are carved here. These karanas are a part of karanas mentioned in the Natya Shastra of Bharata Muni or Sage Bharata. There is also evidence that the temple was a platform for talented dancers to showcase their talent. the inscription also explains the type of jewels they wore, the pearls and diamonds which were used during the period. total of twenty-three different types of pearls, eleven varieties of diamonds and rubies are mentioned in these inscriptions.

6. The sanctum sanctorum has a massive Shiva Linga which is 16 feet. tall (5 feet under the ground) and is made of single stone. This stone is said to generate electromagnetic energy which is constrained and channelized into the interior of the temple by the heavy stone placed on the top of the Gopuram. This also supports the scientific facts that the stone radiates back the energy into the temple and prevent it from escaping out. 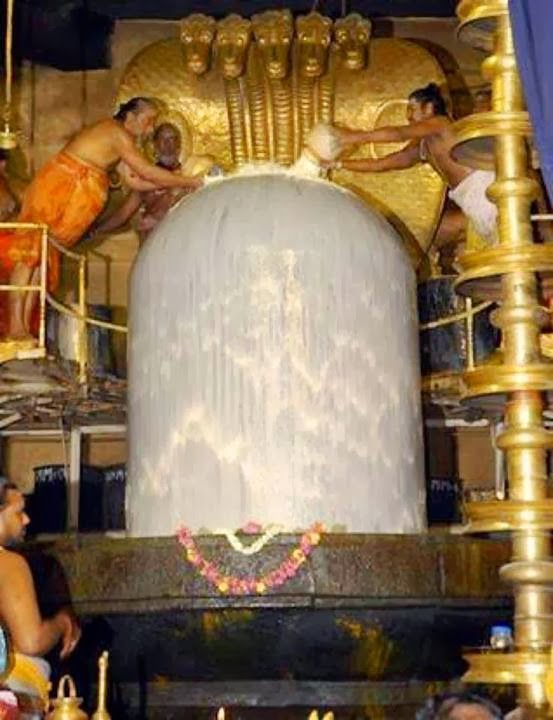 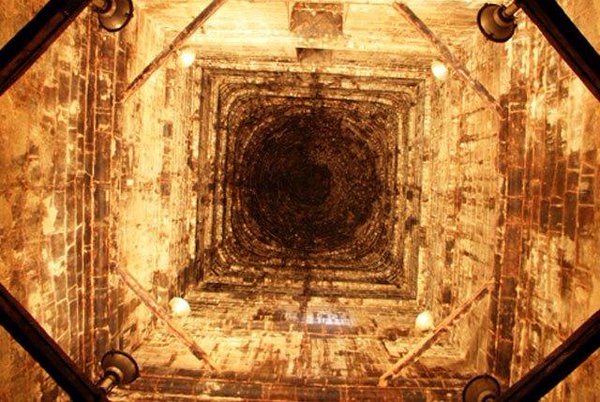 7. It is said Raja Raja Chola donated 4,000 cows, 7,000 goats, and 30 buffalos to supply milk and butter for the temple. 192 administrative staff were appointed by the King who updated him each day.

8. The temple has a statue of Nandi, which is also carved out of single stone. 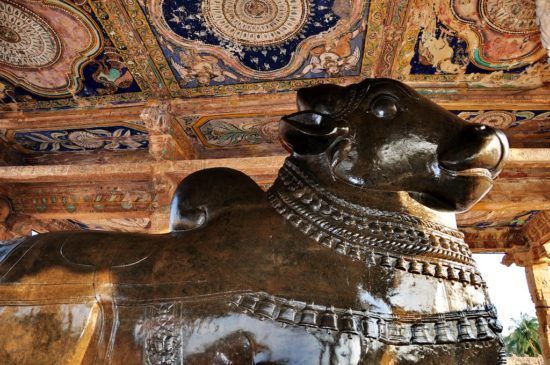 9. The temple is built according to the scientific principles of Vastu Shastra and the architect was Kunjara Mallan Raja Raja Perunthachan. His successors are even today the masters of Vastu Shastras in Tamil Nadu. 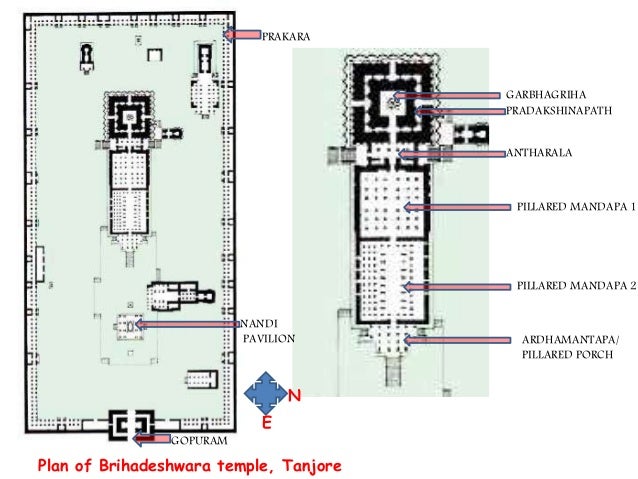 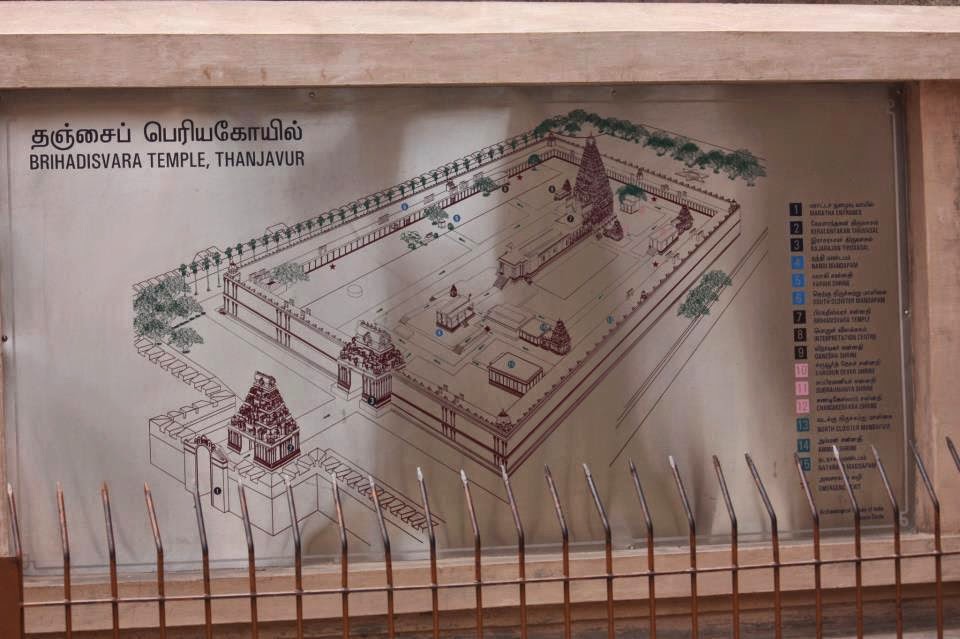 Not many know that this gigantic architectural marvel is bigger than the St. Paul’s Basilica in Rome, U.S. Senate, Versailles, the Houses of Parliament all put together and can easily house them within the temple. The other astonishing fact is that such huge temple was constructed in a span of just 5 years from 1005-1010 AD.

But unfortunately, this beautiful structure is not recognized as one of the world’s wonder. The simple reason is that our people never understood the greatness of the beautiful temple and believed that the only westerns were capable of building geniuses models.The construction is so perfect that this great temple survived 6 major earthquakes since 1000 years and did not suffer any damage. However, it was the foreign Mughal invaders who destroyed many inscriptions and writing on the wall.

It is sad that even today, this engineering marvel is still not recognized as the world’s wonder and many Indians haven’t even heard this beautiful structure.