Rahul Gandhi in deep trouble!!! Notice issued to Rahul Gandhi for sharing a video on Twitter, Do you know..

Unable to recover from the masterstroke of the Modi govt in J&K, this is how NDTV journalist Nidhi Razdan..

Unable to recover from the..

Few days back, the United Nation High Commission for the Human Rights had submitted a first ever report on Kashmir saying that India was violating Human Rights on Kashmir.

The 49-page report by the Office of the United Nations High Commissioner for Human Rights…”Report on the Situation of Human Rights in Kashmir: Developments in the Indian State of Jammu and Kashmir from June 2016 to April 2018, and General Human Rights Concerns in Azad Jammu and Kashmir and Gilgit-Baltistan” was not based on any ground report but was rather based on remote monitoring said the UN report.

They tried to mislead people with false information by vomiting all the atrocities and terror activities committed by Pakistan and only calling the firm action of Indian army against terrorists as a violation of Human rights.

“The quantity and quality of information available on Indian-Administered Kashmir contrasts significantly to Pakistan-Administered Kashmir. Despite challenges, NGOs, human rights defenders and journalists are able to operate in the Indian state of Jammu and Kashmir, generating documentation on the ongoing human rights violations there. Restrictions on the freedoms of expression, opinion, peaceful assembly and association in Azad Jammu and Kashmir and Gilgit-Baltistan have limited the ability of observers, including OHCHR, to assess the human rights situation there. Nevertheless, OHCHR used the information that is available to address the human rights violations occurring in Azad Jammu and Kashmir and Gilgit-Baltistan.”

Just as the report was out, India gave a befitting reply to the UN rejecting the report and called it fallacious and motivated.
In very strong words, India said that “The report violates India’s sovereignty and territorial integrity. The entire state of Jammu and Kashmir is an integral part of India. Pakistan is in illegal and forcible occupation of a part of the Indian state through aggression”.

India also said that the report was “selective compilation of largely unverified information, aimed at promoting a false narrative, distorts the truth”, “legitimises terrorism by referring to UN designated terrorist entities as armed groups”, and that “the entire state of Jammu and Kashmir is an integral part of India; Pakistan is in forcible and illegal occupation of a part of the Indian state”.

Although it is well known that UNHRC is a puppet in the hands of few nations, which funds terror activities and works against India, a scathing evidence has emerged which more so proves this point.

The Republic TV accessed a photograph in which the UN High Commissioner Zeid Ra’ad Al Hussein was posing himself with ISI backed lobby and terror organisation heads. 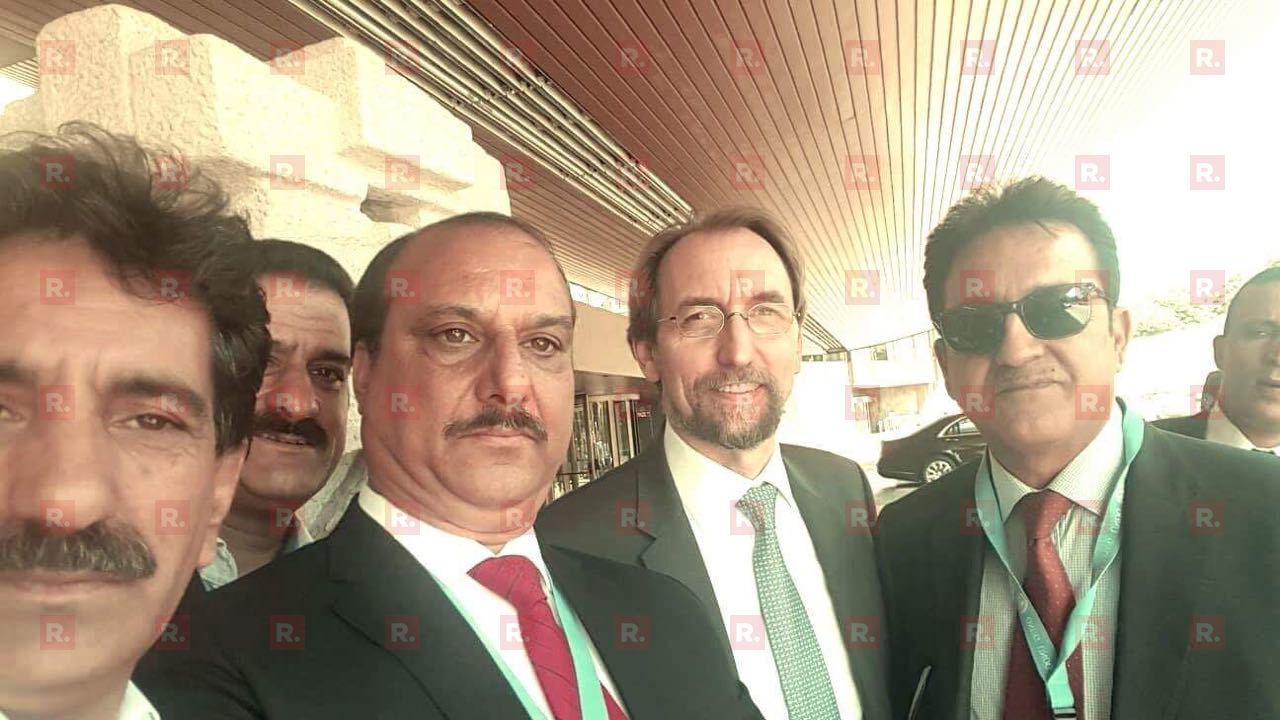 Along with him were, Faiz Naqushbandi of the All Party Hurriyat Conference in Pakistan, Sardar Amjad Yousaf, Altaf Hussain and Ghulam Hassan who are well linked with ISI and terror organisation in Pakistan.

So it is very much evident that the UN High Commissioner is happy posing himself with terror funders and giving reports against India to please his masters in Pakistan. What was the secret chit given by PV Narsimha Rao to Atal Bihari Vajpayee on the day of his swearing ceremony?! The Diamond Don who looted India with the blessings of P Chidambaram has now adopted a peculiar gimmick! Do you know what he said?