What is the strangest thing..

What is the importance of..

Ashoka Sundari was born with the power of Lord Parvati who was craving for a child after Karthikeya goes away from home. Lord Shiva and Parvati’s first child Lord Karthikeya leaves parents and moves out of Mount Kailash in search of his destiny. At the same time, Lord Shiva who was bound to save the universe from Demon Tarakasura’s children also goes away leaving Parvati alone.

Parvati faces loneliness and starts missing her son Karthikeya and wishes to have another child. Her loneliness takes her to a place near the tree Kalpavruksha. She remembers Lord Shiva’s words about Kalpavriksha solving everyone’s problem. Sitting under the tree she wishes to have a daughter who could end all her sorrows. She makes a model of a girl using mud and prays the Kalpavriksha to give life for the girl. Her wish will be granted and the girl will gain life. Parvati who will be excited to see her, names the girl Ashoka Sundari, Ashoka meaning the one who ended the sorrows and Sundari describing her beauty. 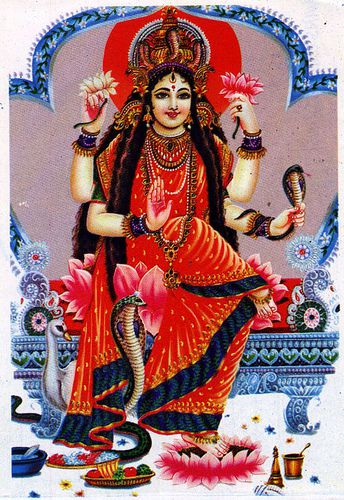 When Lord Shiva returns back to Kailash, he will be very happy to see his daughter who will be as beautiful as Parvati herself. He blesses her daughter that her existence will help the Dharma survive in the universe.

One day while Ashoka Sundari was spending time in Nandanvana with her maids, a demon Hunda sees the beautiful girl and falls in love with her. He tries to lure Ashoka Sundari with his power but fails to even gain her attention. Irked with her response, he disguises himself as a widow and requests Ashoka Sundari to accompany her to the hermitage of her husband. But she gets to know the treachery of the demon and curses him to be killed by a person called Nahusha, who would later become her husband.

Ashoka Sundari grows big and marries Nahusha of the Lunar dynasty, who would be as powerful as Indra. The Hunda demon again tries to abduct Ashoka Sundari and Nahusha finally kills the demon. Nahusha and Ashoka Sundari gets married and it is said that she gives birth to a son called Yayati and hundred beautiful daughters.

Ashoka Sundari or Tripurasundari is said to be one of the Goddess responsible for the spread of Dharma through her acts and conduct. She represents the divine love of mother and daughter and the one who ends the sorrows of parents. 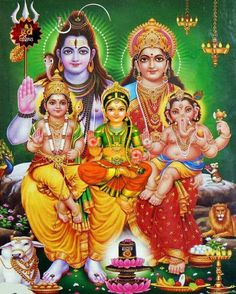