Modi Miracles continue in Udupi! Do you know what PM Modi said when the crowd demanded that they don’t..

While the media is busy spreading hatred and fake news, new Tripura CM has silently launched all out war..

While the media is busy..

Even after 70 years of independence, it is shameful, there are many villages in the country which do not have clean water to drink, access to electricity, toilets, proper roads, and fully services equipped hospitals, school and colleges. In the history of the country’s democracy, the Congress and the Nehru-Gandhi family were ruling the “throne” for a long time. Congress makes big claims about the development of the country. But the truth is that Congress has only developed its own family and never thought of developing the nation.

As questioned by the honourable Prime Minister today that In 2005 the then Prime Minister  Manmohan Singh had promised electricity to all villages by 2009. Sonia Gandhi also agreed to fulfil this promise. But then? Where are the results? Why four crore Indians don’t have electricity even after 70 years of India attaining independence?

Adding to the PM sayings, The proofs have also emerged again showing the failure of Congress Government and how they have played with the trust of people of the nation. A letter by Sonia Gandhi from 2005 has surfaced which reveals that the UPA launched a scheme to electrify India by 2009. But leave 2009, even after getting another 5-year term they people were not able to deliver their promise.

“I am very happy to know that the ‘Rajiv Gandhi Grameen Vidyuyikaran Yojana’ is being launched by the Ministry of Power. It is an initiative which will go a long way in realising the goal of providing access to electricity to all households by the year 2009.

This programme will speed up the development of our rural areas, generate vast opportunities for employment and contribute to more equitable growth. Harnessing science and technology for the benefit of our people was something dear to Rajivji. He would have been very happy with this programme.

I wish all those associated with the implementation of the programme success in this endeavour. Another proof has also emerged, presented at that time by the then Prime Minister Manmohan Singh making the announcement of the scheme where he also extends his greetings to Congress Chairperson Sonia Gandhi for her presence and strengthened on the point that ‘Rajiv Gandhi Grameen Vidyuyikaran Yojana’ is one of the most important promises that his government is committed to fulfil during their tenure. 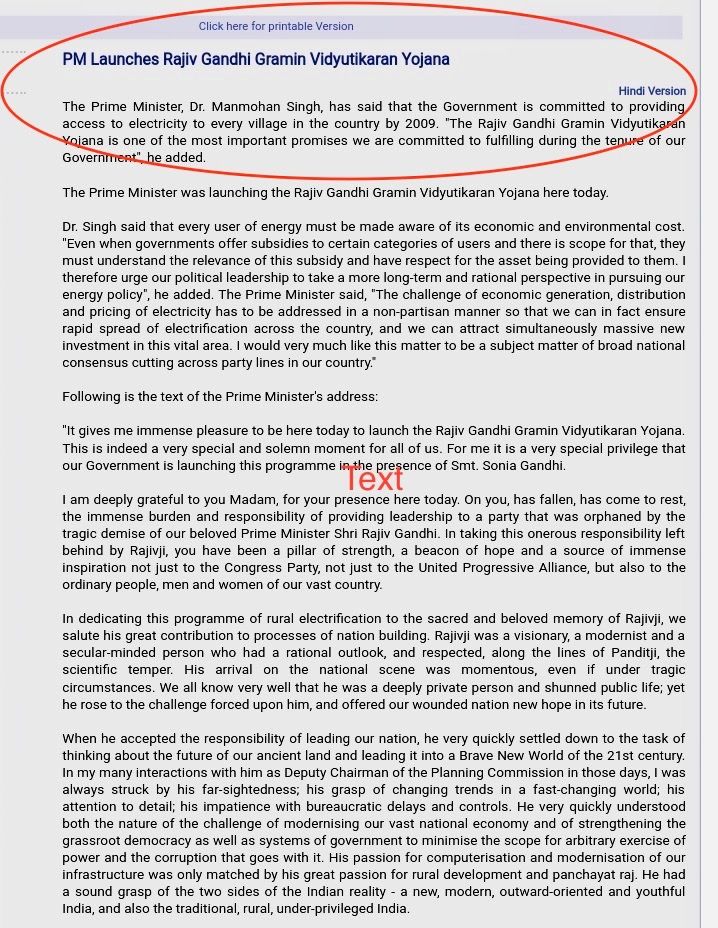 But this important promise remains unfulfilled even after getting another term also. This shows the reality of Congress party who has always deceived people. In 10 years also they were not able to electrify India and now after the BJP government came into power dissolving the Congress party in 2014 it has completed that work in a time span of 4 years only. It shows the Congress party is never willing to accomplish any task whatsoever time be provided to them.

By giving such a party another chance you yourself are gifting your nation in the hands of the destroyer. They will not give any power to nation ever as they only believe in having power only for looting the nation not for enlightening the lives of people of the nation.

Modi Miracles continue in Udupi! Do you know what PM Modi said when the crowd demanded that they don't need translator in their local language? RTI reveals how much PM Modi spends on his social media outreach, the amount will shock you!