What changes have taken place in Varanasi after PM Modi took over as their MP?

What changes have taken place..

(Refresh your browser to get the recent updates)

Will Rahul Gandhi accept this defeat without blaming on EVMs?

12:52 AM- Gujarat: After Initial fumble, BJP Retains All Four Seats in Prestige City of Rajkot

12:42 AM- Gujarat: Uttar Pradesh CM Yogi Adityanath said that “People have rejected the divisive politics of Congress, this win is due to the dynamic leadership of BJP and the hard work of its workers. I have said this before, a change in Congress leadership will work in favour of the BJP. Congress should concede the 2019 Lok Sabha elections”.

12:28 AM- Gujarat: “Will form Government in both Himachal and Gujarat with clear majority” Home Minister Rajnath Singh express his job.

12:27 AM- Gujarat: Jignesh Mevani-the man who abused Prime Minister of India and his mother- is leading by 10785 in Vadgam.

Hardik Patel proves that he is fit only for making provocative statements.

11:46 AM- Himachal Pradesh: BJP has won 3 seats and Congress has won just 1 seats. What is humiliating to the Congress is others have won 2 seats.

11:24 AM- Himachal Pradesh: The current trends show BJP getting 44 seats in the state, with Congress getting 20.

BJP workers celebrate outside party headquarters in the national capital as trends show victory in Gujarat and Himachal Pradesh.

11:00 AM- Gujarat: In Prime Minister Narendra Modi’s home district of Mehsana, BJP leads on only two out of seven seats. The ruling party is leading in Kheralu and Vijapur, while Congress is ahead in Unjha, Visnagar, Becharji, Kadi and Mehsana.

Even if BJP gets one seat more than the required majority mark, it will be a big victory.

A massive embarrassment to Rahul Gandhi. Has he inaugurated a new downfall for the Congress?

10:51 AM- Himachal Pradesh: BJP surging in 43 seats. The corruption charges of Congress has helped in favour of BJP.

10:48 AM- Gujarat: CM candidate Vijay Rupani wins at Rajkot. This is a masssive boost for BJP. Initially, he was trailing.

10:48 AM- Gujarat: PM Narendra Modi shows victory sign while arriving in parliament. Meanwhile, Home Minister Rajnath Singh says, “The results are in accordance with our expectations. It is a clear majority for our government. The victory should be attributed to PM Narendra Modi’s charisma”.

9:51 AM- Gujarat: The lead narrows down. BJP leading in 93 seats and Congress leading in 85 seats. Others leading in 5 seats.

9:33 AM- Gujarat: BJP crosses the majority mark in Gujarat, leading in 96. Congress slips to 82 seats. Others leading in 3 seats.

9:28 AM- Gujarat: Since 2002, BJP hasn’t won in Godhra where the riots took place but now BJP is leading in Godhra

9:24 AM- Himachal Pradesh: BJP leading with 40 seats and Congress with 22 seats. Others leading in one seat.

9:22 AM- Gujarat: Congress’ Arjun Modhwadia trailing by 989 from Porbandar.

9:19 AM- Gujarat: has taken the initial lead. Congress leading in 83 setas whereas BJP leading in 77 seats.

The entire nation has placed its attention on today’s assembly election results. Yes, today is the judgement day of the elections that were held on November 9th in Himachal Pradesh and Dec9th and 14th in Gujarat. The Congress President Rahul Gandhi used his every bit of political experience while he was in Gujarat. But he remained miles behind when compared with PM Modi’s charisma. Chanting slogans “Modi Modi” took place several times when Rahul Gandhi was visiting temples and traders in Gujarat.

Who will win the battle of Gujarat?

Every exit polls clearly predicted the victory of BJP in Gujarat and Himachal Pradesh. As soon as the exit polls were out, instead of accepting the defeat, Congress shifted the blame on the EVMs. This was a disappointing move to see in the democratic nation where elections are conducted in a fair manner.

What the exit polls on Gujarat said?

BJPis sweeping Gujarat, that’s what the exit polls predicted. PM Modi led BJP is undoubtedly seen crossing the majority mark required to form the government. Some predictions indicate that BJP will garner more than 75 percent of the seats. Gujarat has 182 assembly seats and a party needs 92 or more to form the government.

But the entire nation is eagerly looking at the exit polls of Today’s Chanakya.

#BattlegroundGujarat | #ExitPoll numbers out. Here's a look at vote share for #Gujarat according to a Times Now-VMR Survey. #GujaratElection2017 #GujratRound2 pic.twitter.com/n2ENZy9k4I

Who will capture Himachal Pradesh?

What is the role of Hardik Patel and gang?

Initially, the Patidar agitation seemed like a threat to the BJP but later on, the Patelsgot convinced that BJP is the only party that can respect their community. This reality was reflected in the words of Hardik Patel himself who on December 16th said that BJP is surging towards victory. How can he accept his defeat? That’s the reason he didn’t forget to blame the EVMs. 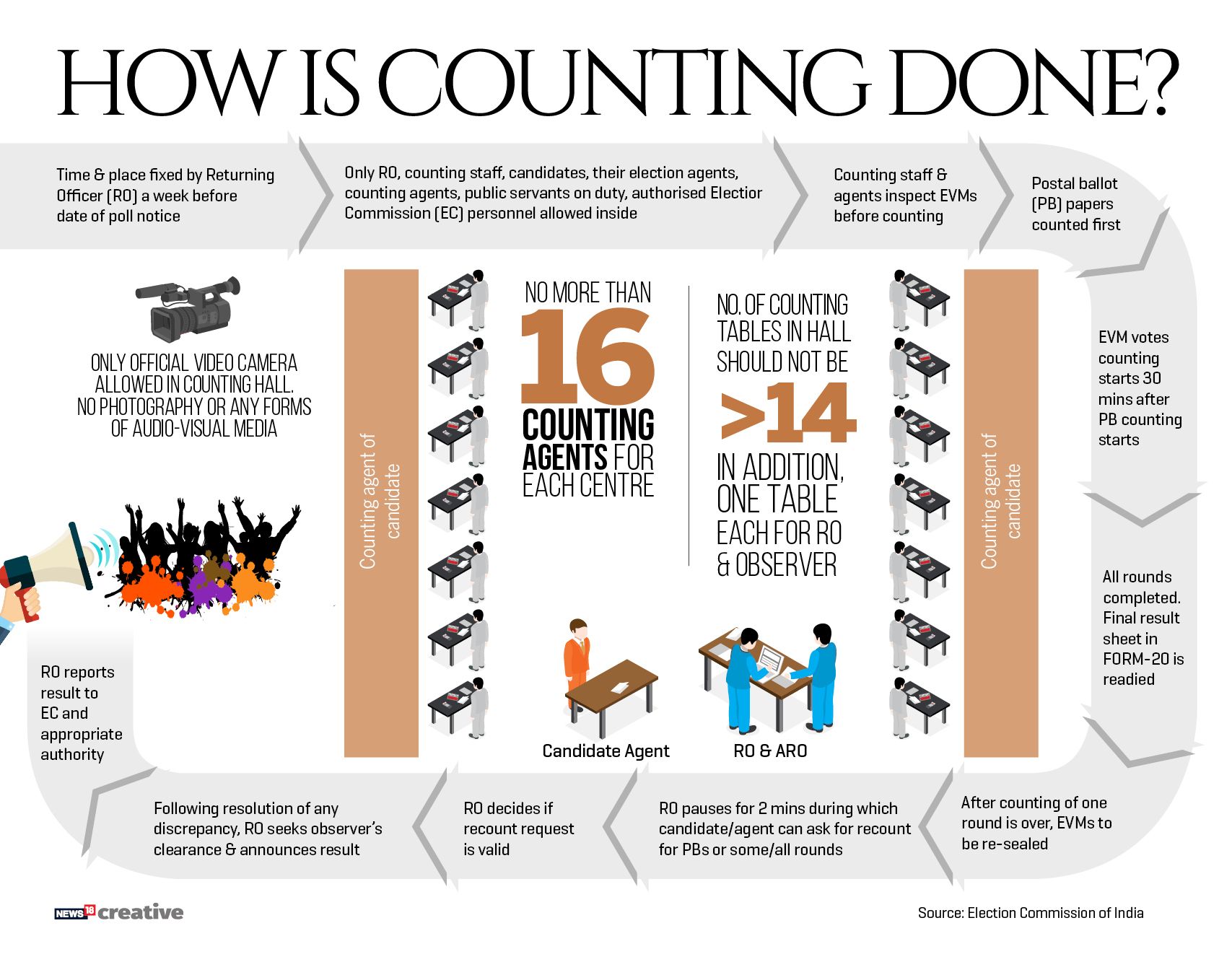