Why India Today should do..

It was during the second world war, the entire Poland was occupied by Hitler and Polish people were taken as prisoners. Millions of Jews were killed in concentration camps. This made many Jews fled to different countries to escape death.

Same time, over 600 women and children boarded a ship in order to escape from the brutality of the Germans. The Polish soldiers directed the captain of the ship to leave them in a safe and peaceful place, so that these people could find life. He said they will surrender to which ever country they are taken and it was their last hope of survival.

At first, the ship reached the post of Iran, but the women and children were not let in Iran The ship later reached another middles eastern country, where they were again denied permission. They were then taken to Adaan where the government refused to take them as refugees despite many requests.

At last, after many days, the ship reached the port of Gujarat in Jamanagar. The British general immediately refused to give refugee status to these people and asked them to leave. But the King Jama Saheb Digvijay Singh (also called Maharaja Digvijaysinhji Ranjitsinhji Jadeja of Nawanagar) who was ruling Gujarat heard the painful story of the Polish women and children and welcomed them in India. But the British were too reluctant and did not show sympathy. He forced the British empire repeatedly to allow the women and children to give shelter in India. Frustrated with the British attitude, the Maharaja ordered the ship to reach Rosi port in his province. There, he not only took care of the 600 women and children but gave place in his own Hawamahal palace. This embarked the beginning of the story of little Poland in India.

It is said that the Maharaja was so humble that he even made the children join the Army school in the place. The kids and the women stayed their for nearly 9 years without fear under the protection of the Jama Saheb.

Maharaja had said  “Do not consider yourself orphans, you are now Nawnagaris and I am Bapu, father of all the people of Nawanagar, so also yours.”

Despite the objections from the British, the Maharaja proudly said that they were family and even got adoption certificates from the British government. “Our father politically adopted them,” the king’s daughter Harshad Kumari, told once.

Mr Wieslaw Stypula, a Polish survivor says that since the Polish could not adjust to the food habits of India, the Maharaja even got cooks for them from Goa. “When we arrived at the camp, the Maharaja gave a party but he did not know what we children liked to eat… Despite being hungry, we didn’t like to eat at all. Bapu saw this and said ‘Don’t worry, I will fix this.’ He brought seven young cooks for us from Goa!”

Mr Jerzy Tomaszek, a member of the ‘Survivors of Balachadi’ says “I met Jadwiga (his wife) in Balachadi camp. I loved her since the age of 15 but married her at the age of 78. We perhaps need to thank Maharaja Jam Saheb for our meeting.”

Mr Jan Bielecki, another survivor says, “If not for the Maharaja, we would have been in trouble…. I still do not understand that in spite of being a true patriotic Polish, one part of my soul still misses India and thus does not make me fully comfortable in Poland, as I feel that India is still my home too.”

When the Maharaja was asked how did he give so much importance to someone unknown he had given statement to a Polish magazine saying that “Maybe there, in the beautiful hills beside the seashore, the children will be able to recover their health and to forget the ordeal they went through…. I sympathise with the Polish nation and its relentless struggle against oppression.”

The Polish people have great regard for India and the Maharaja for his unparalleled support, humbleness and generosity even today. The Poland government even awarded the Maharaja Commander’s Cross of the Order of Merit by the President posthumously. They also named Maharaja the Honorary Patron of the popular Warsaw Bednarska High School. In 2013, the Poland government also inaugurated the “Good Maharaja Square” in Warsaw. 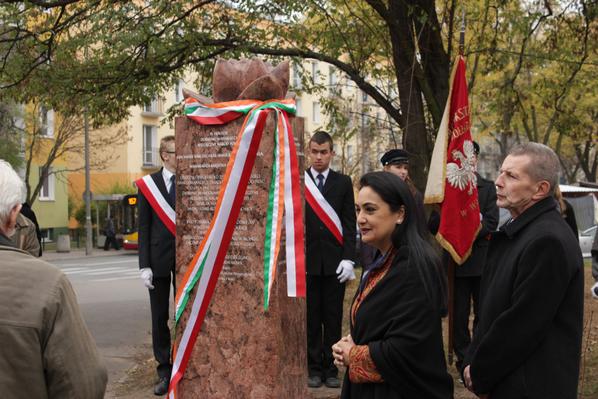 The Polish people appreciate the help and show gratitude towards India for giving them new life despite in the situation when India was itself suffering from famine and drought during the time.

This is a beautiful story which shows how India has always been tolerant towards people of all country and religion.