Do you know who really..

Mind Blowing analysis by an..

Marxism and Leninism has failed the country and also those who have propagated the thought like RC Guha. They need to be toppled. We need an alternate philosophy to make people earn and let others be employable. In spite of all these, the Keralites still vote for them. They, unfortunately, have to suffer the consequences. They had a chance to bring in good governance but chose to go the way of the sickle.
Kerala Chief Minister confirms 12,988 suicides so far since his government took office. This is the effect of the prolonged practice of Communism in public life.

Number of persons committing suicide on an increase in Kerala

In what poses serious questions regarding the mental health of people of the state, it has been revealed nearly 13,000 people in the state committed suicide in the last two years. Chief Minister Pinarayi Vijayan said a total of 12,988 people committed suicide in the state since the Left Government assumed office 21 months ago in May, 2016. Out of them are 2,946 women and 401 are children. Pinarayi made the revelation in a written reply to Kovalam MLA M Vincent. 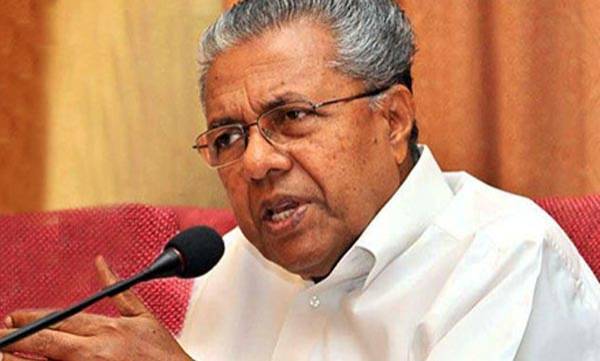 A total of 12,988 persons committed suicide in Kerala during the past 20 months, Chief Minister Pinarayi Vijayan said today. The number of persons committing suicide was on an increase, Vijayan said, adding that out of the total persons who ended life, 2,946 were women and 401 are children. The Chief Minister, however, did not disclose the details of the previous years.

The government also listed out the reasons for the suicides. As many as 822 people took their own lives due to financial difficulties, while 4,178 people committed suicide owing to family issues. Twenty-eight people took their lives owing to debt, while 2,325 killed themselves due to various diseases, Pinarayi said.

The data gains significance at a time when the state government is going ahead with a slew of initiatives for people’s mental health and to support people with physical and psychological ailments.

Seems like the Communist and the left wing is losing its credibility all over the country each day. The fall of the communist party in Tripura is leading t the gradual decrease of it in the whole nation. Good deeds never go unseen but your sins will never let you live in peace. Here comes an end to Dynasty Politics!!! Voters in Karnataka have taught Rahul Gandhi a lesson for choosing criminals to lead the nation Read What Rapists in Jharkhand did to 10 Year Old Girl for Resisting Rape! Should we build a Ram Mandir in Ayodhya? Hilarious : Ravi Shankar Prasad trolls Arvind Kejriwal in the most epic way ever – Read to know what happened ;)