In 2012 NASA had predicted the presence of water on Mars planet, but Indian sage Varaha Mihir predicted it..

While the nation believes in the fact that not allowing women into the temple is against constitutional morality. On the other hand, devotees of Sabarimala are against this principle as women of menstrual age were not allowed inside the shrine because Lord Ayyappa is celibate.

This temple in Kerala, has a unique ritual during a particular time period of the year. During the annual ritual called the ‘Naari Puja’ in this temple of goddess Bhagavathi, only women are allowed in the temple and the male priest washes their feet.

In Kottankulangara, which is a Hindu temple dedicated to the Goddess Durga Bhagavathi or Aadi Shakthi, has a unique festival when men, dressed in female attire, come to seek the blessings of the goddess. This temple also is situated in the land of Kerala. 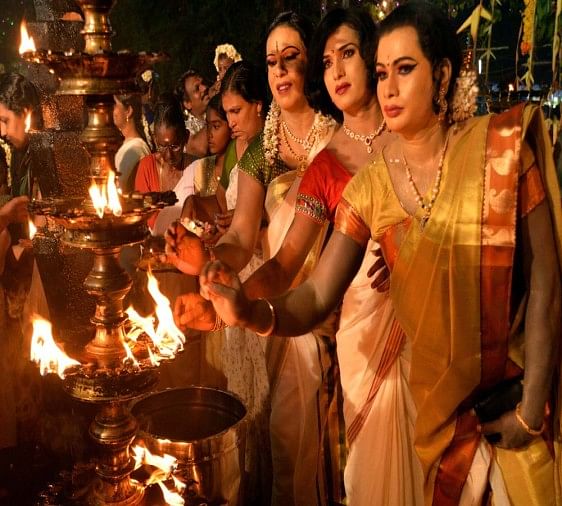 Located in Bihar, this temple situated in Muzaffarpur, only allows women to enter the shrine during a special period. Male priests performing their duties also are not allowed to enter the temple during this time.

Like the famous Kamakhya temple in Guwahati, the Kamakhya Peetham in Vishakapatnam also shuts its gates for men for some days in every month as it is believed that the goddess is having her menstruation cycle during this time.

It is believed that men are not allowed to enter the Savitri temple situated on the Ratnagiri hills in Rajasthan’s Pushkar because it marks the wrath of its Goddess Savitri. Legend says that she was enraged when her husband Lord Brahma married for the second time, following which she cursed him and started staying at the Ratnagiri hills.

This temple situated in Kanyakumari is dedicated to Kanya Maa Bhagawati Durga. According to legends, Bhagawati Durga went to an isolated area, in middle of the ocean, to do Tapsya (Meditation) so that she is granted her wish to marry Lord Shiva. Thus, only Sanyasi men are allowed till the gate of the temple, while married men are forbidden to enter the premises.

Situated in Thiruvananthapuram, this temple is dedicated to goddesses Kanyaka Devi. During the annual Pongala festival, men are barred from entering the shrine and only women participate in the merrymaking. This temple has also made it to the Guinness Book of World Records for this unique festival.

Well, the temples mentioned above have remained consistent in following their rituals from a several decades. And this routine has been followed by every men and women visiting the temple as a devotee. Intellectual thinking is on one way and spirituality is on the other hand.

Well, talking about the recent verdict regarding Sabarimala, the court asked the Travancore Devaswom Board to prove that the restrictions are not unconstitutional. The moment they say they are being excluded, then the burden is on you to show is that the practice is not unconstitutional because it is clear that you are excluding them.

Chief Justice of India Dipak Misra said that customs and norms should be anchored in fundamental rights and duties. Supreme Court maintained that women have the constitutional right to enter the temple and pray without facing any discrimination. What applies to a man applies to a woman too.