United Nation General Assembly (UNGA) President praised India and said that “Under the leadership of PM Modi India has..

Chargesheet filed against the Congress..

America is taking a harder stance on India. India should not buy its defence equipment’s from Russia so America is putting sanctions on the Russia. But India has made it very clear that it will not bow in front of pressure exerted by US and is not going to weaken its ties with Russia at any cost

Currently India is signing a pact to build six new powerful reactors from Russia plus it is also eyeing on acquiring the Kamov helicopters, space-based systems and other weapon systems from Moscow to enhance its space capabilities. 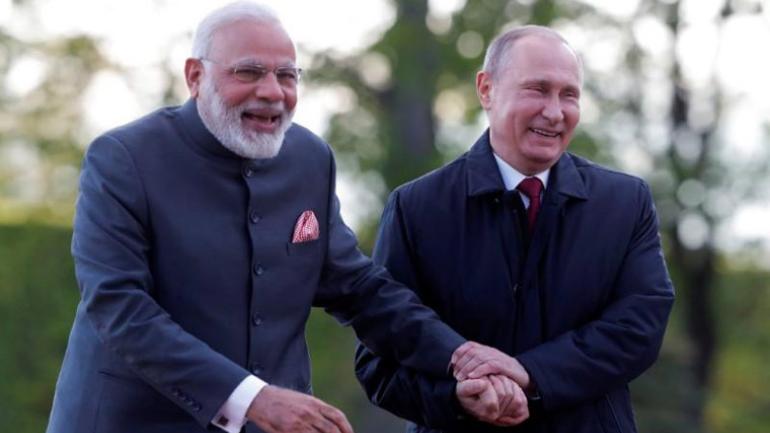 The threat posed on India by US under the Countering America’s Adversaries Through Sanctions Act (CAATSA) even raised doubt in the mind of Russia about whether India will continue its partnership with Russia or not.

A Russian naval officer questioned Army chief Gen Bipin Rawat who was on his Russia visit, that India seemed to be looking westwards at America, which has put sanctions on Russia, and that Washington has also threatened to impose restrictions on New Delhi for dealing with Moscow. Will India back off now?

To this, Army Chief responded saying, “Yes, we do appreciate that there could be sanctions on us, but we follow an independent policy”. Although we will be buying some technology from America we are not going to loosen our ties with Russia in spite of the fact that we may face challenges from America in the future

In fact the action of India led US to bow down in front of India. The US which earlier tried to stop India from getting deal locked reversed its words afterwards and said that its intent to slap sanctions on Russia was not aimed at causing damage to the military capabilities of its “allies or partners.”

This all if has become possible is due to only one person-Prime Minister Narendra Modi. PM Modi’s diplomatic skills have no match .The “New India” of PM Modi is primarily concerned about nation interest and is not afraid to take any decision under international pressure.

At any cost, PM Modi Government is not going to put the national interest at stake like previous Government did. Time has gone when India will bow in front of other nations. It’s time of other nations to work with India on terms defined by India.

Modi govt will exchange rice for Iran’s oil! Here’s how this masterstroke of “Chaiwala” will strengthen the value of Indian rupee front of US Dollar