PM Modi at his best! In a tit for tat move, India retaliates against hefty US tariffs, hikes import..

After BJP walks out of..

Despite many attempts, it has not been possible for the government to control the infiltration of terrorists who are being protected by the local people. Now, the BSF (Border Security Force) has come with a new idea to use snipers in places of infiltration to bring the situation under control.  The team aims to check and avert any untoward event ahead of the Amarnath Yatra. Intelligence agencies suggest militant activity at launching pads across the border aiming to sneak into the valley  (WION report). BSF’s Central School of Weapon and Tactics (CSWT) in Indore is called the Sniper factory where one of the 100 jawans is selected as a sniper. 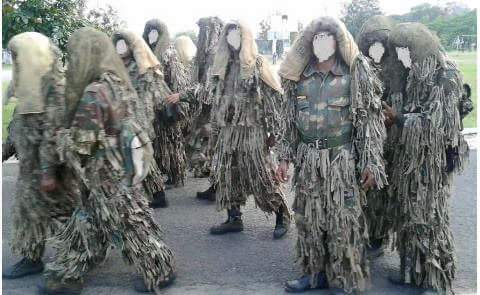 The sniper team first identifies the places of infiltration and look for places where they can hide from the eyes of enemies and attack them when required. The snipers usually follow the eliminate procedure by entering into the enemy territory.  The snipers wait for the enemies to make the first move and then retaliate in the appropriate time.

According to reports, on June 3rd of this year, SN Yadav and BSF Constable V Pandey were killed in the border. But the investigation revealed that it was the Pakistani sniper team who had attacked them to facilitate infiltration of their people. So, the Indian army in its counter operation is deploying snipers at sensitive areas to tackle the situation.

These above reports show that Pakistanis are using snipers extensively to target Indian soldiers guarding the border. The reason why there are so many casualties is because the snipers are trained to make every bullet count (One Bullet-One Target) and there are less chance that the enemy escapes. So, in retaliation, the Indian BSF has decided to use the best sniper teams in border areas to avoid casualties and prevent infiltration.

This decision was taken after the terrorist issued threat on Amarnath Yatra which will commence on 28th June. As per intelligence inputs, several terrorists are camping near the Line of Control (LoC) so that they can infiltrate and target the pilgrims. The snipers face most tough task as they first need to identify the hiding place and be patient. They remain in hidden places for days without making a slightest movement which makes it impossible for the enemies to identify them.

Former Karnataka CM Siddaramaiah will go to jail? Court orders to file FIR against him in a 25 year old case! An Act Of Unparalleled Sacrifice Which Changed The Course Of Rajput’s History! The Story Of ‘Panna Dai’ – A True Rajput’s Veerangana! Prime Minister Modi to meet ‘Baby Moshe’ in Israel, read to know who is this important person!