Why is China worried after..

Do you know who brought..

Years ago, a bunch of Congress leaders used to praise whatever decision was taken by the Congress high command. Even though if it was deadly to the nation, they didn’t go to criticise the decision fearing to lose their position in the party. Then came Mr Narendra Modi, who is praised not just by his partymen but even by the legends of every field.

An incredible speech by our Prime Minister @narendramodi ji .. Covered such important and pertinent global issues. When a leader of such a stature speaks, the world truly listens. ??? #PMinDavos

Rohit Sharma who is known as the “Hitman” had hit the “Modi-haters” with this single tweet like a deadly missile. The tweet became an instant hit as it was liked by more than 26,000 people across the globe. Let me tell you that, the praise was not of fear, the praise was not of the greed of getting any reward from  Modi government. But this praise was purely to the works done by the Indian Prime Minister, Mr Narendra Modi.

What was the magic done by PM Modi at “Davos” that impressed “Hitman” Rohit Sharma to the fullest?

Even in the World Economic Forum, PM Modi showed the world that Indian Economy has grew 6 times in just a few years!

With this, PM Modi reminded the world that Indian Economy is heading forward in the rocket speed. 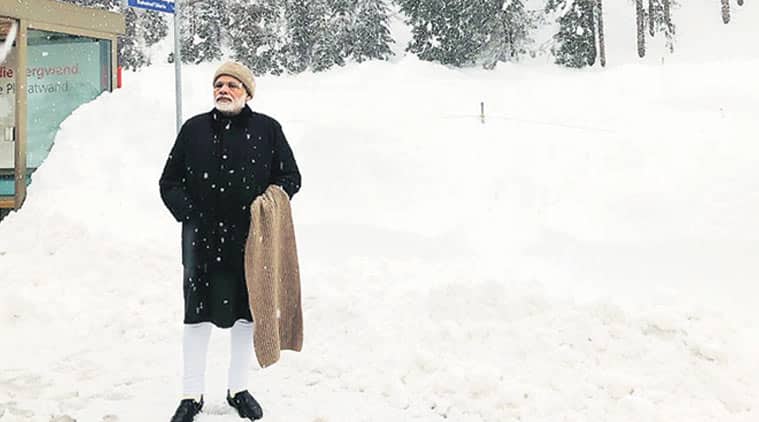 Soon, the Twitterati went crazy and the comments section flooded with praise and warning to “Hitman” Rohit Sharma

Be prepared Rohith Bhai you could be termed as Sanghi !!!! and they may also say you got into Indian Cricket team only through recommendation of Sangh Parivar

Exactly Rohit bhai…After all He is Our great PM…Mr.Narendra Modi jee….we really feel proud of having a PM like him… Prime Minister Modi’s next choice for Foreign Secretary is an expert on China! Know who he is! What is Being Planned Behind the Closed Doors of Prime Minister’s Office About Pakistan??? Did Mahatma Gandhi really try to save Bhagat Singh, What letter did he write to the British?