Even though Prime Minister Narendra Modi is one of the most powerful leader not just in India but across the world, his family haven’t interfered in political matters. But one might have curious about what PM Modi’s family thinks about the 2019 Lok Sabha elections, which is considered as one of the most important election since India’s Independence.

And now the wait is over as the brother of PM Modi, Mr. Prahalad Modi has expressed his view on the 2019 Lok Sabha elections and predicted that PM Modi will come to power by winning over 300 seats. He stated “I am confident that the next general elections will be a repeat of 2014. BJP will get more than 300 seats and Narendra Modi another term as Prime Minister” at the airport in Karnataka’s Mangaluru on 12th February.

Further praising his brother, Prahalad Modi said that the NDA-led Modi government at the Centre had been successful in implementing various development works throughout the country in the last four and a half years.

Months ago, Mr. Prahalad Modi had backed a strike held by the Trade Union in West Bengal and this led to the speculation that he is against the Modi led union government. Few propagandists even claimed that Prahalad Modi will join TMC.

But Mr. Prahalad Modi dismissed such news as he went to back the Modi government and said “As I am the leader of the fair price shops’ federation, we place the problems of our people before the government. Sometimes we may criticise its policies too. But I am not against the Union government”. He clarified that he won’t support Mamata Banerjee saying “I never said I would support her (Mamata Banerjee). My brother is important to me. As a family member, I will campaign for him in the coming election”. 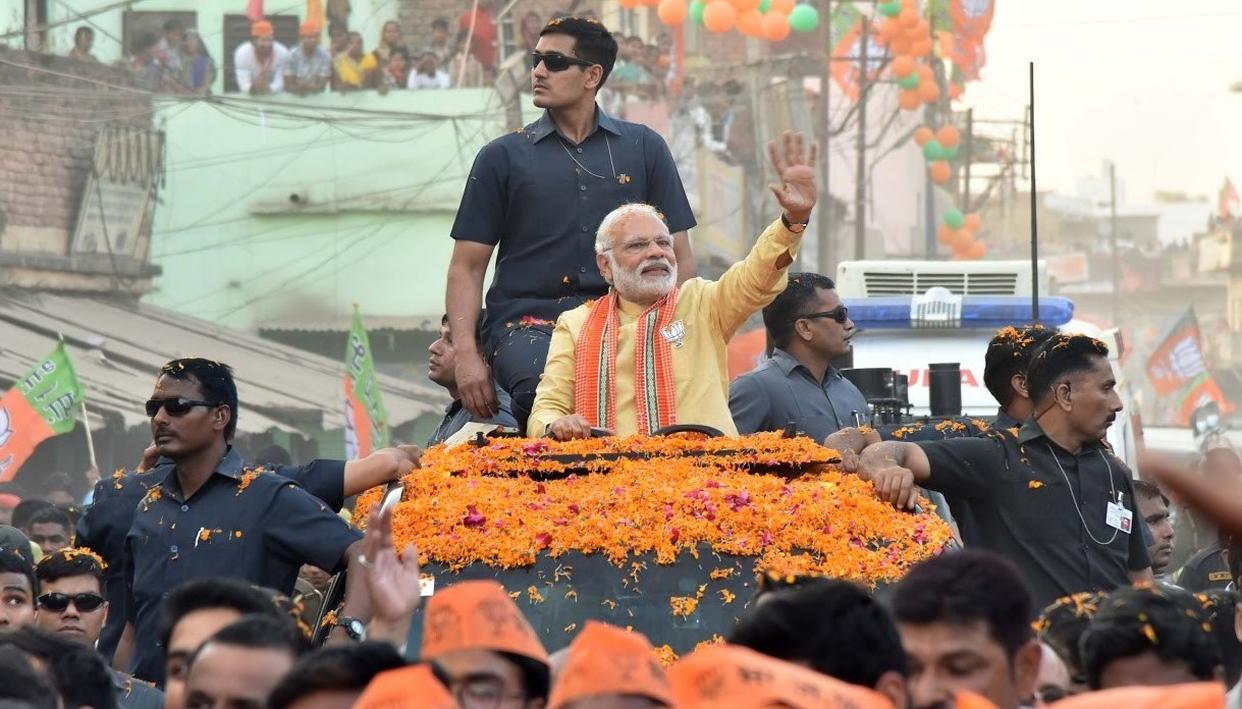 Now you might ask whether Prahalad Modi is interested in joining politics. Answering one such question, he said “What is the need for two of us being in politics. One (Narendra Modi) is enough. When so many (parties) are scared of one (Narendra Modi) why do we need two? I never wanted to and will not join politics”.