After IMF and United Nations, India gets praised by yet another International Organisation! Now India gets hailed by WHO..

After IMF and United Nations,..

We have rarely or almost not seen PM Modi speak about any religion issues after he became the Prime Minister of India. He mostly remained silent on these issue because they would create controversy while the case was in court.

But it has been 28 years since the Ayodhya issue reached the court and still there has been no closure to the case which the entire country is waiting for.  Despite many pleas and PIL’s by various people requesting the courts to deliver the verdict earlier, the courts have ignored their pleas which has definitely irked everyone.

The Congress which has always supported the Muslims in Ayodhya case definitely knows that the Archaeological evidence is in favour of Ram Temple and the verdict will affect their agenda of minority appeasement. Which is why they do not want the verdict to be out before 2019 elections.

But the matter which is being asked to be fast tracked since 2015, is getting delayed deliberately due to repeated interruptions from adjournments requested by the Muslim petitioners. The Muslim petitioners are being represented by none other than Congress leader and Sonia Gandhi’s close aid Kapil Sibal who is desperately trying to delay the case.

This ill tactics of Congress has irked the entire country and Hindus who are waiting to end the 28 year long case. Recently, the Supreme Court also refused to hear the Ayodhya case claiming it had other priorities  which did not go well with the people. The Supreme Court vaguely said it will take up Ayodhya case in January.

PM Modi who remained silent all these years, has finally spoken on the issue saying that the Congress was mainly responsible for delay in Ayodhya case and it was creating an atmosphere of fear in Judiciary by threatening the judges if they do not stick to their demands. He made a direct attack claiming the Congress did not want the Ayodhya verdict now as it would affect their votes in 2019 elections.

Congress creates an atmosphere of fear for the judiciary. They tell the Hon'ble Supreme Court to delay the Ayodhya hearing due to 2019 elections! They do everything possible to impeach the Chief Justice. How can such things be accepted: PM @narendramodi https://t.co/BEjUzYO0cu

New tricks of the Congress:

Send lawyers to the Rajya Sabha.

And, if a Judge does not give verdicts they like then bully them with impeachment threats.

Congress’ black deeds will not succeed till I am here. pic.twitter.com/qJeOiPDZDR

It can be very well remembered how few judges of the Supreme Court had went to media complaining against the Former CJI Deepak Misra and blamed him for not co-operating with cases. But this was not the end,  the Congress threatened the CJI of impeachment when he refused to form SIT in the justice Loya death case as there was no sufficient evidence. The Congress along with other parties wanted to move an impeachment motion against the Judge which had created huge controversy. 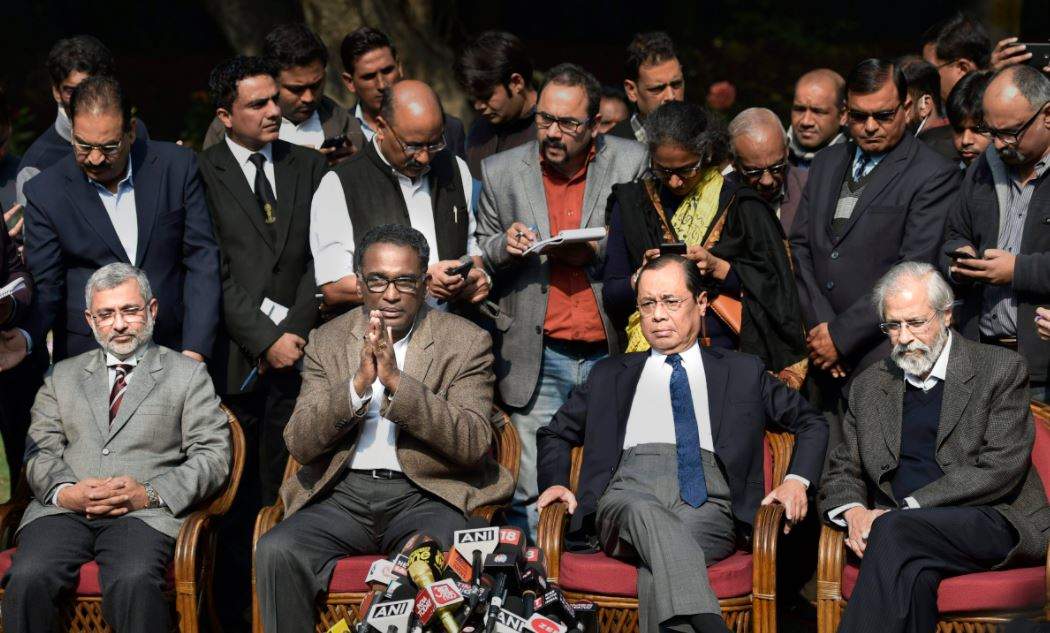 It was a well known tactic of the Congress to pressurize the CJI against giving Ayodhya verdict and also threaten him to form SIT against Amit Shah in Justice Loya case. But soon Misra’s term came to an end and Ranjan Gogoi was named as the CJI. After he took charge, things are moving exactly as Congress wanted for what so ever reasons.

Not to forget Ranjan Gogoi was also one among the 4 judges who went to media against former CJI Misra.

This is exactly why PM Modi has taken the issue to people’s court and gave the correct version of the ongoing Ayodhya issue which has made people realise the politics that is being played in judiciary.