Heights of hatred against PM..

PM Modi has attained another feather in his crown as Facebook has declared him as the world’s most popular leader on Facebook with 56 million cumulative likes. On 11th April, a report stated “Prime Minister Narendra Modi, with over 43.5 million likes on his personal Page and 13.7 million likes on his official Page on Facebook, is the most popular world leader on the social network as more world leaders are now paying to promote their posts”.

Facebook–a social media networking site where people from all the age groups are largely found–is used by political parties across the globe. But PM Modi topping the list is a symbol that he is accepted as a global leader.

As per the “2019 World Leaders on Facebook” report, the second placed is bagged by the United States President Donald Trump who has more than 23 million likes. The third place is bagged by Jordan’s Queen Rania who has 16.9 million likes. Note that the report is prepared by leading global communications agency BCW (Burson Cohn & Wolfe). 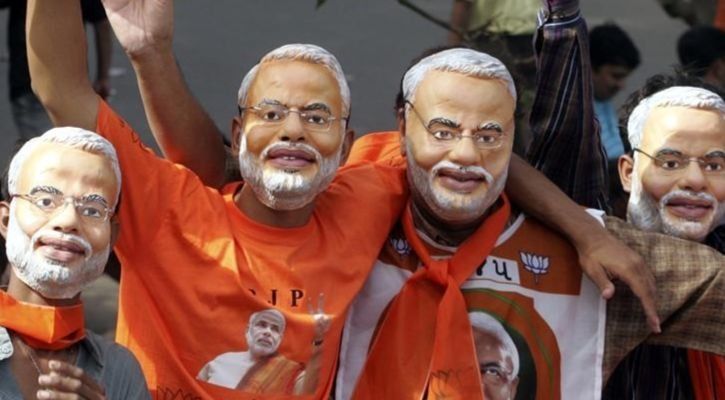 The awards received by him in the past holds a mirror to his achievements. Zayed Medal, Seoul Peace Prize, Philip Kotler Award, UN Green Award, Grand Collar of the State of Palestine, King Abdullaziz Sash Award, Amir Abdulla Khan Award and The Order of St. Andrew are some of the awards received by PM Modi from other nations and global organisations. Burnol Moment for Opposition!!! An American Professor praised PM Modi Govt, said “This is for the first time that India has a government which is non corrupt and seriously working for people”