Did Rajiv Gandhi sack his..

Looks like the pseudo secular parties are worried about the Hindu galvanization in the country. During the Gujarat elections we saw Rahul Gandhi’s another stunt of playing soft Hindutva card calling himself a Janeudhari Hindu and visited over 20 temples to appease Hindus.

But now, Mamata Banerjee who has posed herself as a hard core Hindu hater with her minority appeasement and gone to an extent of giving free run to terrorists and anti social elements is now suddenly worried about Hindu votes. The recent assembly byelections in Sabang and Dakshin Kanthi has given a massive jolt to Mamata Banerjee in which the BJP’s vote share increased many folds.

The TMC which had got 1,06,179 votes and the BJP, which had won only 5,610 votes in 2016, jumped to 37,476 this time giving a tough fight to TMC. Mamata Banerjee soon realised that BJP was being very successful in galvanizing the votes of all Hindus including SC, ST, OBC breaking all caste barriers. It is said that many BJP leaders are involved in massive ground work which has made Mamata Banerjee worry about Hindu votes.

Mamata Banerjee’s extreme minority appeasement had definitely made the Hindu community worry in West Bengal. The repeated attacks on Durga Pooja, Deepawali and other festivals made Hindu strongly believe that Mamata Banerjee was going out of the way to appease Muslim vote banks. Her support to Imam Barkati even after he raised Anti India slogans and called for Pakistan’s help to launch Jihad in India had sent a strong message of her appeasement politics. The repeated attacks on BJP office and murder of BJP/RSS people in West Bengal was another factor which is making Mamata Banerjee look like a dictator.

Hindus have mainly suffered since 2-3 years because of major communal clashes that happened in many places of West Bengal. The Hindu families were attacked, threatened and chased away from their native by few minority community during the riots. But even then, Mamata Banerjee failed to take any action against the criminals but rather tried to protect them for votes. It is reported that there were 12 communal riots in West Bengal since 2 years. The Malda riots and Dhulagarh riots were worst of all in which more than 100 -200 families were killed and rendered homeless. 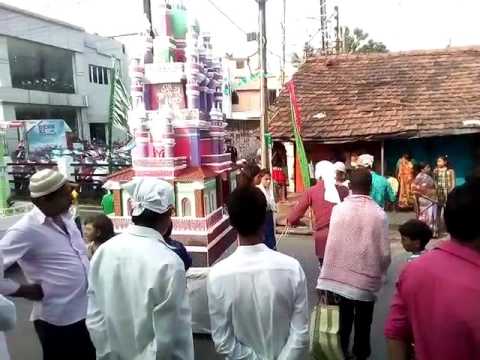 But now, after a massive jolt in by polls, Mamata Banerjee is again back to appeasing Hindus. She has probably changed her campaign trail and spent around one hour at KapilMuni’s ashram with its chief priest Gyandasji during her Gangasagar visit on December 26, ahead of Makar Sankranti on January 14. This was an attempt to vow the Hindu votes.

She is also trying to vow the dalit vote bank which is now slowly drifting away to BJP for which she formed SC advisory council, a separate welfare board for the Rajbanshis in north Bengal to take care of identity politics. The CM has set up boards to renovate temples: Tarapith, Tarakeswar, Kalighat — as she has done for Furfura Sharif. The government is also upgrading tribal burial grounds.

These are clear indications that shows she is making desperate attempt to bring back the Hindu trust which had vanished in her minority appeasement. We have to wait and watch how long will she continue her new drama of Hindu appeasement! Is it true that Karnataka CM Siddaramaiah is scared of this mysterious lady named Nowhera Shaikh, who has got support from Salman Khan’s family to contest in Karnataka elections?