Mindblowing!!! Indian Army defeated China in two consecutive battles; Know the untold story of how China was defeated in..

Why did Andaman and Nicobar islands became part of India although they are much closer to Malaysia, Thailand, Sumatra..

Why did Andaman and Nicobar..

He was the descendent of the great warrior Prithviraj Chauhan. He could have enjoyed all the luxurious facilitates as he was a Zamindar. But he began to light the fire among the Indians against the British exactly 90 years prior to that of the great soldier Mangal Pandey.

Let us go back to 1770 to know about the first freedom fighter. He was Raja Narayan Singh of the Pawai Dynasty. It is believed that he was born in the year 1746 somewhere near Varanasi.

But in the year 1770 he refused to pay tax to the British when there was famine in the area. The greatness was that the Raja distributed his own wealth among the people. This makes him a unique king from others.

The Raja lived in a Kaccha House!!!

Pawai Durg Palace was destroyed in the year 1778 by the British. After this the Raja opted to stay in a Kaccha House. Looking at this, the British sent a tax collector to Raja Narayan. But what was hilarious was that the collector was severely beaten up by Raja Narayan. This left the British hugely embarrassed.

Shahbad’s then collector Reginald Hand in his 1781 book ‘Early English Administration’ referred to the Raja as the “first enemy of British” on page 84 of the book in the chapter ‘Powerful Jamidars’. 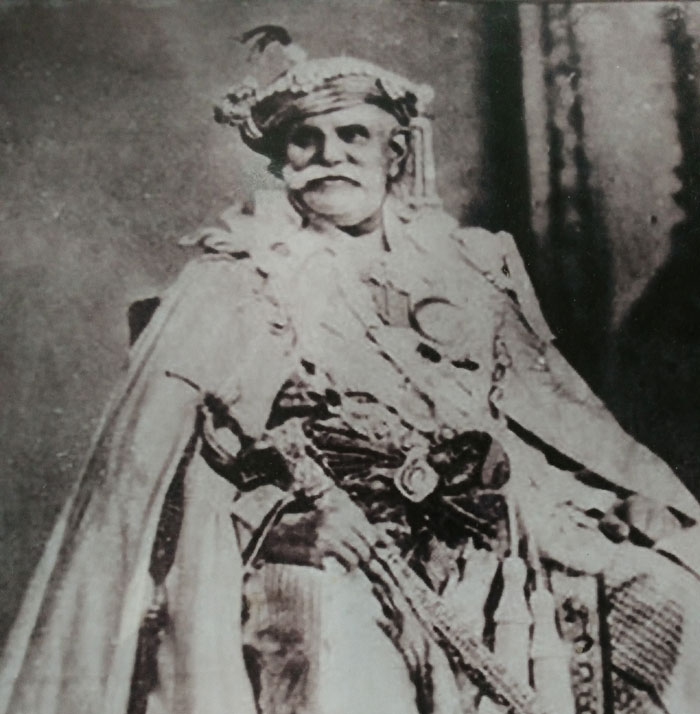 Raja Narayan Singh worsted the British “hand in hand” from 1770 to 1781. On March 5, 1778 he defeated and prevented them from entering Varanasi. Raja also offered his support to Raja Chait Singh of Ramnagar (Varanasi) to fight against the East India Company.

From here on, Raja became a rebellion and opposed to the British. There was even a fierce battle between Raja and Major Crawfurd after the Raja decided not to provide boats to the British officer in the bank of Sone.

Major Crawfurd was then forced to change route and travel to Rohtas, where Raja Narayan Singh had collected a large body of “matchlock men” to resist the invader.

But Raja Narayan Singh again disrupted British plans by joining Bechu Singh and Chait Singh’s Fouzdar at Marban with an army of 15,000 men.

“I apprehend they contain evidence of rebellion sufficient to disqualify him from again exercising the office of zamindar.” This was the Charter after the British considered him as a rebellion.

But the Raja was arrested and sent to Dhaka as a state prisoner on March 5, 1786. Raja Narayan Singh died just after few days of his release.

The spiritual mystery behind Indira Gandhi's Death! Why was she assassinated on Gopashtami?

Why did Andaman and Nicobar islands became part of India although they are much closer to Malaysia, Thailand, Sumatra and Myanmar? Why the Quint Journalist whose sting operation lead to Jawans suicide should be shown no MERCY?! This is how Pakistan kidnapped an Indian from Iran and is torturing in the prison!!! The secret deal between the TDP and Congress in Karnataka, who sent 1000 crore to Congress for elections? The real face of Mughal emperor Babur which no history books will tell you!